Two Mindsets That Directly Impact The Success And Reward You Experience

Bring yourself to market today, and start networking powerfully, and begin to interview for and receive great new job offers that prove clearly what your work and your thought leadership are worth to others. 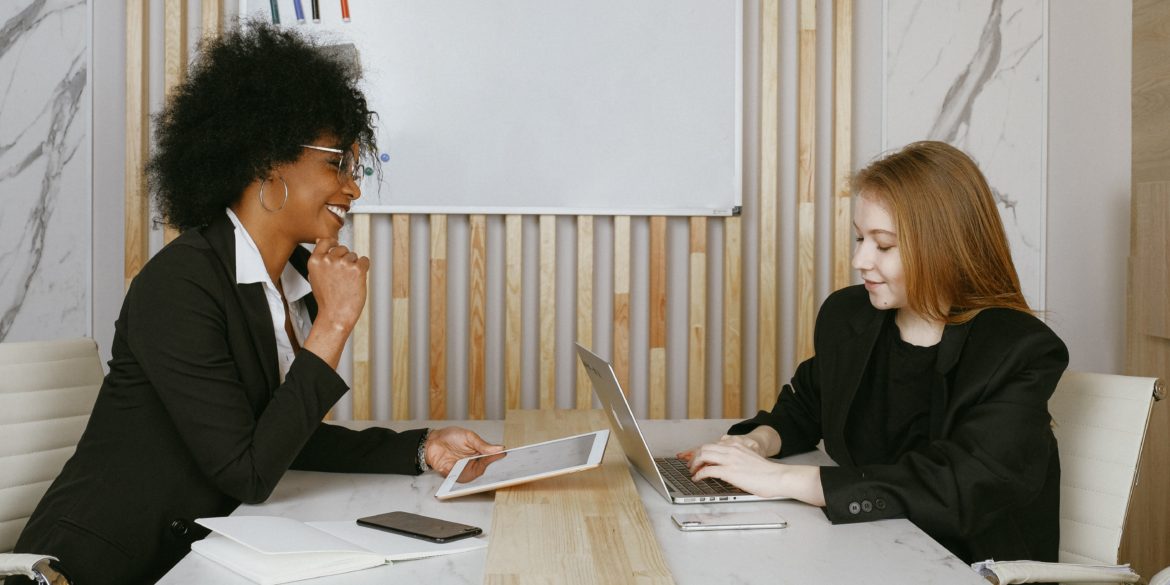 In working with thousands of corporate and entrepreneurial professionals over the past 15 years, I’ve observed two very common negative mindsets that clearly impact professionals’ ability to achieve the financial reward and recognition they believe they want. Both of these mindsets—and underlying belief systems—work to keep professionals stuck earning and achieving far less than they consciously believe they are capable of. And these unconscious negative mindsets seem to be more pervasive among women than men. As just one example, there have been findings that women tend to go for a promotion only if they have 100% of the stated requirements, while men will press forward towards applying if they have only 60% of the requirements. Another example: 57% of men negotiate their first salary out of school while only 7% of women do. These behaviors are shaped first by internal beliefs.

How does mindset affect our behavior and results? As a therapist and career consultant, I’ve seen that what we believe directly impacts how we see ourselves, behave and speak, relate to others, view opportunities, and decide which opportunities we’ll put ourselves forward toward (or not), and what we end up tolerating and accepting in our lives and jobs.

For example, if you want a promotion, but aren’t at all sure you deserve it or will succeed in the higher level job, you will most likely act and speak in a way that sabotages your efforts to get the promotion.

Two negative mindsets that dramatically impact what you earn and the success you achieve are these:

#1: “If I actually get what I dream of, something bad will happen for me or my family”

The biggest and most widely-shared fear is that many of us feel there is something fundamentally wrong with us and that we’re undeserving of great success and happiness. This fear causes us to hold ourselves back from fulfilling our ultimate potential because we feel we inherently don’t deserve it.

#2: “I am not worthy of this promotion (or raise, etc.) and don’t really deserve more”

In past years, I’ve been excited to connect with many experts and thought leaders around the country about mindsets that hold us back. One such expert is bestselling author and leadership developer Gay Hendricks. I interviewed Hendricks both on my Finding Brave podcast and on my blog here. Hendricks has been a leader in the fields of relationship transformation and bodymind transformation for more than 45 years. He has written more than 40 books, including bestsellers such as Five Wishes, The Big Leap, Conscious Loving and Conscious Loving Ever After, (the last two co-authored with his co-author and mate for more than 35 years, Dr. Kathlyn Hendricks). The Big Leap shares key information about what many professionals experience as an “upper limit problem”—a rigid internal “barrier” that prevents them from achieving more wealth, happiness, love, success and other things they long to have.

“I’ve worked with hundreds of extremely talented, capable executives and professionals over the past 45 years. Yet even with their awesome skills, there were still areas of their lives in which they kept hitting upper limits and then sabotaging themselves. In my work, we identify the underlying issues that trigger the Upper Limit Problem, so that people can rise smoothly to higher and higher levels of their potential without bumping their heads against the false ceilings that are held in place by negative belief systems.

The four barriers are:

The biggest and most widely-shared fear is that many of us feel there is something fundamentally wrong with us and that we’re undeserving of great success and happiness. This fear causes us to hold ourselves back from fulfilling our ultimate potential because we feel we inherently don’t deserve it.

Another widely-held fear is of being disloyal to or leaving behind people who have been there for us in the past. We pull back from greater success because we fear we’ll end up all alone, abandon our roots, and leave behind people whom we love or care for.

A third fear is of being a burden; some people unconsciously believe that more success will bring greater burdens.

Hidden Barrier #4: The Fear of Outshining

Common among gifted and talented children, this fear often emerges from a strong subliminal message they received from their families that if you shine too much, you’ll make others feel bad or look bad.

Greater levels of success and happiness often trigger these fears, which cause us then to pull back to lower levels of fulfillment.

All of these hidden barriers are in some way related to an underlying fear or belief that it won’t be a good thing in your life if you achieve the success and financial reward that you consciously think you want.

In terms of the second negative mindset—“I am not worthy of what I want”— I observe this in countless professional women who reach out for career help, even those who are currently earning a great deal of money. While they explain that they inwardly feel they should be receiving a promotion or higher compensation for the work they do, they outwardly don’t behave as if they truly believe that.

For example, if you were in a job where you believed you were worth far more, what would you be doing? There are a number of steps you’d be taking, including:

1) Presenting a well-founded business case to your supervisor for what you’ve contributed and achieved, and explain clearly and unemotionally why you deserve the promotion or salary increase

2) Actively exploring and interviewing for new jobs outside your current one, to help you get clearer on the real value you represent in the marketplace and workforce

3) Talking to your great mentors and sponsors about their ideas for new ways you can demonstrate more clearly your worth, with concrete steps on the path to being paid more

4) Closing your power gaps and demonstrating increased value today in the work you do. For instance, if you worry you’re not as strong a sales/revenue producer as your colleagues, you’d change that fear or belief by committing to doing what’s necessary to bring in more clients and revenue as soon as possible. And you’d generate new ideas for additional programs and services for your company to offer, or deliver new high-level thought leadership, or train and teach others, etc. so that your supervisors and colleagues can readily see and experience the value that you bring

5) Making it clear to your boss that you believe you are not being compensated as you should, and build a clear development plan, with a set timeline, for achieving the raise and promotion that you feel you are ready for.

6) And finally, if you believe there’s gender bias and unfair organizational blocks to you getting what you deserve, you’d deal with that head on (by consulting with an employment lawyer about your rights, or evaluating who you should report this to, or actively seeking new employment, etc.).

If you’re not taking any of these steps, it’s likely that deep down, you don’t really have the internal alignment, confidence, strength, commitment and focus to back up your dream for earning more money and succeeding at a higher level. It’s not just going to fall in your lap. You have to “find brave” every single day, and take the courageous, smart and well-planned steps to demonstrate (to yourself, most of all) your great value and then believe 100% in it. Bring yourself to market today, and start networking powerfully, and begin to interview for and receive great new job offers that prove clearly what your work and your thought leadership are worth to others. Then decide the best next move that will bring the reward you long for.

To build a more rewarding career this year, join Kathy Caprino in her Career Breakthrough programs and Amazing Career Project course, and tune into her weekly Finding Brave podcast. 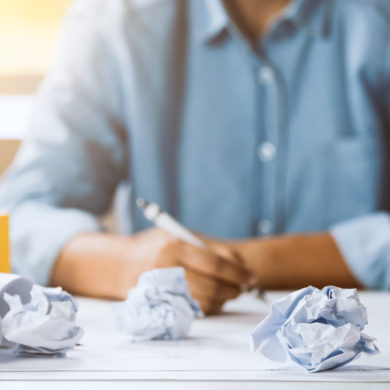 The Biggest Mistake Most People Make When It Comes to Taking Risks, According to a Psychotherapist
We use cookies on our site to give you the best experience possible. By continuing to browse the site, you agree to this use. For more information on how we use cookies, see our Privacy Policy
Continue