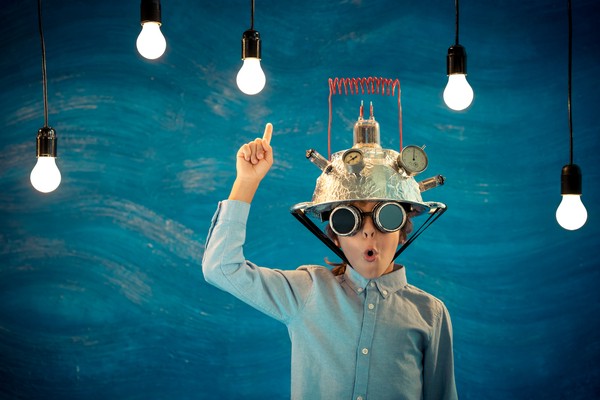 A reader recently asked me a pointed question: “I’ve read your work on creating user habits. It’s all well and good for getting people to do things, like using an app on their iPhone, but I’ve got a bigger problem. How do I get people to do things they don’t want to do?” Taken aback by the directness and potentially immoral implications of his question, my gut reaction was to say, “You can’t and shouldn’t!” To which his response was, “I have to; it’s my job.”

This gentleman, who asked that I not disclose his name, is the corporate equivalent of the guy the mob sends to break kneecaps if a worker doesn’t do as they’re told. For the past decade, he has run the same methodical process of cajoling, and at times threatening, people to do things they don’t want to do. “It’s really unfair and mean. I know it is,” he said. “But people have to comply or else people get hurt.”

This man is an identity and access management auditor at a well-known public accounting firm. Not exactly Good Fellas, but high-stakes nonetheless. His Fortune 500 clients pay his firm to ensure managers complete lengthy inquiries involving hundreds of employees collecting thousands of pieces of information, usually on tight deadlines. “Ever since Sarbanes-Oxley, these user access reviews just have to get done.”

Though the auditor’s job is unique, getting others to do uninteresting tasks (specifically those that are infrequent and involve work done outside normal responsibilities) is a common challenge.

A Shot in the Arm

I pondered this question and searched my mental database for examples of companies I’ve worked with or could reference as case studies. But instead, I thought about the last time I saw someone willfully doing something they didn’t want to do; my four-year-old daughter came to mind.

We had recently taken her to the pediatrician for a final round of shots before kindergarten and, to our surprise, she left the doctor’s office with a spring in her step and a smile on her face. To a child, there are few things more terrifying than getting stuck with needles, and it was the closest equivalent I could think of to completing the auditor’s “user access reviews.”

What made my daughter’s visit to the doctor so painless helps illustrate three tactics anyone can use to get people to do things they don’t inherently want to do.

When the nurse stepped into the examining room, my daughter knew something was up. On a small tray, she carried four intimidating syringes. But instead of showing them all to my daughter, she thoughtfully kept them out of view. At the appropriate time, she reached for a needle, one by one, careful to consider how her actions would be perceived by my daughter. She tamed the instruments of toddler torment through what designers call progressive disclosure; to the nurse, it was just considerate common sense.

Staging tasks into small conquerable chunks is so basic yet so underutilized. Who wouldn’t take the time to ease a child’s fear with a little well-planned parsing? Yet in the office, it is all too common to lob large complex requests at our colleagues and be surprised by the ill-will we get in return. In the auditor’s case for example, he admitted that his clients start by sending long memos accompanied by even longer spreadsheets detailing the entire tedious task. No wonder their emails are met with contempt.

Managers pushing down tasks know all the level of details and tend to think everyone else should, too. But that’s just not the case. Most users just want to know what to do next, and flooding them with too much information induces stress and fear. Having the forethought to appropriately stage the work can reduce this fear, which ironically, in both children and adults, is often much worse than the prick of the needle itself.

2. Reduce The Pain With Progress

In the auditor’s case, his requests were particularly painful because they were too infrequent to become skill-building routines. Whereas many tasks become easier with time as people improve their abilities, corporate fire drills are dreaded for many reasons. For one, they distract workers from their regular duties. They often require learning new processes or hunting down long-discarded information. And worst of all, they can last for an undefined period of time, providing little visibility into when the pain will end.

Just as parsing tasks into smaller chunks can make a job seem more achievable, providing greater insight into the progress made is another way to reduce cognitive stress. In the pediatrician’s office, the thoughtful nurse asked my daughter to count to five as she administered each shot, giving my daughter an idea of how long the pain would last and creating a sense of control.

For years, game designers have utilized mechanisms to track advancement. Progress bars help players understand where they are in the game just as tracking and estimation tools could help workers better plan their work. These tools help inform how much time the next task should take and its relative place in the entire job. Providing a sense of progression is a form of feedback and is a key component of making unpleasant tasks more manageable.

3. Get Out The Treasure Chest

To our amazement, even after receiving four shots, my daughter left the doctor’s office without shedding a single tear. The nurse used staged disclosure and eased the pain through progress indicators, but the final secret sat just outside the examination room.

There, on her way in, my daughter ogled a mysterious box she knew was filled with prizes. “After your visit,” the nurse told her, “you’ll get to pick anything you’d like from the treasure chest.” Offering prizes for the completion of certain tasks is effective in both children and adults, but beware, there is risk in rewards.

Numerous studies have shown that extrinsic rewards — incentives that are separate from the activity itself — often backfire. Reinforcing behavior this way tends to extinguish the pleasure of doing something for its own sake. For example, studies of children rewarded for doing activities they already enjoyed — like playing drums or drawing pictures — resulted in less motivation to do the activity later on.

Where long-term behaviors are the goal, more purposeful incentives are better. Self-Determination Theory, as espoused by researchers Edward Deci and Richard Ryan, contends that people are motivated by deeper psychological needs for competence, autonomy, and relatedness. Clearly, making sure people know why their work matters is always the first step.

But while motivating through meaning is preferred, there are circumstances when prizes are in fact appropriate. When it comes to tasks people don’t want to do, specifically infrequent and uninteresting assignments, utilizing extrinsic rewards is safe because there is no existing behavior to de-motivate or extinguish. Shots in a four-year-old’s arm and the boring, routine work doled out by the auditor qualify as just such occasions.

What are appropriate rewards? Like everything in design, that depends on the person. Making a game out of the task doesn’t necessarily mean giving away points and badges if the user doesn’t find those incentives appropriate. However, utilizing other incentives, particularly those awarded with an element of variability, can be highly encouraging, just as long as they’re used only in this very specific condition and not as part of day-to-day operations.

Unfortunately, the corporate norm remains drawing up a long list of what needs to get done and throwing it over the email wall to be completed … or else! There will always be tasks people don’t want to do. But there are better ways to motivate others, principally by designing conditions where people actuate themselves.

Fundamentally, people resist being controlled and both the carrot and the stick can be tools for unwanted manipulation. Instead, designing behavior by putting in the forethought to appropriately stage tasks, providing progress indicators, and finally, offering celebratory rewards under the right circumstances, are easy ways to motivate while maintaining a sense of autonomy.

Whether in the doctor’s office or the corner office, it is the job of the person inflicting the pain to do their utmost to ease it. Not doing so is intellectually lazy, whether to a kid or to a colleague. Considering how the receiver could more easily comply with the request is at the heart of inspiring action.