You can’t always get over your ex in a month, but the habits you adopt right after a painful split can determine how well (and how quickly) you’ll rebound. 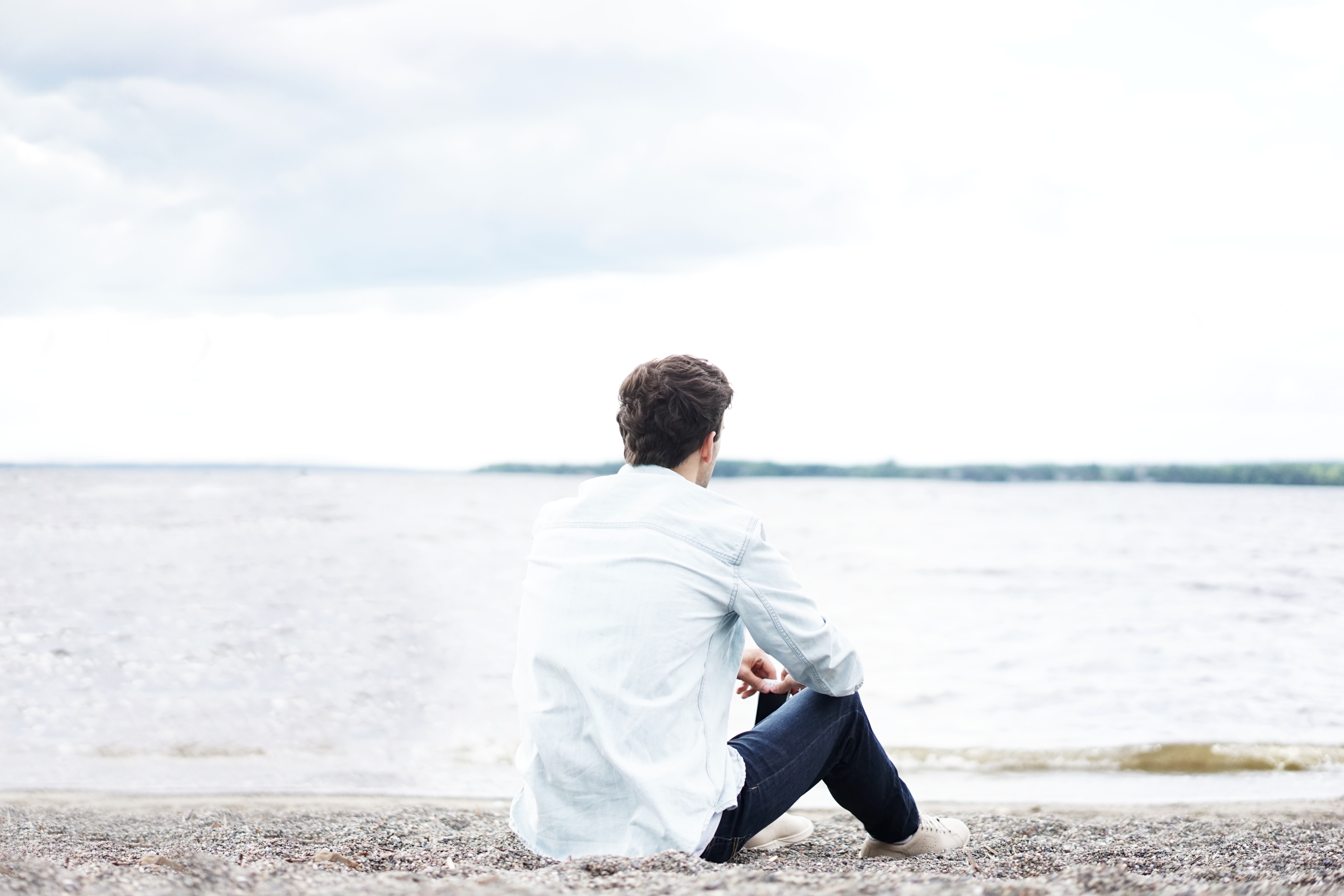 “All I can think about is how depressed I am,” my coaching client told me, referring to her recent split. “I need him.”

This type of sentiment is understandable among people who’ve broken up within a week or two. But two years? My client, whom I’ll call Meera, still had it bad. By the time she got in touch with me, she’d lost the better part of those two years grieving a four-year relationship that ended when she stepped out for an affair. He’d moved on since then; she hadn’t. And by that I mean she still checked his social accounts compulsively and even texted him multiple times a day–with no response.

Meera had a successful decade-long career as an HR team leader nonetheless, but her work life was suffering the longer she spent still unable to get over her breakup. “I know I’m supposed to move on because my friends and therapist have admonished me to do so, but I cannot,” she reflected at one point. “How am I supposed to do this when I don’t even want to?”

So together, Meera and I set up a 30-day plan for channeling her emotions back into her work and the parts of her life she had more control over. These steps won’t heal broken hearts in just a month, of course, but they’re a handy roadmap for self-care and starting over.

Meera would haunt her ex’s social media profiles whenever she felt sad–even about other issues unrelated to her romantic life, including pressures from her workday–which only fed her guilt and dejection about what had happened. This led to desperate calls and texts, which of course were fruitless, and caused her only to focus more and more on what she’d lost.

Her habit of trailing her ex on Facebook, Instagram, and WhatsApp was sapping Meera’s mental and emotional energy. So my first suggestion was to go on a social-media fast (something I’ve successfully done myself), and challenged her to refrain from texts and calls, too. At first she told me sticking with it would be a “distinct impossibility”–but she managed. A week after deleting her ex’s number from her contacts, and getting rid of WhatsApp and Facebook on her phone, Meera admitted she’d had the most clear-headed week since her breakup.

This wasn’t a coincidence. Each social profile was an attention trap, which promoted obsessive thoughts like, “What’s he doing? Who is he seeing?” and a hundred other questions. Because that feeling of powerlessness to make things better can be overwhelming, your first step right after getting dumped or breaking up should be to give yourself a little distance from the situation–even if it’s just enough to help you make it through the workday. A temporary moratorium on social media is sometimes the best way to do that.

DAY 5: HANG OUT WITH YOUR FRIENDS OR COWORKERS

There are (at least) two types of love: The Netflix-and-chill, sweatpantsy kind where you lose all contact with the outside world, and the one where you actually get out of the house and integrate with other people’s lives beyond your own significant-other-dom. Meera was still trapped in the former kind, even though her partner was no longer in the picture. In fact, friends and coworkers were telling her point-blank that her identity was disappearing before their eyes.

When the relationship ended, she didn’t automatically feel like leaning on her friends and going out. (Who does?) But after a certain point, you may need to force yourself to rebound–Meera just never did that. If five days after a rough breakup sounds too early, think of it this way: If you break up on Monday, it’s time cap off your really difficult week with a coffee or a glass of wine on Friday with a close friend or colleague. No matter how much (or little) you’re ready to share, a little human face time can go a long way.

Meera finally started going out to lunch with her coworkers and attending optional work functions. She filled up her weekend calendar with drinks and movies with the friends she’d neglected–who gladly welcomed her back. Before long she started living again.

DAY 10: SET A NEW GOAL (OTHER THAN GETTING YOUR EX BACK, OR GETTING EVEN)

After she eliminating the worst energy traps, Meera found that she had literally had hours of her day to fill. (All those five-to-10 minute visits to Facebook add up!) Not wanting her to relapse, I challenged her on Week Two to write out several goals at work and home that would keep her focused on the future and confident about her own abilities.

By preparing for a promotion, booking the trips she’d put off taking for years, and setting weekly routines for redeveloping her social life, Meera found she had less time to dwell on what she felt she’d lost. Instead, she channeled her energy into personal and professional growth. After a few weeks, she was still hurting, which is normal, but she wasn’t indulging the hurt or making it worse than it needed to be.

Maybe your breakup doesn’t leave you wanting to get back together–maybe you feel wronged and want to get even. No matter their nature, your intense emotions need some kind of outlet that’s more productive and, most important, has to do with you, now with them. So after the first couple of weeks feeling angry, try to zero in on just one major goal that you personally care about. How can you redirect all that energy in some way that will make a positive difference in your life?

DAY 30: NOMINATE SOMEONE TO KEEP YOU ACCOUNTABLE

Meera got help after two years of stagnancy at work and in her personal life, and I wound up being the pointperson who kept her on track after making a few big, uncomfortable changes within the first few weeks of working together. But everyone who’s recently gone through a breakup needs a friend or coworker to do the same.

Meera was able to keep her job because she’d been doing it for the better part of a decade, but her friendships and happiness took a major hit. In fact, she was able to nurse her wounds for so long because she was so good at her job. But all that time could’ve been avoided had she enlisted a friend to keep her focused on those crucial lifestyle changes within that first month. So identify someone who not only knows what you’re going through but whom you can share your goals with. This way they can check in on your progress.

Some breakups are harder than others. Maybe you’re just really emotionally invested. Maybe the circumstances around the split are especially painful or shocking. Or maybe you’re a parent and have your children to think about as well as yourself. Obviously not every breakup takes a mere four weeks to get over, and if you’re really hurting and need more than an empathetic friend to help you through it, don’t ever hesitate to reach out to a therapist or another medical professional for help.

But how you respond within the first 30 days can set in place some habits that will either make the next 30 days (and afterward) much easier or much harder. It will always take more than the love of one other person to make you completely happy. So much of life’s greatest joys and satisfactions are the fruits of own efforts and abilities. Don’t doubt them here, where they count more than ever. 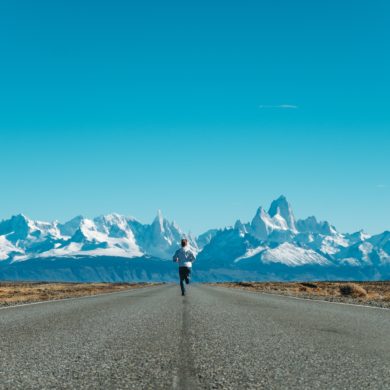 Hitting the Pandemic Wall
We use cookies on our site to give you the best experience possible. By continuing to browse the site, you agree to this use. For more information on how we use cookies, see our Privacy Policy
Continue