Crafting a meaningful working life is a Quality that only you control. 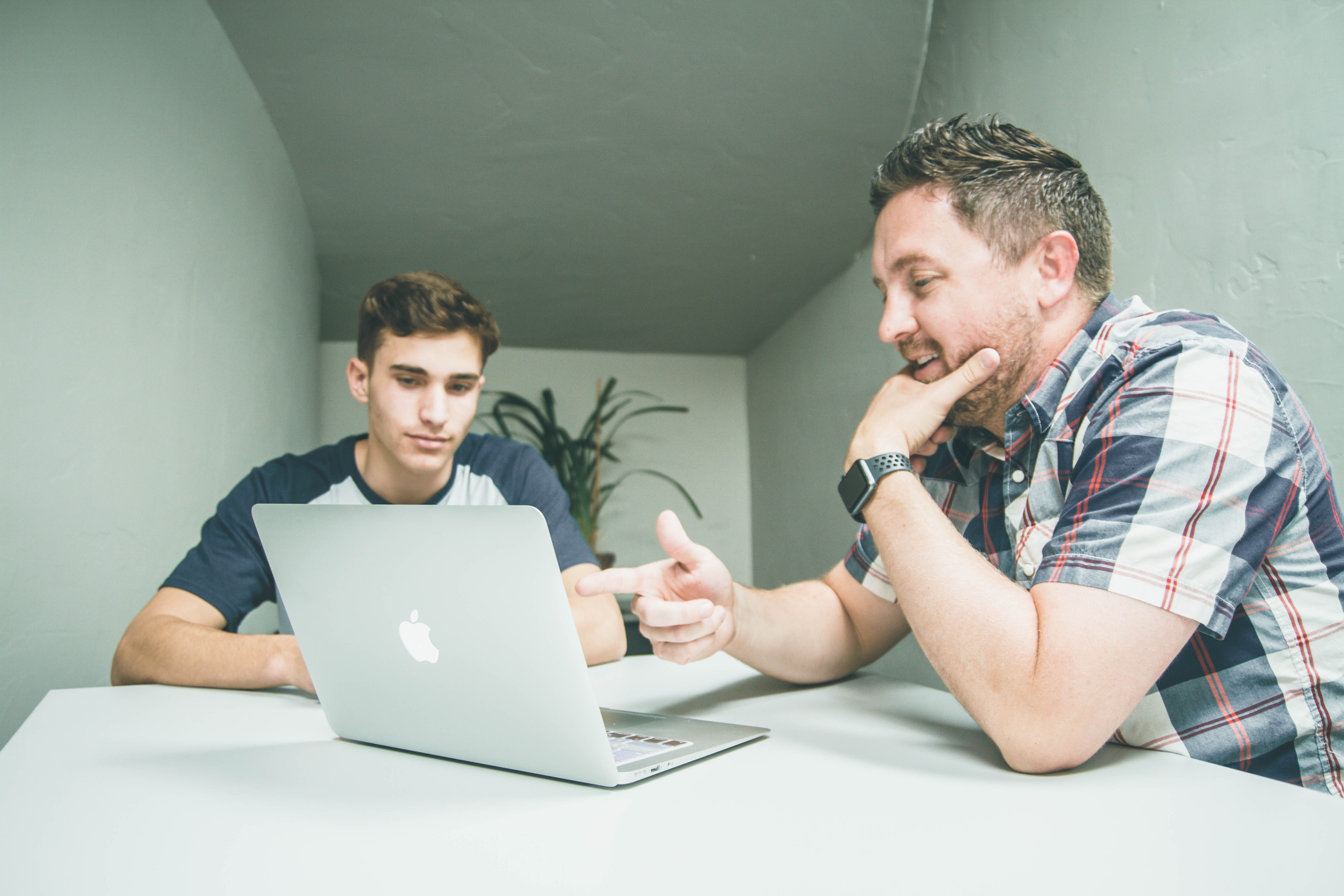 It was the height of American counterculture. With his young son, Bob set off on his trusty Honda Superhawk for the ride of a lifetime. The 17-day odyssey saw them crisscross the country from Minnesota to San Francisco drunk on the expansive view from the road.

Afterward, Bob returned to a humdrum job of writing computer manuals in Minneapolis. This special brew of mind numbing boredom was in sharp contrast to the visceral feelings he recently experienced riding. Yet he endured and became a connoisseur in the subtle art of not doing. In dry spells of his own writing endeavours, he lost himself in his job and welcomed the mind wandering. He found a rhythm that would generate acute focus and originality.

If you’re a philosophy fan, you’re well aware that this was Robert Pirsig’s bizarre reality. It was in this dualistic period of his bitter-sweet life, that he birthed Zen and the Art of Motorcycle Maintenance — the most read philosophy book of all time.

Pirsig became more himself through his writing. But like all silver linings, fulfilment in his work didn’t come without a hefty price tag. He endured tremendous heartache including getting committed to an asylum and undergoing comprehensive shock treatment. Through his experience and writing, we can learn so much about the inner working life. In particular, there are three interconnected themes that might help us navigate in the new world of work: boredom, thinking in action, and perspective-bending.

Imagine you’re all alone deep in a remote forest. Bar your footsteps, it’s eerily silent. The odd bird tweets (not on its smartphone). The trail you’re meandering makes a sharp turn and your eyes meet a colossal tree trunk. You’re gobsmacked. Time is suspended in this ethereal space and you make no judgement. There is no thought of ‘wow, this is one big ass Sequoia’ — there is only the awe of it all.

This might be what Pirsig saw as the knife’s edge of experience. He called it Quality. And his Metaphysics of Quality (MoQ) was a mash-up of East Asian and American philosophies which paved the way for both Mihaly Csikszentmihalyi’s notion of Flow and the Gladwellian ideas that litter Blink. It’s one thing to experience Quality by loosing yourself in a Sequoia-filled forest — but how exactly does Quality translate to the workplace? Pirsig relays that it depends on whether or not you feel a connection to what you’re working on:

“When one isn’t dominated by feelings of separateness from what he’s working on, then one can be said to ‘care’ about what he’s doing. That is what caring really is, a feeling of identification with what one’s doing. When one has this feeling then he also sees the inverse side of caring, Quality itself.”

Quality in work does not require categorisation. If anything, it’s a feeling — a non-state where the distinction between work and life does not exist. Some callings might favour achieving this work/life blend more than others. Maybe from time to time you fantasise of being a food critic or nature photographer. I know I do. The point is not to have the dream job (although that probably can’t hurt), but possessing a feeling of connection. It can be had by anyone in nearly any vocation. Both the blacksmith that spends the day making a sword and the management consultant that rejigs a client’s business model can attain Quality. It’s what’s going on inside that counts; carrying that inner smirk that manifests as an outer beam.

The Virtues of Boredom

In an intimate 1974 interview with Tim Wilson, Pirisg explained that:

“Boredom on the job was an incentive to creativity. I deliberately enter a period of boredom just prior to writing…because ultimately it brings me down to the centre of things from which all creativity comes.”

While the virtues of boredom are long-standing within the arts, they also bear relevance concerning today’s knowledge worker. A daily dance with a ceaseless stream of information is not only cognitively draining, it demands regular refuelling. And slacking off, as it turns out, is very good for the soul.

Some prefer long walks while others take shortish naps. I like sitting. Whatever floats your boat really — the point is to be intentional in doing nothing. What matters is that you avoid incessant hours of toil when embarking on creative pursuits. Alex Pang, author of Rest explains that, “Even in today’s 24/7, always-on world, we can blend work and rest together in ways that make us smarter, more creative, and happier.” Instead of reaching for that magical rectangle in your pocket, consider taking time out to master the skill of resting and draw in that blissful state of boredom.

It may not always seem it, but we do get to choose our attitude towards work. The luxury that lies with the Western worker is having much more freedom in work than previous generations. Still, nearly 9 out of every 10 employees claim they are not engaged in work. Too many suffer over a days work when they could be surfing through it.

The strongest indicator of whether you are engaged at work is whether or not you believe you’re making progress towards meaningful work. Known as the progress principle, it means incremental advancement through small wins.With every baby step forward the progress principle is revealed. As Teresa Amabile explains:

“Of all events that occur at work, the event having the most prominent positive effect on emotions, perceptions, and motivation is simply making progress in meaningful work.”

In practice, you must appreciate what you contribute to work as well as recognise others. “A sense of appreciation is the single most sustainable motivator at work,” explains Wharton professor Adam Grant. Extrinsic measures (pay and status) only go so far in bringing a sense of fulfilment. It’s those intrinsic ones, your inner working life and how it becomes validated by your peers that really provides that sense of progress.

For others, making progress may involve turning the forsaken job they have into one they love. By reshaping work tasks, relationships with colleagues, and their own perception — job crafting becomes a powerful way to do just this. As more companies hire hunger over talent, the job crafting strategy will prove increasingly useful from an organisational standpoint. After all, businesses cannot innovate if everyone within them is uninspired.

We need to stretch our boundaries, both as individuals and as organisations, and reimagine the value work holds. It’s no longer a luxury to contemplate meaning in work — it’s a necessity.

And those around us can act as catalysts, nourishers, and enablers. This brand of motivation is infectious. It changes not just how we work together, it changes the world.

For Prisig, his job not only facilitated, but fuelled his side hustle. Where his job was a means to an end, writing his book was an end in itself. His rigid program saw him asleep by 6:00 pm, rising at 2:00 am to write until he scooted off to work at 6:00 am. It was not uncommon for him to sneak cat naps at lunch before returning to draft computer manuals.

There are no more jobs. Work and opportunity have replaced it. Work itself is no longer classified as something you or some sort of profession you become. Rather, it’s a way of being. It’s precisely why a new workforce waves the ‘we are what we repeatedly do’ flag so high. They yearn to bring their whole selves to work, to self-actualise, precisely because they now have the freedom to do so. But what if there is something else at play here?

We’re informed by the world we see around us, through social cues, by professional standards, a tireless media — but ultimately by how we feel about our work. Identifying with what you do at work is one path to deeper meaning. Yet the real challenge may not rest squarely in the work itself, but with the 175 cognitive biases at play on the psyche. The construct of your place at work (and work’s fit into your life for that matter) is warped by how you choose to see things.

It may be helpful to check your biases at the door through a dash of choiceless awareness. Conceived somewhere between philosophy and and psychology — having this acute awareness means you exist in the present without preference for a desired outcome. You have no compulsion either way so you don’t sweat the small (or big) stuff.

The concept came into popularity through the writings of mid-20th century philosopher Jiddu Krishnamurti. “You can’t be totally aware if you are choosing” he wrote. The goal is to have your actions stem from awareness and not choice. Removing this need for decision-making can provide for greater clarity. Ironically then, as we seek to discover more freedom in our work, we do well to stay cognizant of containing — if not eliminating — the myriad of choices at bay. This meditative-like state of non-choosing is a blissful one but for many (myself included) it remains elusive.

The underlying point is not missed however— it is our conceptual selves that permit us to be our work. The stories we tell ourselves make up our reality. The lesson is this: those that tend to derive the most meaning in work do so because of the intrinsic value that work brings, not just the instrumental rewards.

Taking a wide-angle lens on work there are certainly lots of agents at play. In the end, crafting a meaningful working life is a Quality that only you control.