When It Comes to Strategy Are You a Hedgehog or a Fox? 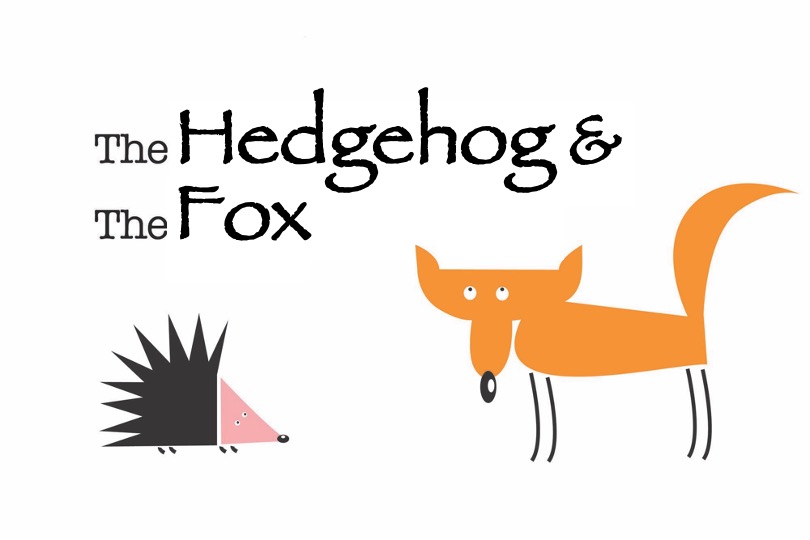 Is your approach to strategy to apply one big idea that you’ve been developing for some time, or do you consider many ideas – or a combination of ideas – that you think may be relevant? If you’re the former, according to Isiah Berlin – the British social and political theorist, philosopher, and historian of ideas – you’re a hedgehog. If you’re the latter, you’re a fox. He got the idea from a fragment of an ancient Greek poem by Archilochus: ‘The fox knows many things; the hedgehog one big thing’. Berlin expounded Archilochus’ epigram first in a lecture he delivered in Oxford and then in an essay published in 1951. His ideas were further developed in his book The Hedgehog and the Fox, published in 1953.

In the book Berlin argues that while Archilochus’ words could simply have meant no more than the fox, for all his cunning, is defeated by the hedgehog’s one defence. But, when taken more figuratively, the epigram could mark one of the deepest differences that divides writers and thinkers, and maybe human beings in general. He concluded that Dante, Plato and Proust were hedgehogs and Shakespeare, Aristotle and Joyce foxes. He developed his thinking further by examining the work of Tolstoy, particularly his classic historical novel War and Peace. Berlin’s conclusion was that Tolstoy was a fox who believed in hedgehogs and wished to become one. Of himself he said, ‘I am a fox; I’m not a hedgehog’.

When it comes to developing strategy, we’ve all experienced the hedgehog in action: the person who has one big idea and everything that contradicts this idea is filtered out. They’re the ones who appear decisive, argue that the strategy is obvious and that the focus should be on execution. Many of you will have also experienced the hedgehog strategy consultant who, because they have a hammer, thinks everything looks like a nail!

Conversely the fox strategist has lots of ideas, takes a broader perspective, is open to new thinking and is keen to explore how concepts fit together. They recognise that the world is continually changing and what’s possible is contained within an understanding of context, and how parts fit together into complex wholes.

In his latest book On Grand Strategy, John Lewis Gaddis, Professor of Military and Naval History at Yale University and co-deliverer of Yale’s On Grand Strategy programme for the past couple of decades, argues that the traditional interpretation of the hedgehog and the fox was that you have to choose one or the other. He believes that this is not what Berlin really meant: it’s not how to think about grand strategy in the first place as it’s much more useful to think about how you can be both – but not at the same time. He admits that there are very few people who can manage these perspectives simultaneously and who can retain a sense of the overall objective, the one big thing, and then still be agile enough to deal with all the unexpected things that come along. He also believes that many large, world-historical disasters were hedgehog-driven; foxes often lacking the momentum to even get started.

Final thought
In today’s increasingly volatile, uncertain, complex, and ambiguous (VUCA) world it could be argued that hedgehog’s have the advantage when it comes to strategy. Why? Simply because many Boards are looking for a simple answer to their strategy question, one that’s ideally based upon a compelling big idea – even if it is incomplete. Even better if it’s been applied before – albeit in a different sector, industry, or geography. The challenge facing hedgehogs is that they know the world is complex and continually changing and that successful strategies are not based upon one big idea, but a combination of ideas that relate to the everchanging context. For hedgehogs, formulating and communicating strategy takes time, time they are rarely given.