The fear of not making the leap is often as great as the fear of leaping; that’s what helps a person make such a disruptive move. 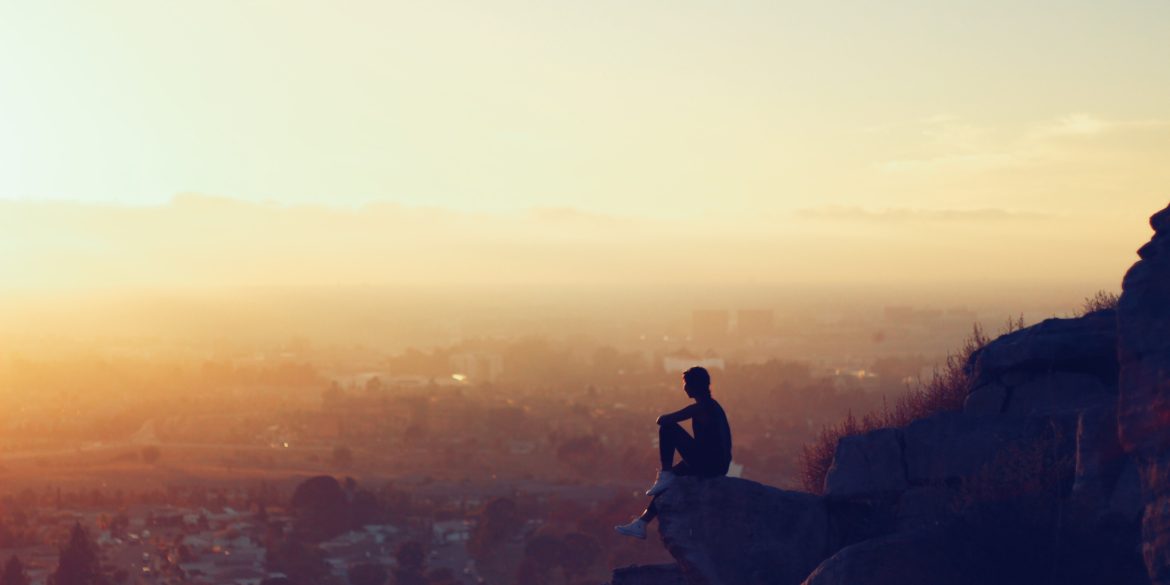 Susan McPherson is the second would-be woman astronaut I talked to in a single week.

The other was my mother.

Would-have-been astronauts, I should say. These were childhood dreams and aspirations, not something they’ve been aspiring to lately. 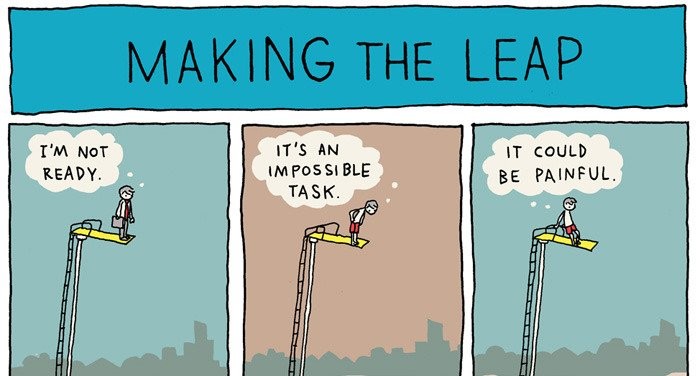 My mother is almost 80; when she was in the hunt for a career even men were rarely headed to the U.S. space program.

McPherson, my guest on the Disrupt Yourself Podcast, was motivated by a desire to float. But then she encountered physics and, as she puts it, “I ran the other way, shamefully.”

A desire to float will only take you so far.

“We didn’t have Girls Who Code and things like that back then, to kind of get us over our fear of math and science.”

Today the outcome might be different. She settled for gymnastics as her floatation device.

Fortunately, McPherson discovered other interests—ones for which she had a natural aptitude.

“I ended up having a real passion for news and current events, and actually my first job out of graduate school was working in the news media industry…for USA Today.”

USA Today was a baby then, only a year or two old and it was an exciting time in print media. McPherson migrated to marketing at Gannett, the parent company, because “I loved news but found I didn’t have this long-term skillset of writing. I enjoyed writing, but I didn’t want to do writing as my profession.”

Over time she would move to PR Newswire, working at the intersection of news media, public relations and investor relations. And it was a personal niche as well—the intersection of her interests, curiosity, high energy and a unique skillset that makes her exceptionally good at what she does—strategizing, connecting and facilitating.

A star was born.

McPherson worked for PR Newswire for about 17 years, two separate stints with a five year hiatus between. She worked on special projects, changing roles every two to three years. “I never could have stayed there that long had it been the same….I love variety.”

She had also joined the board of an organization, Business Council for Peace, which was engaged in mentoring women entrepreneurs in regions of conflict. She herself spent time in Afghanistan helping women scale their small business to create employment opportunities for others. For countries with high levels of conflict, more jobs contribute favorably to diminishing the level of violence.

For those who don’t know, “Corporate social responsibility is helping business of all kinds…be environmentally, socially and diversity and inclusion focused….Making sure that our planet has a future. It used to be that companies would do this just to be potentially doing the right thing, and it was a nice-to-have. Today, it is a must-have.”

Essentially, McPherson helps business amplify its power and potential to be “a force for good in the world.”

McPherson is an Accidental Entrepreneur.

She left PR Newswire for a boutique firm operating in the corporate responsibility space and a few years later founded McPherson Strategies, though not really intentionally.

Having her own business was intended as a stop gap measure, a finger in the unemployment dike only intended to last until she figured out the next step in her career journey and found the right position.

“I was terrified, absolutely terrified. Cut the lifeline. I’d had a paycheck since I was 15….If I was going to do this, I either had to do everything I could to make it work or just do it for a while until I figured out what was next.”

My experience is that the fear of not making the leap is often as great as the fear of leaping; that’s what helps a person make such a disruptive move. There’s something very powerful in not having any sort of backstop and knowing you have to make it work.

But McPherson was playing to her strengths and had evaluated her risks. “If I had thought I was jumping and I was taking 10 million dollars in funding—I don’t know if I could have done that.” She quotes her late father, “Nothing is a prison sentence.” If her disruption didn’t work out there were other options. So far, however, they haven’t been needed.

Perhaps even more impactful than her childhood dream of being an astronaut.

Learn more about the career journey and good work of Susan McPherson here.

Whitney Johnson is one of the world’s leading management thinkers (Thinkers50), author of the critically acclaimed Disrupt Yourself: Putting the Power of Disruptive Innovation to Work and host of the Disrupt Yourself Podcast. You can sign up for her newsletter here. 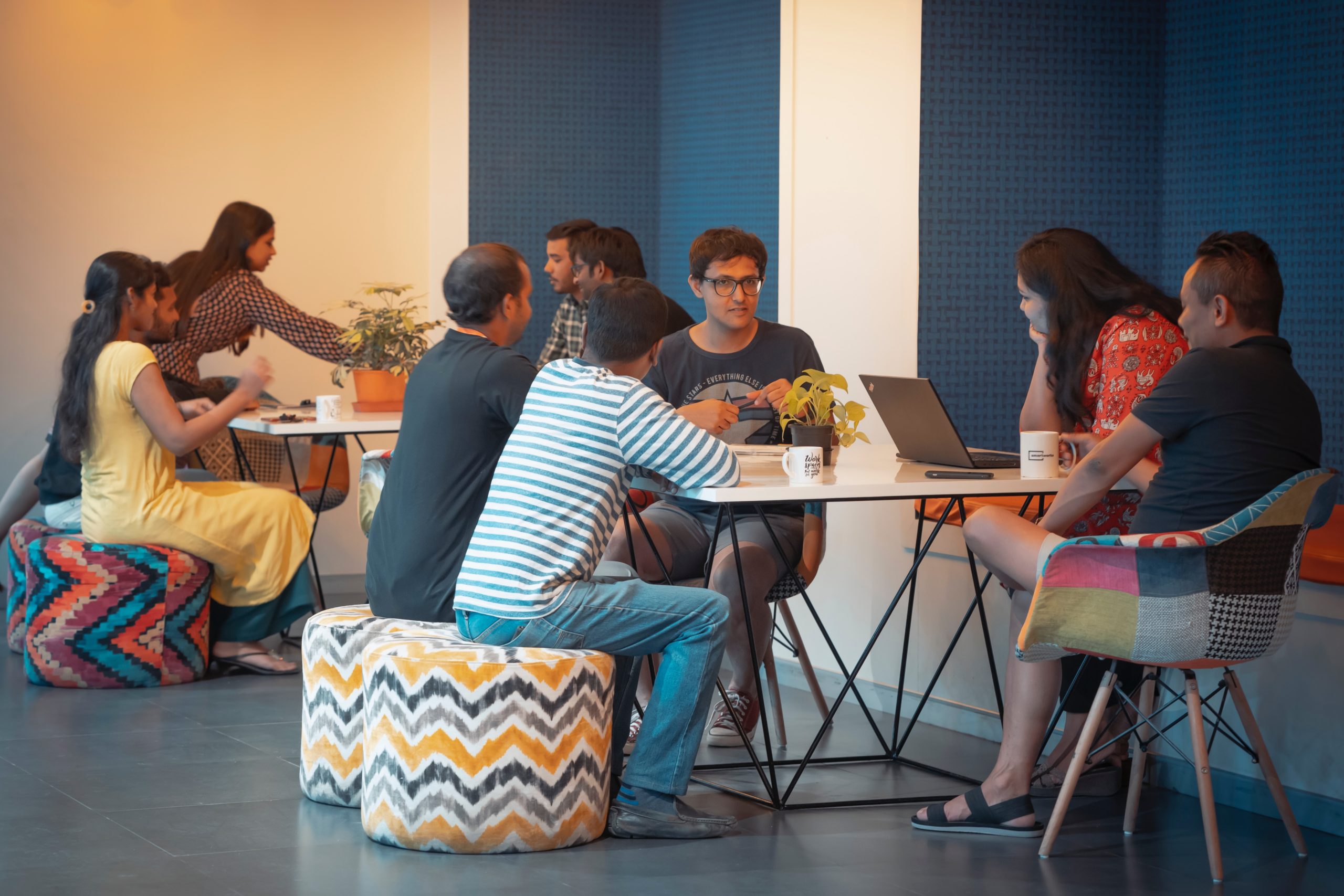 Want to Learn to Speak Up in Meetings? Try These 7 Tips
We use cookies on our site to give you the best experience possible. By continuing to browse the site, you agree to this use. For more information on how we use cookies, see our Privacy Policy
Continue