When You’re Losing It: A Technique for Regaining Perspective

Learning to see the big picture in each moment. 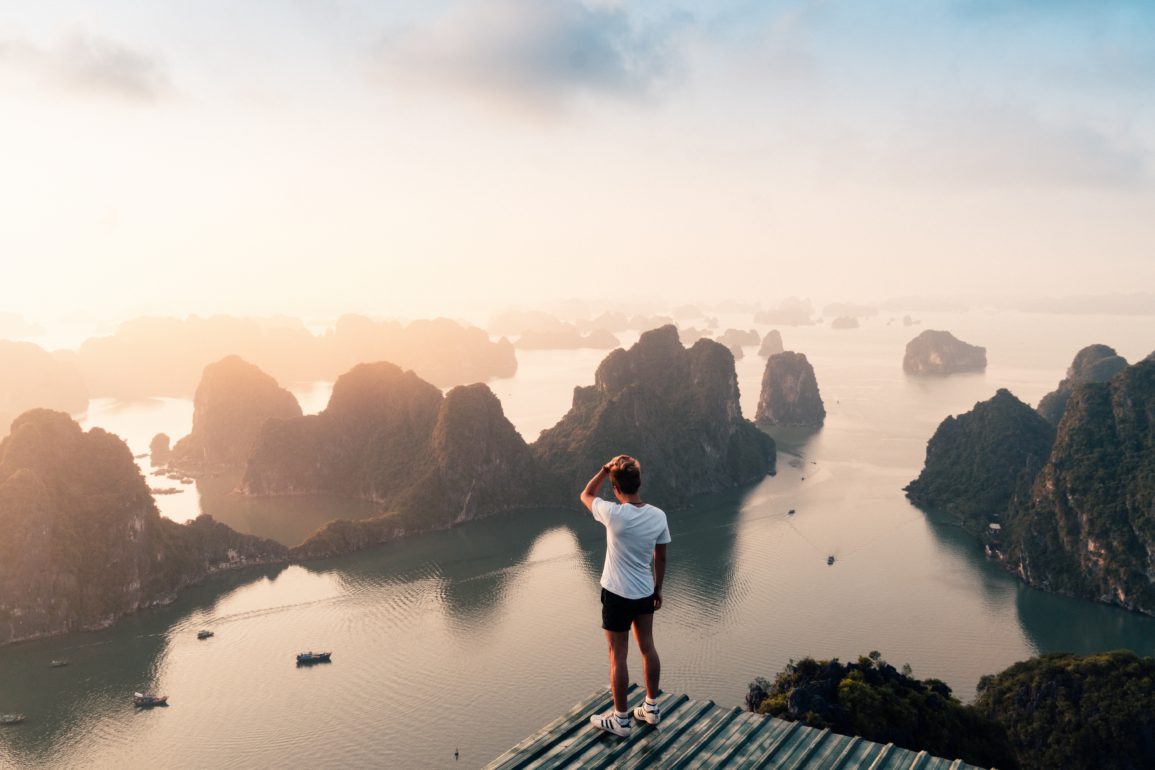 We all have moments where we lose perspective. I know for me, I have gotten caught up in minor panics about trivial things that at the time seemed quite important. Only later did I realize that I had blown the situations way out of proportion. So how do we maintain perspective and learn to see the whole picture moment to moment, especially when we are stressed?

Many years ago I had the opportunity to take an “In Control Driving Course” with my daughter, who had recently learned how to drive. This course teaches extremely useful driving skills that are not typically taught during the standard driving courses. One skill that was reinforced in this class was where one should rest and focus their eyes while driving. Most people think that we should keep our eyes looking directly in front of us on the road. That is certainly how I was taught to drive, and where I always tended to look. In contrast, what we were taught in this course was that the safest place to focus one’s gaze is on the farthest point ahead that you can possibly see.

As old habits die hard, this has taken a lot of practice to do. What I have become aware of is how much I miss when I keep my eyes right in front of me. When I focus on the farthest point ahead of me, for example, way up the road where it begins to bend and then fork, I see not only what is immediately ahead of me, but also in my range of vision, the car way up on the road to the left, ready to pull out, and the truck that is blocking the road just before the bend, and the little boy chasing his ball about six houses down on my right. Suddenly I am taking in the whole picture rather than just a piece of it, as I look out toward the horizon.

Fascinated by this exercise in perspective, I began to experiment with bringing my eyes towards the farthest point on the horizon during other times in my day, not just while I was driving. For example, while going for a walk or run, my tendency has always been to look directly in front of me, but I began noticing what happened as I looked further out towards the horizon. What I discovered in doing this was not just a shift in my visual field, but surprisingly also a shift in my emotional field.

When I was upset about something, I began to notice that when I focused my eyes on the farthest point ahead, I experienced a greater calmness as I could suddenly see a “bigger picture” than I had previously seen, one that allowed me to take into account multiple views of a situation instead of seeing it in a more linear and limited way. I began to notice more possibilities for how to approach or deal with a situation, rather than being stuck in just one. I also could literally see things in a greater perspective, realizing that perhaps this particular situation wasn’t really as important in the grand scheme of my life as I was making it out to be.

After having discovered this, I was intrigued to learn from a wonderful online course that I took, taught by psychologist and author Rick Hanson, that our brain has two basic ways of perceiving information: the allocentric mode of processing and the egocentric mode of processing. While both modes are important, the egocentric mode tends to be the one most commonly reinforced in our culture, and it encourages us to see things more up close, subjective and personal, seeing things as separate parts as opposed to connected to a larger whole.

In contrast, the allocentric neural network mode of processing is more objective, impersonal, and allows us to perceive things as interconnected and gives us the sense of being one with everything and part of a greater whole. One of the ways to activate this allocentric processing in the brain, Hanson taught, is to bring your eyes to the horizon. After learning this, I have come to believe that I am actually activating a different part of my brain’s processing system by shifting where I focus my eyes, as I have described above.

How Do We Use this in Our Lives?

So how is this relevant in our lives? Here is a personal example that shows how we might use this.

A while back I found myself becoming increasingly upset about a difficult situation that my son was struggling with emotionally. As his anxiety rose, so too did mine, because I wished that I could take away his pain but knew I couldn’t. As I allowed myself to visually look off toward the horizon and just be present with my feelings, I noticed that I began to see a “bigger picture.” I recognized that I was being pulled away by events and thoughts from my own past, and by future worries that were not relevant to the immediate situation. I also recognized that this was a tiny moment in a very vast lifetime, and in this greater context, the difficulty seemed easier to bear. In addition, I was able to not personalize my son’s struggle and take it on as my own but rather was able to get some distance on it and remain more of a compassionate observer.

I encourage you to do your own experimentation with this and see what you discover. Sometimes all we need is a little shift in perspective.