Why All Workplaces Should Reinstate This Simple (And Ancient) Behavior

Eating together in the workplace. 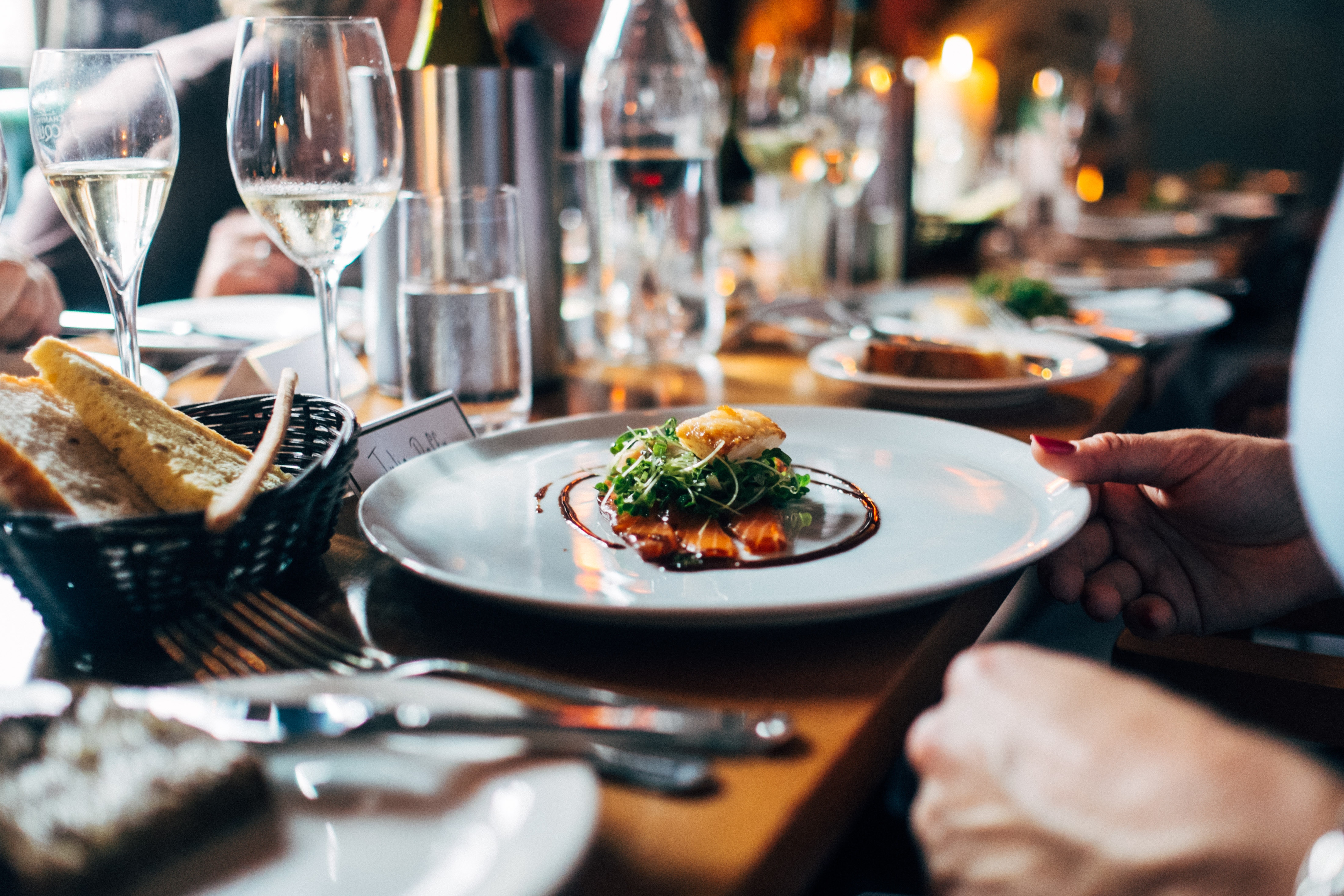 Here’s one of the PC ads. It begins with baby being fed by her mother. Baby becomes toddler, becomes young girl, becomes teenager, and so on through life’s different stages. All the while, little moments captured in her sharing of food with friends, family, and loved ones.

Then comes the present day. It pans to the (now) young woman sitting at her office desk – earbuds firmly in place, staring at a screen with a sandwich in hand. It dawns on her: She’s eating alone. And everyone around her is too.

To a fading few, the idea of eating alone is unsettling. But to most I’d say it’s quite normal, especially for the young Millennial workforce. It’s become the norm of the modern, fast-paced, high-pressure organization. 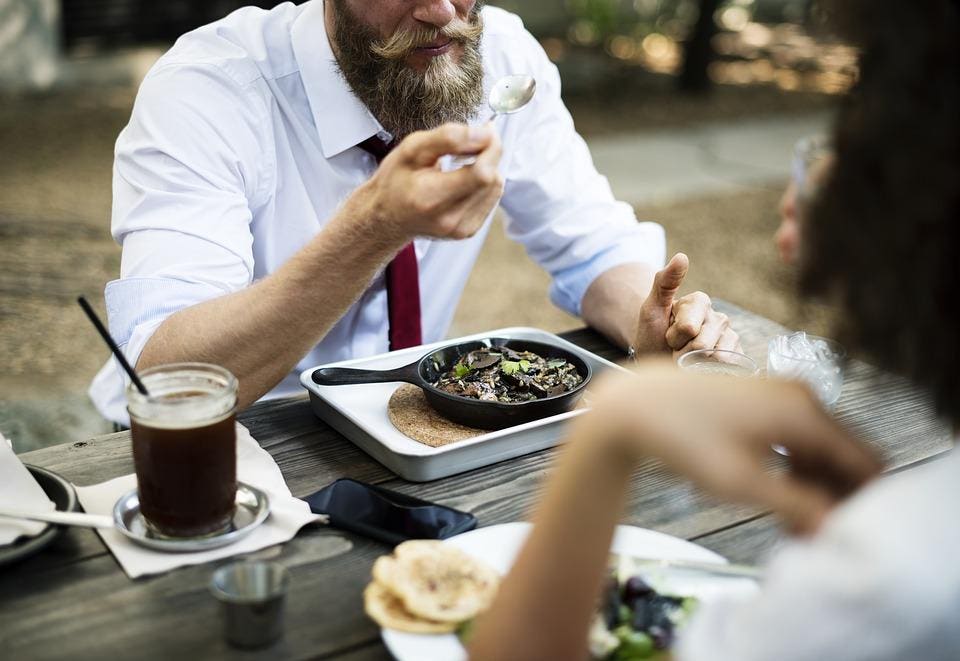 Is eating together a dying workplace practice?

And why would anyone eat together for lunch? That’s 1 hour of precious work time gone down the drain: twenty hours of potential productivity loss a month, a full two-and-a-half days of wasted time. For the aspiring young professional, this is time that could go towards more important and pressing tasks. Midday work “meals” are nothing more than a 5 minutes grab-and-go caloric refueling. Scarf it down, get back to work.

But this sort of hyper-rational, efficiency-maximizing way of thinking is lacking in many ways. In fact, a quick look into our psychology can tell us that it’s seriously flawed.

Eating together, as it turns out, is the basis of our humanity. It has more benefits than we may think, including, as we’ll later see, the way we work together.

The evolution of humans and food

Food is at the centre of human evolution. And while there may be numerous reasons for our species’ success, food (and our relationship with it) certainly played a big part.

In particular, the “advancement” of the humans has been traced back to the point in time when our diets became much more varied and diverse. Most other animals’ diets consist of a small number of food items. One or two things. Not so for humans. We eat all sorts of different foods.

This gives us the added advantage of having and acquiring multiple nutritional food sources. Which helps with the metabolic load required by our big brains for advanced cognition. But, key to our discussion here, it’s the social side of food, scientists argue, that gives way to the cultural progress of human socialization.

To get all the benefits of this diverse diet, our early ancestors had to rely on each other like no other animal had to before. Foraging and finding food sources became a shared activity, just as hunting and trapping succeeded as a coordinated effort of the group; the (then) arduous task of meal preparation was divvied among people to speed up the process; with all this shared activity culminating in what eventually became the meal sharing norms of humans – the breaking of bread alongside our kith and kin.

Psychological benefits of eating together

Fast forward millions of years later, and we see that eating together has tremendous benefits for the modern human. For example, children learn to regulate their behaviors, emotions, and thoughts through meal times. Findings show that a child who has regular family dinners is more likely to be well-adjusted in future adolescent years. 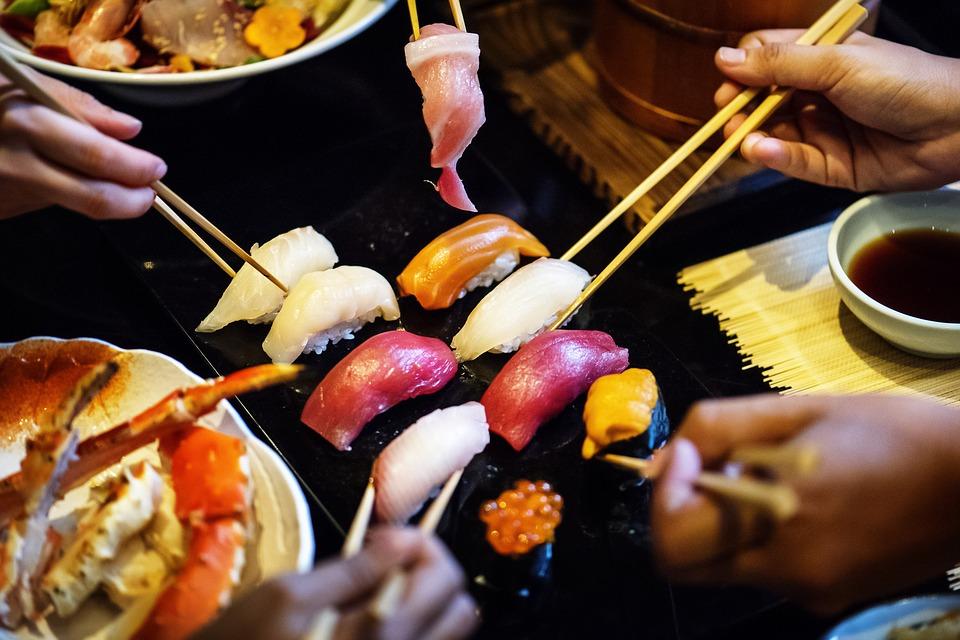 They learn the norms of social life – sharing, turn-taking, coordinating, communicating. All through the simple act of eating together. And this extends all the way into adulthood. Consider, that adults with eating disorders and mental health issues tend to eat by themselves more often than their healthy counterparts.

Eating together in the workplace

Given the evidence, then, it’s reasonable to think that eating together at work has similar benefits for both individual employees and organizations at large. Just as it does for people outside work, eating together will help regulate people’s adaptive behaviors at work. They will be more focused, more attentive to a given task, and more motivated to do their job well.

Teams will become stronger – more cohesive units committed to pursuing shared outcomes and goals. We could hypothesize that teams who eat together outcompete and outperform teams whose members eat alone.

Leading companies are picking up on this idea, choosing to incorporate eating together as company ritual and practice. Google’s AR/VR team is a great example. Not only do they eat together, but they also, from time to time, rent out houses and kitchens and prepare feasts together. They don’t just break bread as a team. They bake it themselves – from scratch.

And so here we see how two very future-oriented, high-tech e-commerce companies are embracing the meal sharing traditions of old. They are tapping into an ancient human practice, knowing well and good that eating together is the furthest thing than a waste of precious work time.

Like President’s Choice, then, I too urge people to take a midday lunch break. Nudge your colleagues sitting next to you and do what humans do best: #EatTogether.