Why is There a Crisis in Hiring?

Employers face a big challenge in hiring, but it is not because of the number of new jobs.

Companies are not hiring to fill new jobs these days. Instead, they’re mostly looking to backfill existing positions that people have vacated.

That is simply not true. Employers do face a big challenge in hiring, but it is not because of the number of new jobs.

I recently noted that February had been a banner month for new jobs, revised now to 326,000. Yet the unemployment rate did not fall and indeed still hasn’t budged since November 2017. That had something to do with the fact that 800,000 new people entered the labor force that same month, a fact that did not make the news. There are also 600,000 to 700,000 new entrants to the labor market—aka school leavers—who are searching for a job and can’t find one in any given month. This doesn’t include the approximately 450,000 discouraged workers who want a job but have given up looking.

New jobs still don’t outnumber those looking for jobs, but the real story is that job creation is just a drop in the hiring bucket, almost a rounding error. In January 2018, U.S. employers hired 5.6 million people. That is a ton of recruiting and hiring activity. How is that possible? Because at the same time, 5.4 million people left their jobs.

Hiring in the U.S., therefore, is not about filling new jobs. That’s only about 3.5 percent of hiring. It is about backfilling existing jobs because people have left. Most of that backfilling is due to high voluntary turnover. The remainder is almost all layoffs, cutting workers here but adding them back over there.

Employers aren’t very interested in hiring people without jobs, especially new entrants to the workforce who have no work experience. We know from prior research that there is considerable stigma against hiring workers who are currently unemployed, and we also know from employers that virtually all their hiring is aimed at experienced candidates.

A single vacancy can therefore set off a chain of hiring and quits, so even a small number of net new jobs in the economy can lead to enormous amounts of hiring and churning.

Yes, I believe employers are having a hard time filling jobs. The reason for that is primarily because they have so many to fill, and unlike a generation ago (when hiring was focused on a small number of entry-level jobs for which it was relatively simple to understand the recruiting issues) hiring happens now up and down the organizational chart, spread out across virtually every job in an organization. The amount of resources and effort required to do all that hiring, especially if we try to do it well, is enormous.

Why do organizations have so many jobs to fill? Because employers can’t keep their own workers. In the 1990s, when we had exactly the same situation, I used to tell managers to watch the labor market, and as soon as it started to tighten, go to your CEO and say, “Boss, we are going to have a retention problem.” Within a few months, you will look like a forecasting genius.

Why can’t we keep our workers? Well, this is the challenge of retention. By the time the job market got tight during the economic expansion of the 1990s, the topic of retention was top-of-mind for HR. It’s not now. Everything is about hiring. If we said, “I can cut your hiring costs,” we’d be swamped with attention, but if we said, “I can improve your retention,” we’d get a “Ho-hum.”

We can’t keep our employees because we stopped trying. We cut back on promotion from within. We don’t try very hard to fill vacancies from within. We don’t train people for new or better jobs, and people who want to advance must leave for opportunities elsewhere. In jobs that don’t have real advancement opportunities, such as front-line, customer-service jobs and, frankly, even some manufacturing jobs, we got rid of practices that retained people, such as higher pay with experience. There is nothing to keep someone in place if another employer offers a few cents more.

Why aren’t we paying attention to retention? Because it’s easy to see the costs of training and of paying more for experience, and we haven’t done much to call out the costs of hiring for our bean counter colleagues. Instead, we’re spending all our time worrying about how to hire millennials, even though we don’t actually do anything about that. 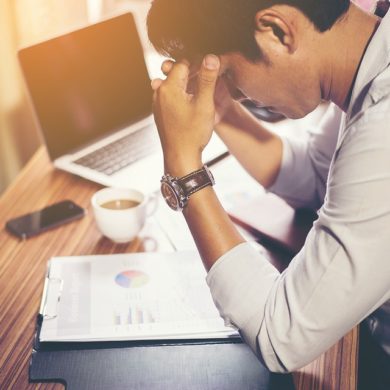 Off Track? How Faltering On Your Current Path Can Point You To Your Right One
We use cookies on our site to give you the best experience possible. By continuing to browse the site, you agree to this use. For more information on how we use cookies, see our Privacy Policy
Continue