Why Regret is a Waste of Time

There is no such thing as a wrong choice. 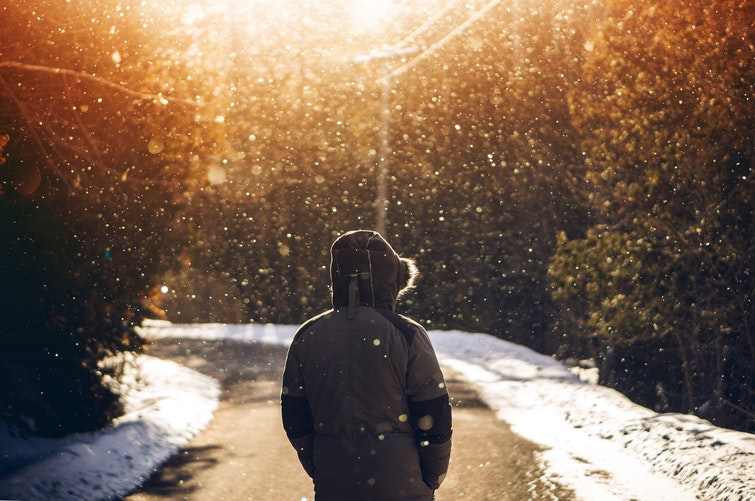 Regret is a big topic in therapy. People talk angrily, mournfully, self-critically, and disappointedly about the choices they’ve made, the ones they wish they hadn’t made, how their “bad” choices created their unhappiness, and how they’re responsible for ruining their own lives. They beat themselves up for the decisions they made that didn’t deliver the results they wanted.

For many people, there exists a perception that life is like a maze, a pre-existing puzzle that exists somewhere outside themselves. They are then inserted, if you will, into this maze. Certain turns (or choices) will lead them to happiness and other turns will take them to a blocked path or, worse, into a river of despair. A good life awaits, and they get to have it if, and only if, they make all the right choices along the path. But if they make certain wrong choices, or if the cards they’re dealt are of a certain nature, they will miss out on what could and should have been theirs—what was available for the taking.

Many people imagine that there is a right and wrong choice to be made in every situation. If their decision leads to the result they desire, then they made the rightdecision. If it doesn’t, then they made the wrong decision. Right and wrong are determined by the outcome that follows. Like a game show, Door Number One is right and will deliver the trip to Hawaii, while Door Number Two will reveal the $1.99 hand fan.

This attitude toward our choices, as well as this version of life, is hogwash.

For every choice we make, we use the experience, information, and intentions available to us in that particular moment in which we make it. We make the decision we make in an attempt to achieve the goal we desire, with the resources we possess now. Life then unfurls in the way that it does; it becomes what it is in part as a result of our choice and in part as a result of the mystery with which life manifests, the mystery that at times seems bigger than all our choices. The truth is, there’s no reality existing somewhere else that says, “Darn, you’re not going to get to join us over here in the happy life, where you could have ended up if you had made the right choice and picked the other path.” That other, imagined happy life is and has always been just a thought. The particular reality that would have come, had we made the other choice, never was and never will be our reality.

We want to divide who we are, the choices we make, and the life that follows into three different things, but they are actually just one thing—one seamless, inseparable reality.

With every choice we make, we change; we become someone different. Who we are is the distillation of all our experiences. Each decision we make presents us with different challenges and gifts. Sometimes the challenges are greater than what we perceive as gifts, and sometimes it’s the other way around. Whomever we become as a result of those challenges and gifts is the right person to become, who we’re supposed to become, and the only person we could ever become — because that’s the only reality that ever could exist, the one that is.

Every choice we make is the right choice, whether or not it leads us to the outcome we desired. It’s the choice we made at that time, with the intelligence, history, wounds, conditioning, relationships, and everything else we possessed and were at the time. While it may seem like we could have chosen something other than what we chose, this is an utterly false belief, one that creates tremendous suffering. The only choice we could have made was the one we made, precisely because it’s the one we did make. Had we been able to make a different choice, we would have made it. Life could not have gone any other way than the way it did, or it would have. To suggest that we could have chosen a different path is to imagine that we could have been someone different than who we were in that moment. We did the best we could with what we had to work with; even if we thought we were making a wrong choice at the time we made it, our best was still to make that “wrong” choice, knowing it was “wrong.” It was still the right “wrong” choice.

When a choice we make ends up leading to an undesirable situation, it’s a right choice that brought disappointment or suffering. While it may not have created what we wanted, it’s presenting us with the lessons to be learned at this moment, and the opportunity to grow into who we are to become now. It’s the experience that is our one and only possible life right now.

Instead of focusing your attention on the choices you should have made or who you should have been when you were making those choices, turn your attention to what’s here now to be learned and to experience. Realize your wisdom as the union of everything you’ve lived so far, “good” or “bad.” Instead of lamenting the life you could have been living, had you made different choices, dive into the life you’re actually in, notice what you’re grateful for, and also what you want to change. See what can be learned in the situation as it is. Instead of using your energy to torture yourself, to inflict self-hatred for the decisions you made when you should have chosen otherwise, forgive yourself for being who you were at that time. Remind yourself that regardless of how it played out with all the other uncontrollable components of life, your intentions were to bring yourself happiness. Stay on your own side. And, most of all, rather than beating yourself up for the choices you made, offer yourself compassion for the disappointment, suffering, or whatever else came with the way life chose to flow.

There’s only one thing we can know for sure, and that is that whatever situation we’re in now, it will change. It will change in part through our choices and in part through life’s eternal changing nature. Rather than squandering your attention on old choices made, moments that are gone, turn your most powerful gift, your attention, to what’s here now. Bring the best of you, your wisdom, and your full presence to the next choice that presents itself, here, with a sincere intention to do the best you can with who you are right now. Be in this choice, this life, this now, and stop imagining that reality could be or could have been anything other than what it is.