Why So Many Lousy Leaders? Five Qualities Anyone Can Learn To Avoid Being One Of Them

You don’t need an MBA or Mensa card to cultivate the foundational qualities of exceptional leadership. 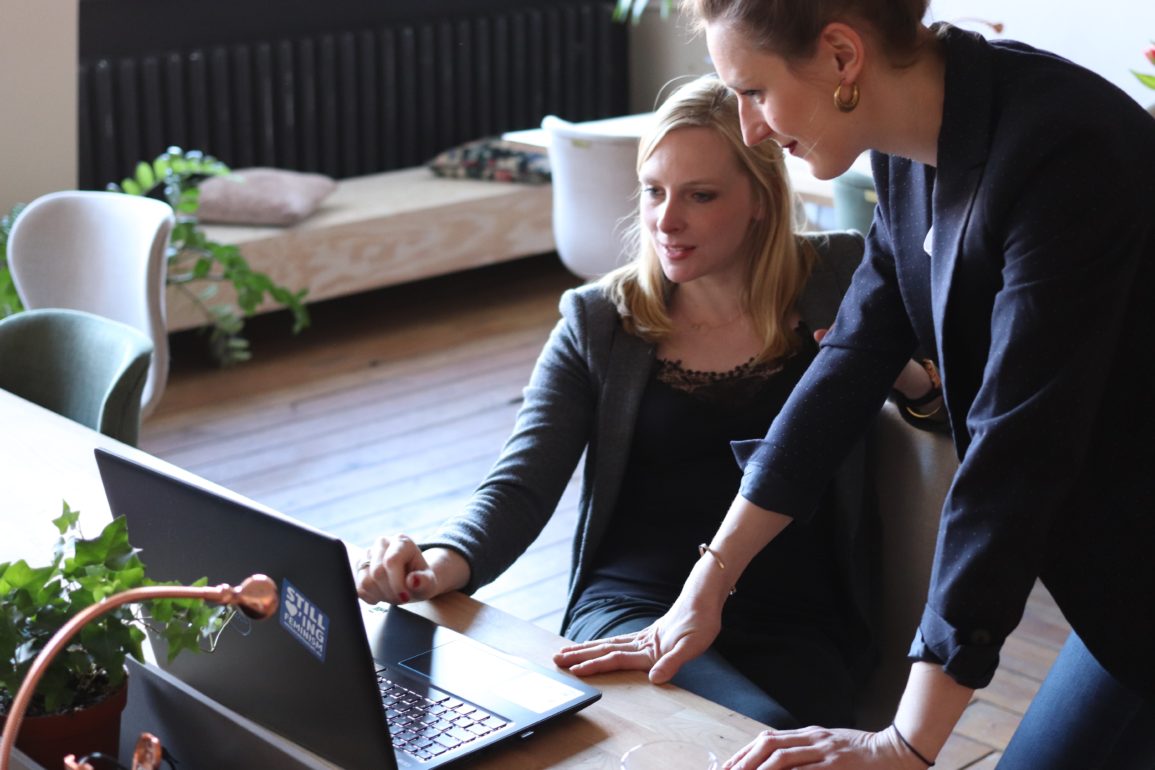 You’ve seen the stats. Two thirds of employees care little about the success of their organization and just as many would prefer to fire their boss than receive a pay raise.

Obviously no leader intentionally wants to demotivate people, much less have them wishing for their downfall.  Clearly, too many do.  And you don’t have to be a management consultant to know that this is a problem.

So what gives? Why is it that so many otherwise competent people fall so short in the exercise of leadership?

Certainly, it’s not a lack of money spent on leadership development. In fact, it’s a multi-billion-dollar industry.  Nor is it a lack of competence. Technical skills and IQ are almost never the issue.

No, rather ‘what gives’ is human nature; that invisible psychological undercurrent that pulls against the higher aspirations of our nature, driving capable people to act in ways that fuel distrust, kill creativity, and erect psychological barriers that keep other capable people from drawing on their strengths and collaborating for better outcomes. 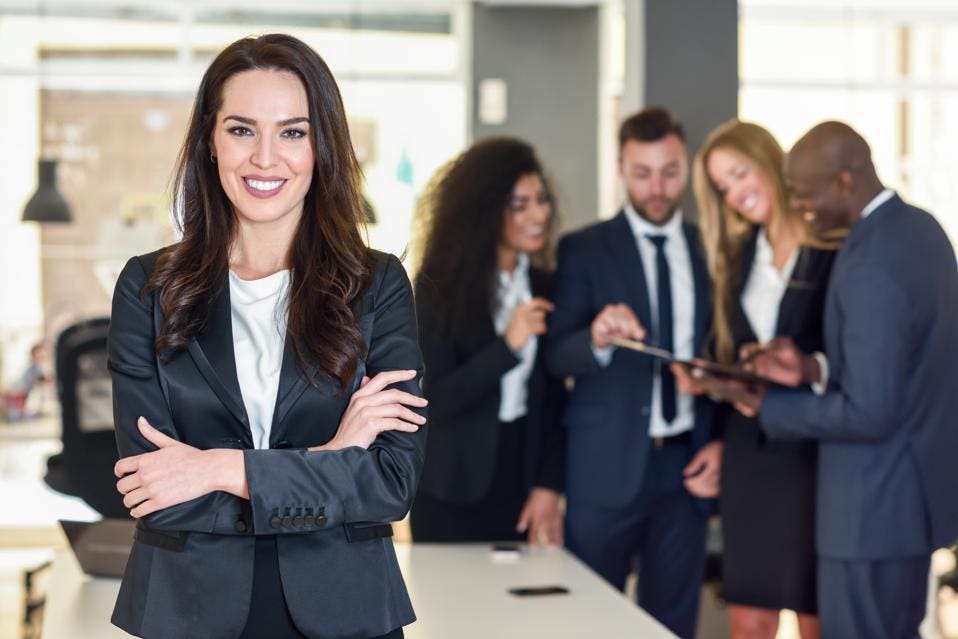 The good news is that you don’t need an MBA or Mensa card to cultivate the foundational qualities of exceptional leadership. That’s because they are the same fundamental noble traits that lay at the foundation of a great life – courage, compassion, selflessness, humility and mindfulness.  That’s not to say a leader might not also have a brilliant mind for strategy with a charismatic personality and head for numbers. However, as we’ve witnessed time and time again, leaders who rest solely on these strengths often come undone, although usually not before they pull countless others down before them.

So whether you are currently in a leadership role or you aspire to be, investing time to cultivate the foundational qualities for good leadership will always be time well spent.  According to the latest research, here are the top five.

A recent study of 35,000 leaders conducted by Harvard Business School and The Potential Project (shared in The Mind of a Leader), found that the quality of compassion (in addition to those listed below) is one of the most valuable, yet often dismissed, traits for impactful leadership.

Compassionate leadership can sound like an oxymoron to those who equate leadership with hard-headed decision making. It’s not. It’s about acting from both the head and the heart; making decisions that will serve the highest good while also being very present to the human cost on those their decisions impact. A leader who detaches from the humanity of others, and is unwilling to feel the angst their actions create may spare themselves emotional discomfort, but they also cut themselves off from forging authentic connections. The kind that build trust, foster loyalty, and nurture a sense of belonging. All essential to harnessing potential and igniting the potent force of human passion.

The fact that 79% of people who resign from their job cite “lack of appreciation” as the key reason speaks to just how much people want to know that their manager genuinely cares for them as a human being, not just a human doing. As I wrote in a former column Compassionate Leadership,we cultivate compassion each time we try to put our self into another’s shoes – to see as they see and feel as they feel.  Try it. It may not be comfortable, but it can be profoundly illuminating.

Benjamin Franklin book ended his days with two questions: “What good shall I do this day?” and “What good have I done today?”  Simple questions but ones that set a leaders internal compass on their own True North.

Bring to mind more contemporary leaders you’ve admired throughout your life and you’ll likely find they lead from a similar approach – it’s not about them. Like Franklin, they may be ambitious to succeed, but their vision of success is one in which they elevate others, not just themselves. They’re passionate about nurturing the potential in others, creating opportunities for others to grow and rise (even to rise above them).

Of course, those undercurrent forces of human nature often pulls people to do just the opposite. The instinctive desire toward shoring up one’s own status and security often wins out of the higher order desires to serve, learn and leave a legacy. Which is why maintaining the heart of real ‘servant leadership’ requires continually keeping the ego in check and reconnecting with our nobler intentions .  Such leaders don’t measure their success based on making themselves look good but by how much good they can do for others.

Great leaders are humble. They aren’t blind to the lure of power so as they accrue more of it they stay vigilant about not over-identifying with their position, status, fame or achievements lest hubris take over.   As Bill Treasurer, author of The Leadership Killer and longtime ‘courage comrade’ share on my Live Brave podcast, “Humility is not a lack of self-belief, it’s a lack to hubris. Hubris feeds on fear and fuels arrogance.”

Humble leaders aren’t threatened by a loss of power so they have no reason to puff themselves out or exert power over others.  Think Uber’s ex-CEO Travis Kalanick. Think Theranos’ Elizabeth Holmes. Think Harvey Weinstein. The list is long.

If you want to build your humility, start by asking the most honest person you know three things you could do better. Tomorrow, ask someone else.

We cultivate mindfulness by pausing from our ‘doing’ and paying attention to what we are noticing and feeling in the present moment. Try it now… beginning with two mindful breaths. What are you focusing on? What are you telling yourself about it? How is that making you feel in your body? How else could you be observing your situation? Even just a few slow mindful breaths can dial up your present moment awareness, become more present to others, and circumvent what’s known as an ‘amygdala hijack’ when we are.

Courage is the lynchpin for all the above qualities. Subsequently, at the heart of every leadership failure is a lack of courage. This is not the ‘hero’ variety of courage found on the battle field. It is the quieter, yet no less noble, variety that most of us have the opportunity to exercise daily.

The courage to set a bold vision and risk falling short.

The courage to stick your neck out for someone else.

The courage to put yourself ‘out there’ and risk rejection.

The courage to say no and risk disappointment.

The courage to make a decision despite the uncertainty.

The courage to delegate and entrust others to make decisions.

The courage to speak truth to power and risk the fall out.

The courage to admit error and apologize for it.

All such actions require laying one’s pride and comfort on the line for the sake of a higher cause.

Nobel Laureate Aleksandr Solzhenitsyn wrote that, “The line separating good and evil passes not through states, nor through classes, nor between political  parties- but right through every human heart.”

The same could be said for the line between truly exceptional leaders and lousy ones. Needless to say, America and the world is hungry for leaders with the courage, compassion and humility to lead from the heart.  Not the puff-out-the-chest variety who relish exercising power over others, but for the lead-from-the-heart kind who seek to exercise power with others.

Like all noble endeavors, becoming an outstanding leader takes not just a deep level of personal commitment, but courage… often more than you’d like.  However by daring to act with the courage you wish more leaders had, you will earn respect and become a leader who others want to follow – not because of the title you hold but because of the person you are.

Margie Warrell is a bestselling author, leadership speaker & host of the Live Brave Podcast.  Connect on Linked In, Twitter & Facebook.