Why Upgrading Your Beliefs Contributes To Your Long Term Happiness

Be Wary Of Programmed Beliefs 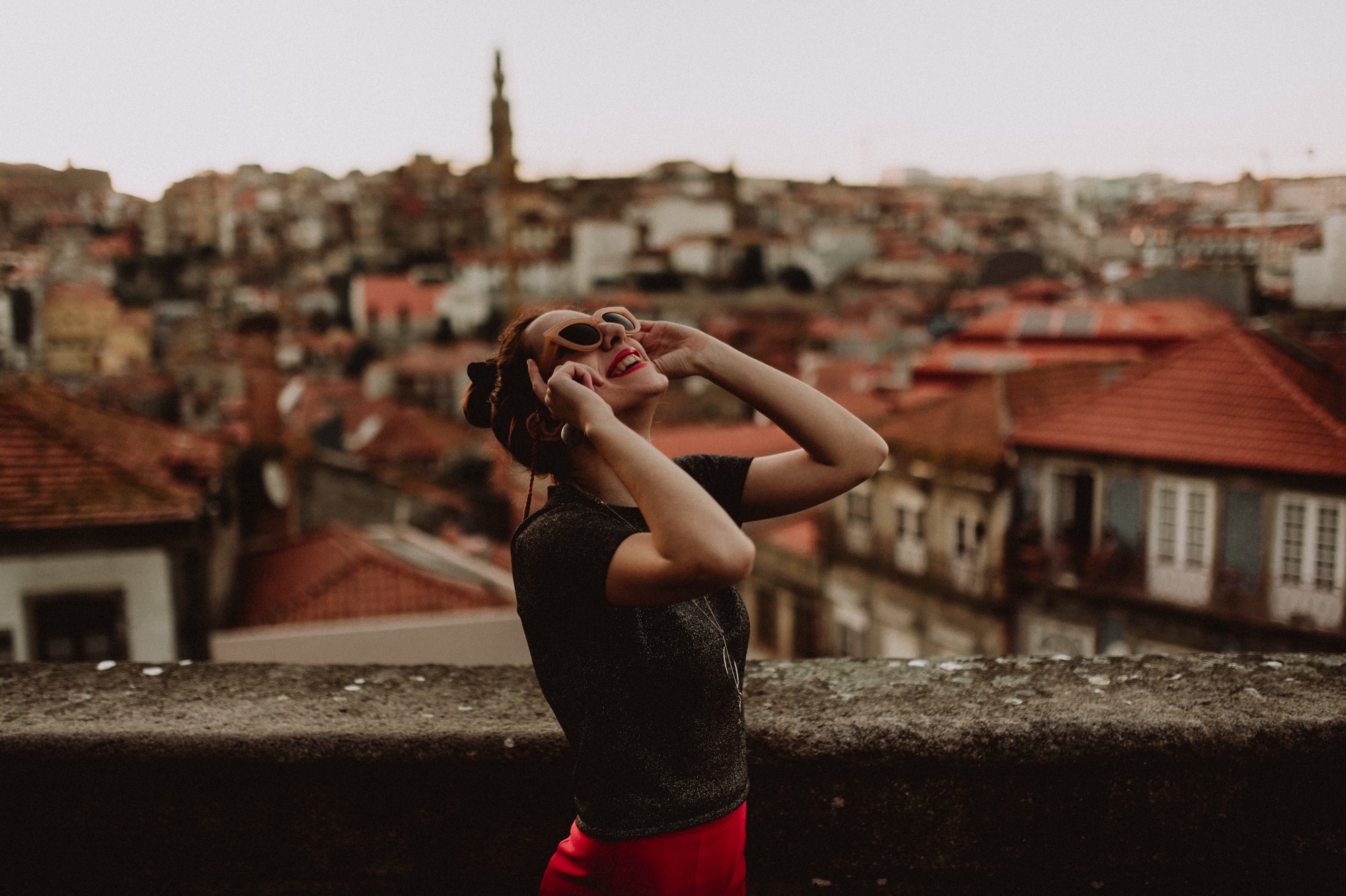 Be Wary Of Programmed Beliefs

“If I know better than you know what I am up to, it is only because I spend more time with myself than you do.” ― Daniel C. Dennett

Many people navigate through life unaware of how their thoughts influence their behaviour. It is as though they are asleep at the wheel, while their life hurtles recklessly out of control. Is this something you’ve experienced at periods in your life? I know I have and I can tell you it wasn’t a pleasant experience, however I learned a lot about myself during that time. Almost 90% of our daily activities are habitual in nature. We wake up, shower, brush our teeth, eat breakfast, catch transport, walk and drive or ride to work/school without so much as given a second thought to those decisions. Our subconscious mind becomes adept at handling such daily actions, it has been suggested by the late Dr Candace Pert, an internationally recognised pharmacologist, that the body is the subconscious mind.

Interestingly, our body handles all this without hesitation of the slightest conscious thought. If I asked you to solve a complex problem or learn a new dance move, you would use your conscious mind, fundamental to learning the new task, prior to the task becoming an unconscious habit. The point I wish to highlight is that we engage with life oblivious to how our unconscious thoughts and behaviours drive our daily actions. Falling into the trap of running on autopilot leads us to unconsciously carry out actions that have been imprinted into our subconscious mind without our conscious awareness.

But do we really want to react to situations instead of examining our deeper motives? I know, its hard work to examine why we react the way we do. However, if we want to be more peaceful and enjoy more loving relationships, we must go to the source of our problems. Reacting to situations means our mind searches its data bank for historical references to make sense of the present moment. To illustrate the point, assume you had an argument with your sibling related to a subtle matter. Your sibling over-reacts and directs hurtful insults at you, which triggers an emotional cascade of retaliation. The situation is further escalated by spiteful responses traded between you, before one of you storms out of the room in anger. Family members have a knack for activating our pain response. It lies in knowing that our reactions stem from the programmed beliefs and thoughts stored in our unconscious mind.

The Legitimacy Of Your Beliefs

“The fact of the matter is that our unconscious is wiser than we are about everything.” ― M. Scott Peck

When we are unconscious to our actions, we react instead of interact to situations. For example, some years ago my colleague and I were conducting a health seminar in the faculty of a well-known university. We were discussing the benefits of drinking good quality Artesian water in place of tap water, owing to its benefits for long term health. A member of the audience took it upon herself to verbally attack us, stating there was no scientific evidence to support our statements. This person reacted to our statements, rather than interacted with us. She could have used the situation to foster dialogue between us and other members of the audience to present counter arguments. This would have created a healthy forum to discuss the topic rather than become embroiled in a heated exchange of words.

Following the lecture, we approached the audience member as we were both curious to know more about her strongly held beliefs. We discovered she was raised on a farm and drank tap water from an early age since that was the only source of water available. She saw nothing wrong with consuming tap water, sighting herself as testament that long term exposure to tap water showed no deleterious results. Besides appearing unhealthy, we saw no reason to challenge her on the issue, other than to concede she was neither wrong nor right in her position. This person reacted to something that challenged her beliefs, rather than foster creative dialogue between us. We had ignited her pain body as Eckhart Tolle calls it, by challenging her long held beliefs. In doing so, her initial reaction was to launch into an attack instead of reconciling whether the belief was still relevant.

But do you want to be the person who reacts unconsciously and regrets it later, especially when you’ve hurt those you love? Regrettably, many people remain stuck on autopilot, never challenging their beliefs and thoughts. We must stop when we find ourselves reacting to something and see it as an opportunity to examine whether our beliefs still serve us. Just because the belief was been formed long ago does not make it right. The length of time of a belief is active within you is not indicative of its truthfulness. We must use it as an opportunity to examine the belief, rather than see it as a personal attack on us. We might gain wonderful insights, which contest our long held beliefs. After all, it is not about being right or wrong — it conveys our obligation to seek happiness and self-empowerment in the long run.

Nowadays, when I conduct seminars, I advise participants that some of the concepts I present will challenge their long held beliefs. I suggest rather than attack the principles, especially if they are new to them, they might want to reflect on them and notice any resistance that arises. I instruct them to conduct their due diligence by testing the ideas before discounting them as inaccurate, wrong or outdated.

“The key is to be conscious even about your unconscious!” ― Harrish Sairaman

For inner growth to occur, we must be aware, awake and receptive to new information which challenges our beliefs. Being challenged is never easy, since the inner critic wants to be right. Life is not intended to be a game of who is right or wrong. It was the American psychologist Gerald Jampolsky who once said: “You can be right or you can be happy.” Many of our current beliefs were formed during an impressionable period of our life, i.e. childhood, when we were in a subconscious learning stage. Furthermore, those beliefs were impressed upon us by loved ones and authority figures, in which we took it upon ourselves to assume they were imparting factual wisdom.

In many ways we are not wholly responsible for our beliefs as children, although we are responsible for our actions and the thoughts and beliefs we entertain as adults. On the next occasion you are in a disagreement with someone, stop for a moment prior to reacting and consider whether you are acting out a learned childhood programme or whether your words and actions are distinctively yours. It takes a great deal of awareness and introspection to acknowledge we have adopted inaccurate thoughts and beliefs of others, while continuing to play them out like broken records. Ask yourself: Do I want to be right or do I want to be happy?

Physiologically speaking, every time you oppose something or someone, you activate your fight or flight nervous system, which is reactive in nature, instead of interactive. I invite you to exmine your beliefs by repeatedly questioning them as they arise. Ultimately your exchanges with others should be interactive, rather than reactive. Let us remove the outdated notion of winning and losing as it relates to our connections with others. It was the late Dr. Stephen R. Covey who wrote in his bestselling book The 7 Habits of Highly Effective People that one of the three values of Interdependence is striving for win — win in every encounter. Sometimes that may mean conceding it is better to be happy than be right. 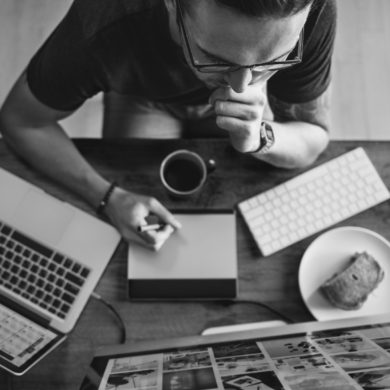 7 Strengths of Deep Souls
We use cookies on our site to give you the best experience possible. By continuing to browse the site, you agree to this use. For more information on how we use cookies, see our Privacy Policy
Continue