Why We Need to Stop Demonizing Antidepressants

Generalizing medication as 'all-bad' dismisses the number of lives it has saved. 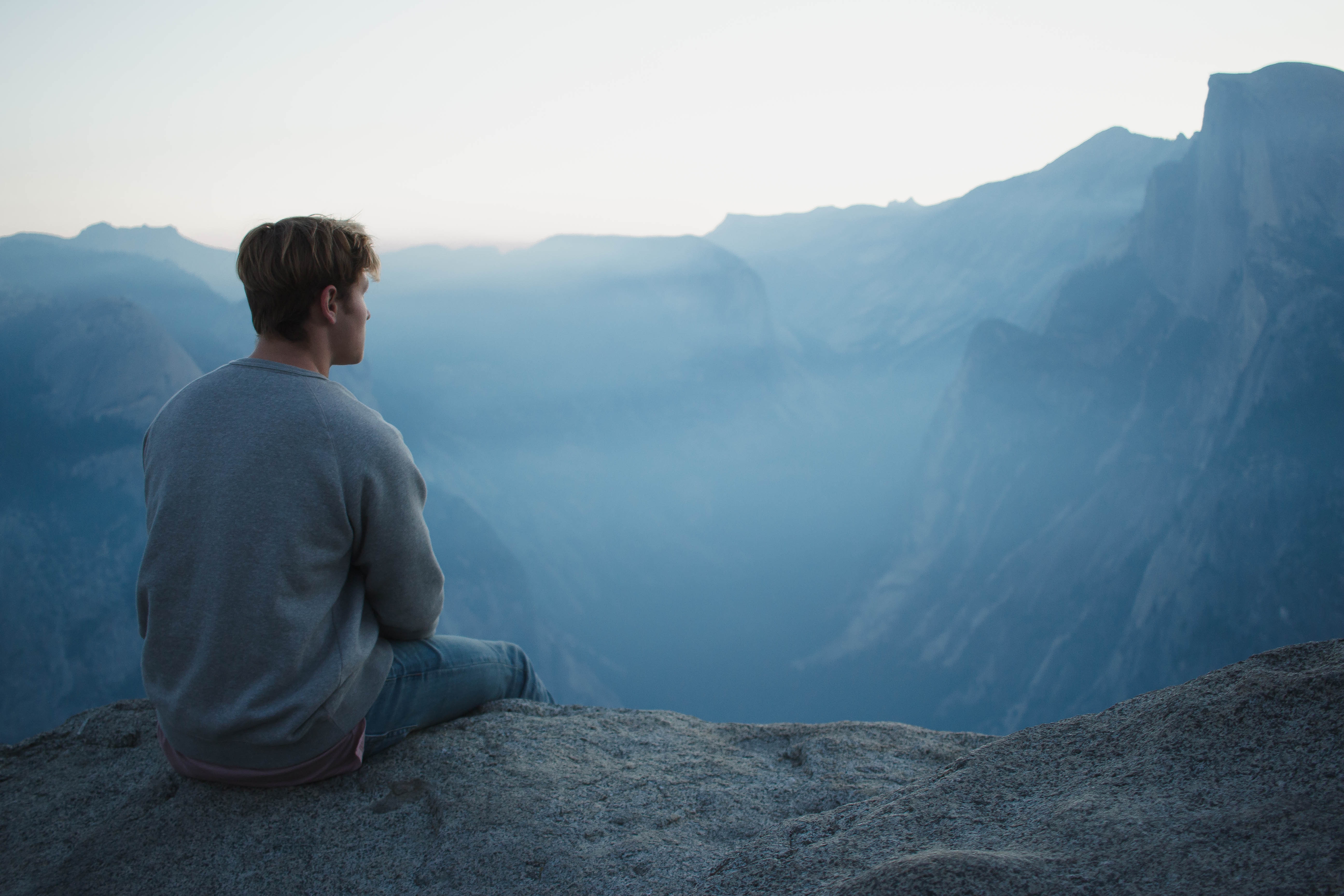 A  leading cause of death in the United States, suicide has become a significant public health issue both here and worldwide. Mental illness is one of many risk factors in cases of suicide, the most common being depression. Unfortunately, only half of those living with depression and other mental illnesses actually receive treatment. The culprit most often is stigma. Whether individually, as in cases of internalized stigma, or on a societal level, evidenced by a health care policy that treats mental illness as inferior, the Center for Disease Control (CDC) lists stigma associated with mental illness and help-seeking as one of the primary risk factors for suicide.

In addition to stigma around mental illness itself is the stigma of potentially life-saving treatments, in particular, psychotropic medication. As demonized as antidepressants have come to be by many, we must not forget the number of lives that those same medications have saved and the quality of lives they have improved. Especially for high risk individuals and in cases of treatment-resistant depression, medications can be extremely helpful. They can serve as an ancillary to treatment and help patients deal with debilitating symptoms.

“Stigmatization of mental health treatment, including treatment with medications, prevents those who need it from seeking out help,” says Dr. Louisa Steinberg, MD, PhD, a Postdoctoral Research Fellow at Columbia University. According to Steinberg, stigmatization of treatments like medication contributes to premature abandonment of treatment and is the most common cause of treatment failure. “Depression is a serious, life-threatening illness” she says, “and blanket statements demonizing its treatment do a real disservice to those in need of it and neglect the underlying complexity of both the illness and the treatment.”

Psychiatrist Alex Dimitriu, M.D., agrees that stigma only perpetuates barriers to entry and treatment for mental health conditions. “Whenever I hear a criticism of modern psychiatry and its medications, with some studies saying these medications work no better than placebo,” he says, “I would ask myself, ‘what then am I doing here as a doctor?’ I could not do my job on a daily basis, If I felt my work was for naught, or even worse, causing harm.“

Clearing up common misconceptions about medication

The risks of side effects can be minimized.

In response to common and reasonable concerns about medication, Dr. David Hellerstein, Professor of Clinical Psychiatry at Columbia University, says this is something that psychiatrists are aware of and are addressing. “Some medications can cause undesirable side effects such as emotional dulling,” acknowledges Hellerstein, “a common concern among creative artists. Switching or augmenting with more activating medications can address that issue. There are also new drugs being developed all the time.”

Dimitriu agrees that although medications may have side effects, the debilitation of anxiety or depression runs a risk of greater cost.

Medication does not have to be taken indefinitely.

“Many come off of medication treatments, especially when they work in therapy.,” says Hellerstein. “Many times, it can serve as a sort of jump starter, facilitating the healing process. Some people try them for limited trial of a year or two. It is safer than drugs of abuse.”

“Often in clinical depression we also need to use medication to free up the stuck biological system,” says Dr. Eric Nestler, M.D., Ph.D., Mount Sinai and Member of Task Force at Hope for Depression Research Foundation. “It can help you get your life in better order, and get to a healthier state so that you can work in therapy and engage in the behavioral activities such as exercise.”

According to Nestler, antidepressant medications are effective for roughly half to two-thirds of people who are carefully diagnosed as being depressed. “People who argue to the contrary,” says Nestler, “are wrong and biased.”

While it is true that clinical trials of antidepressant medications over the past couple of decades show less efficacy than trials performed several decades ago, according to Nestler, this reflects the simple fact that, unlike several decades ago, the vast majority of individuals in the U.S. today with depression have access to medication.  “The only people now seeking out clinical trials of new drugs are those who haven’t responded to existing medications.” he says, “It is therefore not surprising that trials today are showing less efficacy among the group of patients with so-called treatment-resistant depression.”

The down side of medication

Is medication over-prescribed in our country? Absolutely. “When drugs like Prozac first came on the market, there was a big problem with over-prescription,” says Sal Raichbach PsyD, LCSW, Ambrosia Treatment Center.“They were seen as a ‘miracle pill’ so when people realized this wasn’t the case and these medications, like others, had side effects, the pendulum swung the opposite way. In many ways, society hasn’t recovered from this mindset. A problem occurs when society attaches a stigma to mental health treatment, whether that be seeing a therapist or taking a pill,” Raichbach says. “Even though antidepressants don’t work for everyone, they save countless lives. They provide the sense of balance and emotional regulation needed to begin the healing process and they bring the individual back to a place where they are more receptive to treatment.”

Medication is not for everyone

Both Raichbach and Hellerstein make it clear that medication is certainly not the only answer and that it is not for everyone. According to the National Institute of Health (NIH), as is true for many other treatments, medications may help in some situations, and not in others. “They are effective for moderate, severe and chronic depression, but probably not for mild cases. Their aim is relieve symptoms and to help restore emotional balance.”

There are several other treatment options available for depression such as brain stimulation treatments, light therapy, and behavioral activation therapy. “In many cases, such as in mild to moderate depression, any one of these treatments or psychotherapy alone can be sufficient.” says Dr. Bryan Bruno, Medical Director at Mid City TMS, a New York City-based medical center focused on treating depression. “For example, transcranial magnetic stimulation (TMS) is an alternative outpatient treatment that uses magnetic pulses to activate specific areas of your brain where low activity causes depression. According to Bruno, TMS treatments should be especially considered when antidepressants have been insufficiently beneficial. “Antidepressants are not always necessary to treat depression and they don’t have to be taken alone.”

A message to prescribers

It is important that medical professionals not rely on medication alone as a first-line treatment for every case of depression. Prescribers would be remiss in neglecting to provide their patients with a referral to a therapist, or to at least offer psychoeducation around the importance of therapy in the treatment of mental illness.  As studies consistently show, the most effective treatment for depression is neither therapy alone, nor medication alone, but a combination of both. Medication can alleviate symptoms quicker than therapy alone; however, it is addressing only the biological components. Since depression is not a one dimensional condition, to ignore the psychological, emotional, and social factors involved is to treat it only half-heartedly.

Especially for those experiencing suicidal thoughts, foregoing mental stability and quality of life over fears and misconceptions, and continuing stigma, can be a life-threatening decision. “People not getting any treatment whatsoever are putting themselves at a disadvantage,” says Hellerstein. “The consequences of untreated depression or anxiety are much worse on mental function than any of the effects of treatment. You have to weigh the costs and the benefits.”

Checking our own biases and perpetuation of stigma

Whatever stance you take in the medication debate, whatever your own beliefs, it is crucial not to generalize. We are all vulnerable and, as such, must be careful to not participate in the perpetuation of mental health stigma.

To say that medication is all bad is to dismiss its many benefits. We can’t rule out a treatment that has proven effective for millions. Such generalized statements are dangerous, if even one life can be saved or suicide prevented.