Why You Should Not Climb The Corporate Ladder 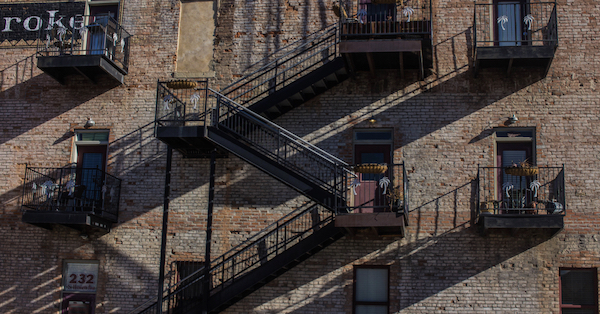 Do you think climbing the corporate ladder is the best chance for career success?

One of the favorite studies I wrote about in Friend of a Friend is Adam Kleinbaum’s research on what he calls organizational misfits. We might think that the people that stick in one silo, stay in one lane, and slowly climb the corporate ladder get ahead the most. This is the advice so many of us get. And it’s reinforced by the siloed nature of so many organizational charts.

But what Kleinbaum found by studying one large 30,000-person organization is that the people who actually spun their wheels a bit earlier in their career before finding traction were the people who had more successful careers over the long-term.

Kleinbaum called these the “organizational misfits.” These are the people who bounced around from department to department. But they were also the people that built a more diverse social network that allowed them later in their career to be able to see more holistically, to be able to see a big picture. As a result, their careers moved further faster. They were more likely to get promoted. They were more likely to get raises.

The implications of this study are powerful for two reasons. First, if you feel like you’re just spinning your wheels and you’re not getting traction, then this study brings a little hope. Maybe it’s okay. Instead of worrying about climbing up the ladder of your silo, focus on building a diverse social network as you find that thing that you want to climb up in.

Second, the study implies that all of us need to be thinking about how we can be a little bit more of a misfit. Even if we’re steady on this path of climbing the corporate ladder and moving up rung by rung, we still need to be doing things that get me a more diverse social network inside the organization. We need to ask peers in other departments for coffee. We need to drop in on meetings for departments that we’re not responsible for and see if we can learn a thing or two—or meet a new person or two. We need to develop a social network that is wide across the organization because we’ll need it down the road.
The organizational misfits become the organizational leaders. So we all need to be a little more misfit.