You Lead Differently When You Want to Be Liked

Power and status goals can cause leaders to make different decisions.

When you take on a leadership role, there are many different goals you are probably trying to pursue. You’d like to be liked (or at least respected) in that role. You may also be interested in having your vision of the future carried out. In addition, you probably want to succeed at whatever goals the group has adopted.

As it turns out, these goals can sometimes be at odds.

Indeed, one of the hardest things about being a leader is that people may disagree with your beliefs about what should be done to succeed. Steve Jobs was famous for clashing with members of his team over aspects of the design and implementation of products. He prized his vision over being liked by others.

A paper in the October 2018 issue of the Journal of Personality and Social Psychology by Charleen Case, Katherine Bae, and Jon Maner explored how people make this tradeoff between their vision and those of the people they are leading.

In one study, participants were brought to a room in the lab and were told that three other participants on their team were in other rooms. They completed a few questionnaires that purported to determine which member of a group should be the leader. Then, the participant was assigned to the group leader with the task of deciding which strategy the team should use to assemble a jigsaw puzzle.

Finally, participants also filled out a scale that assessed their leadership style. It focused on whether people tend to focus on being respected and admired, or whether they focused on having authority and power.

The researchers obtained similar results in four other experiments. In two of these experiments, participants’ leadership style was measured as it was in the study I just described.

In two other studies, participants were focused on either status or power through a manipulation. In the status condition, the instructions emphasized the admiration that comes along with being the group leader. In the power condition, participants were told they would get to determine the roles each other participant played in the task, as well as the payment they would receive for doing the study.

Of course, in many situations, leaders need to pay attention to both status and power. Leaders who are not liked may have difficulty staying in power, even when they are successful. Steve Jobs was forced out of Apple for several years, because his colleagues did not like his style. One option for leaders is to find situations in which the outcome is not that crucial to allow team members to get what they want and to overrule the desires of the group primarily in situations in which the outcome is crucial for an organization’s survival. 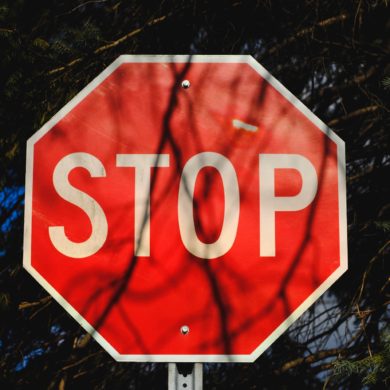 How to Stop Being Your Own Worst Enemy When it Comes to Success
We use cookies on our site to give you the best experience possible. By continuing to browse the site, you agree to this use. For more information on how we use cookies, see our Privacy Policy
Continue