3 Secrets From Neuroscience On How To Be Mentally Strong 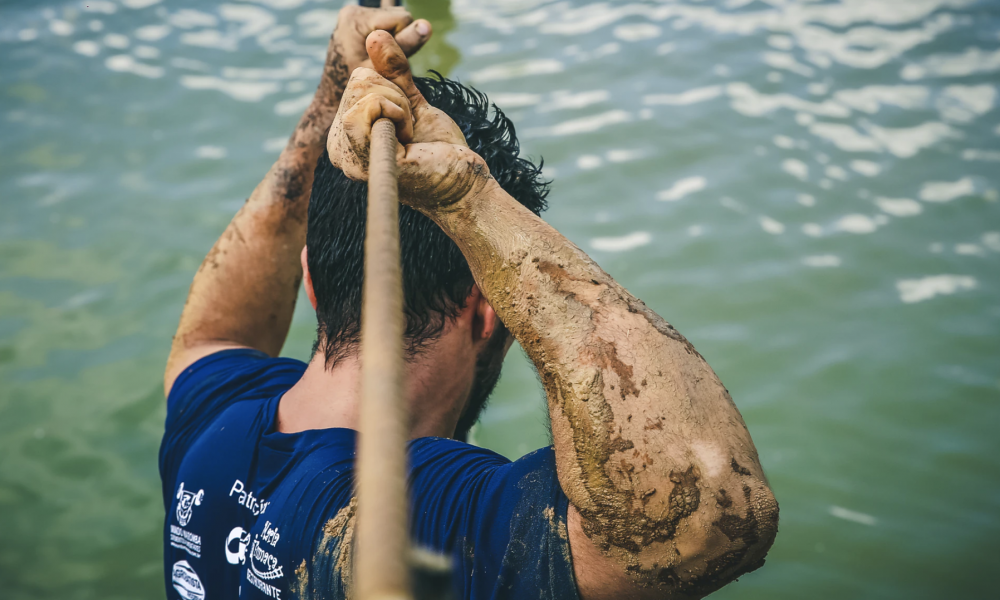 I learned that FBI agents need mental toughness to chip away at messy cases that can last for years. I learned that to ignore a problem case won’t make it go away, either. Instead, I worked through the problems until I found an answer. Innocent people rely on agents like myself to arrest criminals and gather enough evidence to take them to court.

After I retired from the FBI, I still found myself surrounded with problems, ones that couldn’t be ignored just because they were difficult and inconvenient. I’d still need mental toughness to break through obstacles and barriers in life.

Mental toughness is misunderstood by many people. Too often, it is associated with a hard-headed mindset that refuses to yield when circumstances change.

Mental toughness is the ability to manage your emotions and control your thoughts and behavior in ways that will set you up for success. It’s not something you’re born with—it’s something you can learn, and not only in tough times.

Our brains are hardwired to make us emotional creatures—first and foremost. No matter how tough and self-controlled we think we are, our first reaction will ALWAYS be emotional. We can dampen or deny our emotions, but we are kidding ourselves if we think we can actually control the way in which our brain processes emotions.

You do have total control, however, over the thoughts that follow an emotion. If you are in control, you also have a great deal of power over the way in which you react to your emotion and the situation that created it.

Here are 3 secrets from psychology on how to be mentally strong:

Some people come out of the chute with clarity of purpose and vision for their life. I was not one of those lucky few. In school I pursued a generic degree in business because I had no clue what I wanted to do in life. My first few jobs didn’t help, either. At some point it became “What do I not suck at?”

At the time I was worried about becoming a loser and how I would explain that to my parents. Now I realize most people struggle to figure out what they want to do with themselves. I was not a freak or a loser.

The bigger question you need to answer is “How do I discover what is important to me?”

Mental toughness requires clarity of vision about yourself and where you’re headed in life. It’s what will give you a fire in the belly.

It takes discipline and perseverance to not settle for mediocrity, and instead, pursue the important work. What is important is different for all of us but mentally tough people discover what they want from life and what they’re going to do to make it happen.

Psychologist Mihaly Csiksgentmihalyi’s work in the field of positive psychology has identified the concept of flow, a mental state where people are so involved in an activity that nothing else seemed to matter. Csikszentmihalyi and his colleagues found that intrinsically motivated people were more likely to be goal-directed and enjoy challenges that would lead to an increase in overall satisfaction.

How To Make It Work For You: When is the last time you were so absorbed in work that you forgot to eat? When you were so involved in an activity that nothing else seemed to matter? That is a state of flow. Look back over your day, week, or month and pinpoint those times when you felt engaged and fulfilled. That’s the work that’s important to you.

Once we identity the important work, it’s time to set goals that will move us in that direction. When it comes to setting goals, there’s no shortage of coaches, self-help books, and gurus who are willing to offer their expert advice for a price. Results are guaranteed, as long as the money keeps rolling in.

When our goals are big, it’s often hard to know where to begin. Or, we begin with everything and forget that life is unpredictable. As a result, we feel guilty when we miss a goal, which leads to a response like, “I’ll start again next week.”

Psychologists have found that people who pursue goals that satisfy their deepest values are more motivated to persevere and not give up. Values are those things that are bigger than yourself. They’re about more than pleasure and fleeting moments of happiness.

“A mission statement is not something you write overnight… But fundamentally, your mission statement becomes your constitution, the solid expression of your vision and values. It becomes the criterion by which you measure everything else in your life”—Stephen Covey

When we get out of school, we’re blue-flamers out to take on the world. We’re young, run fast, and have lots of energy. That works for awhile, but if our goals suck and don’t satisfy an inner need, we slow down when middle age hits us.

Now, it’s the new crop of folks who give us a run for the money. If the passion isn’t there, guess who’s going to get run over?

How To Make It Work For You: Everyone has different values but it is critical that you dig deep to uncover the values that will lead you to personal growth and close relationships. They are in stark contrast to extrinsic rewards like money, status, and fame. If none of your goals align with what is most meaningful to you in life, make some changes to bring your values more into your daily life.

Our brain is a non-stop chatterbox. It’s estimated that we say between 300-1,000 words to ourselves per minute. Our brain gets scared when we’re confronted with the unknown because its job is to keep us alert to danger ahead. It screams, “You’re going to die!” or something similar.

Here’s what your brain doesn’t know: not everything new and unfamiliar is a threat to your safety.

Psychologist Martin Seligman pioneered the science behind positive thinking. He argues that, much like mental toughness, learned optimism is a mindset that we can develop and cultivate. According to Seligman, our explanatory style is the story we tell ourselves when bad things happen.

A worrier (or pessimist) tells themselves that the bad thing:

An idealist (or positive thinker) tells themselves that the bad thing:

How To Make It Work For You: When you’re confronted with an obstacle or roadblock next time, remember the 3 P’s and flip the script.

Over time, you can make yourself a positive thinker who is mentally tough. Seligman warns against looking at life through rose-colored glasses, however. He says there’s evidence that idealists (optimists) can distort reality in a self-serving way while worriers (pessimists) tend to see reality with more accuracy.