4 FBI Tips On How To Handle Awkward Conversations 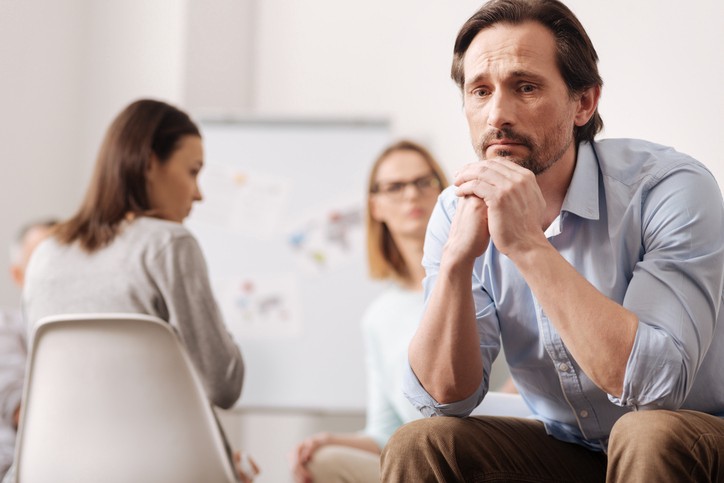 I sat down in a room with thirty other new FBI agents for a training course on how to handle hostage negotiations and other awkward conversations. Since my job was to recruit foreign spies to work with the FBI, I sensed the potential for lots of awkward conversations in my future.

Still, I wasn’t sure this was the right training program for me. I thought of myself as an interviewer, not a hard-boiled interrogator — and this was a top-notch interrogation program led by Special Forces and FBI Hostage Rescue Team (HRT).

The lead instructor had a face that looked as though it was chiseled out of a block of wood. He told us, “Successful interrogators need need to be savvy about what the other person is feeling. Build a connection with them. Focus on trust.”

This is not the advice I had expected from a tough interrogation expert. But a little more background on the FBI’s hostage negotiation program created at Quantico enlightened me. I was told that approximately 70 percent of law enforcement negotiators are trained using FBI techniques. Statistics confirm that if negotiations escalate, shootouts tend to end badly for police officers and the casualties are high.

Awkward conversations happen in our personal life as well. When discussions go to hell in a hand basket, they quickly turn into a fight. Psychologists say that our brain is wired for war; our point of view has been attacked if we disagree with someone. We feel threatened so we yell and scream. Go no further than family reunions over the holidays to see proof of concept.

We’ve all tried to shock and awe our relatives with the use of facts and logic. That does no more than set your opponent up to look stupid. When Uncle Henry admits he learned something new, he also admits he lost.

Furthermore, MRI scans indicate that the area of the brain associated with logic shuts down when the individual is presented with evidence that is in conflict with their belief system. The regions associated with aggression light up. So, as far as Uncle Henry’s brain is concerned, it’s not a rational discussion. It’s war.

The FBI’s instructor used words like emotions, feelings, and trust, and it went straight to the heart of this training program. His tips would work with barricaded criminals wielding assault rifles — they could also apply to almost any kind of situation where you need to change people’s minds, or influence their decisions.

As the week unfolded, we talked about empathy, rapport, active listening, and other aspects of emotional intelligence. I used the techniques I learned in that interrogation training program for the rest of my career as an FBI counterintelligence agent.

Here are 4 FBI tips on how to handle awkward conversations:

Emotions are controlled by our limbic brain system. It is the seat of the value judgments that we make, which is why it exerts such a strong influence on our behaviour. The limbic brain is responsible for the “fight” or “flight” reaction we experience when we’re exposed to danger or negative situations. This warning has kept us safe for centuries, and when we’re in awkward conversations or a heated argument, the limbic brain starts to scream. It only understands “fight” or “flight” so you know nothing good is going to happen.

Behavior is contagious and it’s easy to respond in a manner that mimics the other person. With that in mind, stay calm. Slow it down. Often, the other person’s anger will subside if you don’t provoke it. When you rush a situation, it tends to intensify emotions. Resist the urge to open your mouth. Instead, listen and acknowledge.

The number one reason people leave their jobs? They didn’t feel their boss listened to them.

Tip: Dismiss the hysterics and try to pinpoint the underlying issue. It can help to say, “Please speak slower. I’d like to help. I need to understand.”

Back in the 1980s, Harvard researcher Stanley Rachman discovered something interesting about bomb-disposal operatives. Rachman wanted to know what quality made these people successful in this high-risk profession. Bomb-disposal operatives are good or they wouldn’t be alive to tell the story. But Rachman wanted to know what set them apart from their colleagues. To find out, he took a bunch of experienced bomb-disposal operatives with ten years or more in the business. He split them into two groups: those who’d been decorated for their work, and those who hadn’t. Then he compared their heart rates while they were in the field and on jobs that required high levels of focus and concentration.

What he discovered was unexpected. At the beginning, the heart rates of all the operatives remained stable, which was expected given their line of work. But, something incredible happened with the ones who’d been decorated — their heart rates went down. As soon as they entered the danger zone, they assumed a state of meditative focus: it was as if they became one with the device they worked on.

Rachman’s follow-up analysis probed deeper, and revealed the reason for their lowered heart rate — confidence. The operatives who’d been decorated were given subsequent tests and they all scored higher on confidence and self-belief than their non-decorated colleagues who took the same tests.

If your opponent perceives your point of view to mean war, you’ll need to think like a survivor. Survivors are confident positive thinkers who believe they will prevail in their circumstances. They have the ability to see how even a negative experience might lead to growth.

Tip: Confident people, who might even overestimate their powers, do particularly well in stressful situations. It’s intuitive reasoning: What creates a sense of fearlessness? “I’m confident I’ve got this covered. I’ve done it before.”

It’s very important how you talk to yourself in awkward conversations or stressful situations. The way in which we look at ourselves, and our circumstances, dictates our attitude when determining how to overcome adversity.

To jettison those negative thoughts, you may find it necessary to express your situation differently. When you rethink, or reframe, your adversity, it helps to move it into a context that is more favorable.

This is not to make light of tragedy. It’s perfectly normal to be sad when we are immersed in a negative situation and we need to overcome adversity. That said, we do not need to let the crap moments produced by adversity sabotage our efforts to move toward success.

When you reframe your response to adversity or stress, you say to yourself, “I know what to do here.” You can move ahead with confidence and a new perspective.

If you reframe the content of your situation, it means you choose what you focus on. Nothing has changed, but instead of wallowing in what did not work, you intentionally choose to focus on what did, or might, work.

Tip: Rather than complain to everyone about a failure, reframe your situation so you can learn from the experience. Ask yourself what it taught you. Take the time to analyze why you failed — and then move on. No one wants to keep hearing about it…

4. Anticipate What Could Go Wrong

One of the best questions you can ask yourself in any situation is this: “What could go wrong?” This question is not an exercise in pessimism. It’s a great reality check because guess what? Shit happens. And the more prepared you are, the quicker you can adapt and move forward.

Don’t find yourself surprised when something goes wrong. Be prepared. When you anticipate what could go wrong, you take the knee-jerk anxiety out of the equation.

Ceaseless optimism about the future only makes for a greater shock when things go wrong. When we fight to maintain only positive beliefs about the future, we end up less prepared, and more distressed, when negative things happen.

When you anticipate all that can go wrong in difficult and awkward conversations, you remove the surprise and most of the fear. Ready yourself for the worst. As Seneca said, “The man who has anticipated the coming of troubles takes away their power when they arrive.”

So, what can do you do to prepare yourself? What options do you have when the worst case happens? How can you prevent it from happening? What can you do today to reduce the chances of the worst happening? As best-selling author Tim Ferris explains, if it does happen, how can you bounce back? Write it all down on paper and think it through.

Tip: Try this the next time you anticipate awkward conversations: 1) What is the worst that can happen? Write it down. Feel it. 2) Ask how you can prevent it and write down the solutions. 3) Rehearse all the ways the conversation could go wrong. Practice your responses.

Four Ways to Calm Your Mind in Stressful Times
We use cookies on our site to give you the best experience possible. By continuing to browse the site, you agree to this use. For more information on how we use cookies, see our Privacy Policy
Continue