7 Long-Term Productivity Habits Of The Most Successful People

One thing uniting the most high-power leaders with the lowest-level workers is time: Day in and day out, we all have the same amount of it. Where the variation comes in is how we use it. Some of the most successful people tend to attribute their achievements at least partly to time management. But one of the secrets of managing your time for long-term success is embracing the fact that you’ll always have the same amount of minutes, days, and hours to spare. In other words, time isn’t the thing to manage–your activities are. Here are seven habits that can help you do that.

1. THEY DON’T MAJOR IN THE MINOR

The most productive people can zero in on what will bring them the greatest return for time spent. They know what’s best for them to tackle and what someone else can do, freeing them up to do the high-value work. Aleis Ohanian of Reddit relies on Fancy Hands, virtual assistants that are able to do much of the busy work he needs to reckon with on a regular basis.

Becoming more productive and–arguably the bigger challenge–staying that way means gravitating toward work that may be uncomfortable and difficult and outsourcing what’s easy and familiar. A study at the University of California, Irvine, found that when it came to workplace distractions, most employees were actually happiest when performing rote tasks. Highly successful people, though, aren’t most employees; they make it a habit to do work that others don’t want to do.

One of the secrets of managing your time for long-term success is embracing the fact that you’ll always have the same amount of minutes, days, and hours to spare.

2. THEY GET UP EARLY

It may not surprise you to learn that a common theme among the most productive people is that they’re early risers. Indre Noyil, CEO of PepsiCo and Jeff Imelda, CEO of GE, are two productive people who believe that getting up early gives them a head start on the day, allowing them to get important tasks accomplished before doing battle with the inevitable barrage of distractions that come their way later in the morning. Apple Inc. CEO Tim Cook is known to start his day by 4:30 a.m. in order to send out emails before the morning crush.

Forget the myth of multitasking. We already know that trying to do many things at once is one of the surest ways to do them all inefficiently. Productive people have always been aware that in order to do an important job well, they need to get focused and stay focused. Their ability to pick out what’s important and then focus on that until it’s done sets them apart from those whose time and energy gets diverted by doing the opposite. Jason Goldberg, CEO of Fab.com believes it’s important to pick one thing that you’re better at than anyone else, then focus relentlessly on doing it well.

4. THEY KEEP TRACK OF TASKS

It’s easy to imagine some of the most successful people as freewheeling thinkers who switch from one thing to the next according to instinct. But the truth is that many of them are meticulous planners. They set up their day in advance and make lists to help them get through everything they need to. This keeps them from spending needless time and energy trying to think of what needs to be done. Tony Schwartz, CEO of The Energy Project, is a devotee of thoughtful, regular prioritization, setting out one crucial task each day and focusing on that task until it’s completed.

Part and parcel of prioritizing tasks, highly successful people also make a habit of capturing crucial information. The late Jim Rohn was known to have a complete library of notes he’d taken throughout his lifetime. He was determined to capture everything that mattered or seemed interesting–and not just in words but by taking photos. Bill Gates puts an equally high value on recording great ideas. Because of online products like Evernote, Get Pocket, Instapaper, and a host of other apps, there are now more ways than ever to capture and save important information, leaving your mind freer to work on other problems and ideas.

There are now more ways than ever to capture and save important information, leaving your mind freer to work on other problems.

6. THEY KEEP MEETINGS TO A MINIMUM

Meetings are notorious for chewing up valuable time. That’s why highly productive people carefully establish goals for the essential meetings they do attend, and relentlessly avoid all others. They also limit speaking time in those settings, forcing everyone involved to be as clear and concise as possible. Gary E. McCullough of Career Education says he limits the time people have to speak by only allowing them half the amount of time they ask for.

No matter how strapped for time they get, some of the most productive people realize that decluttering their minds is essential to leading a productive mind. Oprah Winfrey, a devotee of meditation, credits the practice not only with increased productivity but improved relationships with all of the important people in her life. In fact, experts tell us that we don’t need that much time to experience the benefits of meditation. Just building 20 minutes of meditation into your day can help clear your mind. And if you can work that habit into your routine and stick with it, you’ll stand a greater chance of holding onto that productivity boost for the long haul. 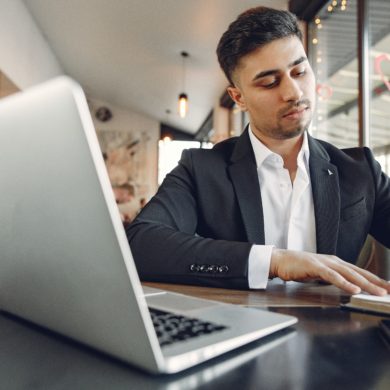 Want to Be an Admired Leader? Harvard Research Says Stop Hiding This 1 Thing
We use cookies on our site to give you the best experience possible. By continuing to browse the site, you agree to this use. For more information on how we use cookies, see our Privacy Policy
Continue