Amid Uncertainty, Beware Indecision And Over Caution

When fear runs high, the need for courage runs higher. 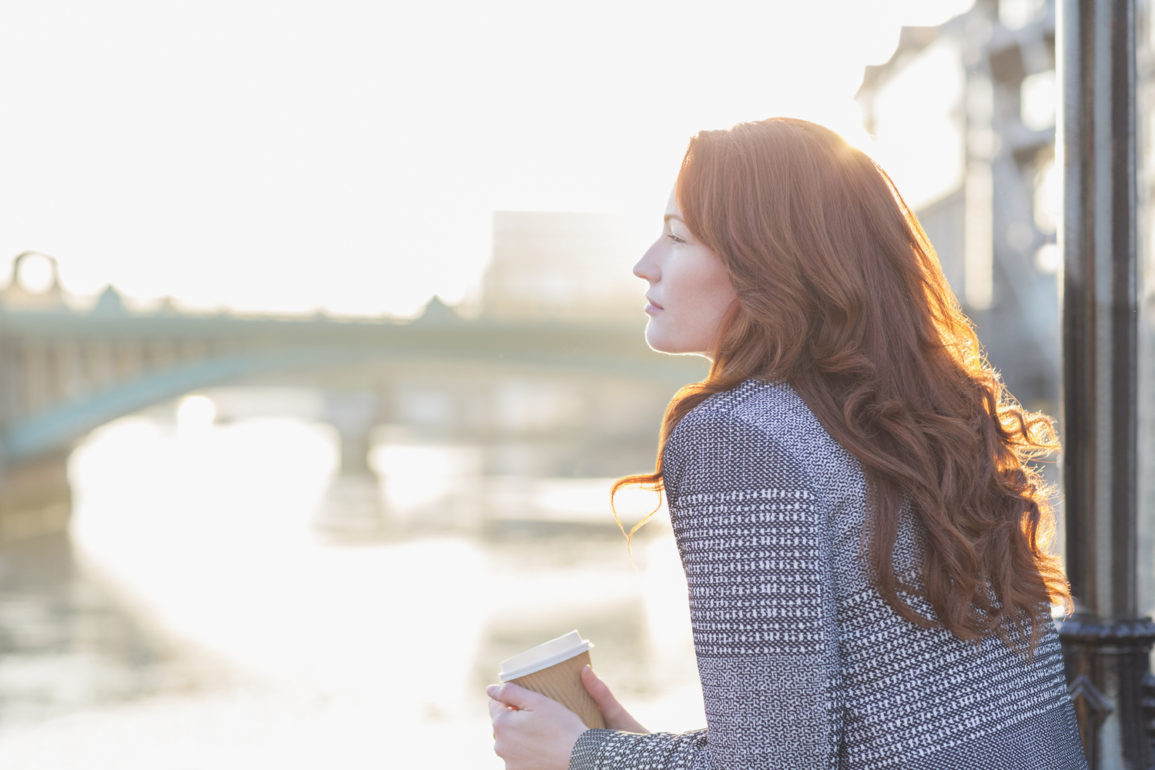 Let’s face it, if you’re looking for reasons to explain your anxiety or justifying battening down the hatches and playing it safe, just watch five minutes of cable news.

We’re living in uncertain times with no road map for navigating the unchartered landscape ahead. The acronym “VUCA”- originally coined by Warren Bennis and Burt Nannus back in 1987 to describe the general conditions of market volatility, uncertainty, complexity and ambiguity – is more apt than ever to describe the unsettling conditions of today’s brave/disquieting new world.

Collectively, we are facing  unprecedented levels of change and disruption across the globe. Individually, we’re also dealing with shifting realities – social isolation, family dislocation, parenting over-wired kids and aging parents all while combating our own digital overwhelm. I could go on, but you get the point.

There is no going back to days of old when life felt more stable and we could make make plans on a future we had confidence in predicting. And so, in order to adjust to a brave new norm, we must find a brave new way of being in the world, one that enables us to thrive amid the tumult of unpredictable disruptions that may be waiting just ahead.

Drawing on Einstein’s insight that our “problems cannot be solved at the same level of thinking at which they were created,” we must be ever more attentive of our innate human tendency toward playing it safe. This means taking a step back to look at where we may be unconsciously over-estimating the risks, underestimating our ability to handle them, discounting the cost of inaction and, when faced with unknown probabilities, sticking too rigidly with the familiarity of the known or whatever provides the greatest short term sense of psychological security.

Left unchecked, fear can spread like a virus into every corner of our pysche, organizations and society.

I was faced with such a situation recently when deciding whether or not to cancel a business trip to Hong Kong from Singapore. The day before I was due to fly out, Hong Kong’s international airport had been shut down due to violence that had erupted at the airport. My client, a large tech company, had assured me that I would be safe but had said they understood if I wanted to cancel due to the potential of getting stuck in Hong Kong if protests continued to disrupt travel. As news of the violence began hitting the headlines, several people reached out to recommend I cancel. “It’s just not safe,” one concerned colleague told me, cautioning “you could get caught up in the violence.” (My hotel was nowhere near where protestors had been gathering.) Another shared how their company had suspended all business travel to Hong Kong until the situation stabilizes.

Ironically, the reason for my trip was to facilitate a full day program on courageous leadership and “rethinking risk” in order to take better and braver ones. So, mindful of my own cognitive bias toward caution, in assessing the situation the night before my flight, I was careful not to over-inflate the risks or let the “emotional contagion” of others fears amplify my own. I woke early to check the latest updates. The airport was back in business. I went with my gut and caught my near empty fight from Singapore to Hong Kong.

Upon arriving at Hong Kong airport, over 100 protestors still occupied the arrivals hall (you can see the short video of Hong Kong  I took walking out.) My driver told me that he was concerned about what lay ahead but, like my Hong Kong based colleagues, had no concern about my safety. Nor should he. At no point was I near demonstrations or ever at physical risk. And as it turned out, I had an immensely rewarding time, free of any disruption. I also had the opportunity to gain a much deeper understanding of the dynamics at play and improved ability to assess the real threats ahead for those who are protesting the changes the Chinese Government are working to impose on Hong Kong. There are many.

The risks of playing it safe are often less obvious and less immediate.

I share this story is to highlight the importance of not over-reacting to uncertainty with over-caution.  Left unchecked fear can spread like a virus into every corner of our psyche, organizations and society. As I have written before, our brains are wired for caution; for preferencing the safer option over the brave one. That’s not to say that caution is not sometimes the most prudent course of action. Rather, that we should not discount the equally real risks and opportunity costs of over-caution and indecision which are often less obvious and less immediate.  This is as true on the individual level as it is at the collective, including within organisational frameworks.

Studies show that our brains are wired for certainty. When confronted with uncertainty, it creates psychological tension and anxiety because it muddies the water on what to do next. As Archy de Berker, of the University College London says, “Knowing for sure that your plane is cancelled can be less stressful than being kept in nervous suspense as it is repeatedly delayed.” Little wonder, uncertainty reduces people’s willingness to take risks, driving them to line up all their ducks in a row before venturing out. Or at least to try.

Organizations mired in indecision lose competitive ground to those where decisive action is rewarded.

In organizational settings, uncertainty can give rise to chronic indecision where fear of making a wrong decision (fueling “analysis paralysis”) keeps people making right ones. Instead of making the best decision with available information and working to make that decision right, managers pass the buck on decision making, engage an endless stream of external consultants to do a meta-study, order another review, then another. One year goes by, then two. All the while, more agile, forward leaning enterprises seize the opportunities and gain ground on their (often larger and more bureaucratic) risk averse rivals.

Amazon’s Jeff Bezos is known for making commercial decisions based on 70% of available information. This near guarantees that his decisions will not be 100% right and will require ongoing iteration, and sometimes 180 degree pivots. But by not playing it safe and waiting until he’s sure he cannot mess up, Amazon has proven its ability to forge new ground, innovate new ideas and improve on old ones at a pace that leaves most in their wake. Likewise, when under mortar fire in military combat, what direction one runs matters far less than they are not standing still waiting for the dust to settle.

Of course you don’t have to be running a company or near a combat zone to benefit from decisive action amid uncertainty. If you’re currently procrastinating, afraid you’ll make a mistake, flip your fear and consider the risk you might be taking by delaying action. People tend to regret far more the risks that they did not take than those they did – even when things don’t go perfectly to plan. As Daniel Gilbert wrote in Stumbling on Happiness, our psychological immune can justify an excess of courage far easier than an excess of cowardice.

Regardless of how events unfold, no decision is ever final for the simple reason that change is never final. Afterall, staying competitive and thriving in today’s fast changing world– as an individual or as an organization – doesn’t rest on making one excellent decision, but on making continuous adaptive decisions that can be iterated upon over time.

When we fail to take take risks we deprive ourselves of the very learning that equip up to be more secure in the future.

The maxim that “fortune favors the brave” holds true in these uncertain times. While courage wears many guises, at the heart of it is a willingness to embrace vulnerability and risk losing what you have now for the sake of what you want most. Short term security and comfort will always be tempting. However in a world that is marching steadily forward, playing safe often deprives us of gaining the very insights, experience and risk tolerance to better navigate what lays ahead.

The night I arrived I attended a roundtable dinner with a group of senior business leaders– long term expatriates and Hong Kong natives. None were optimistic about Hong Kong’s path ahead. All agreed it was impossible to predict how the situation will unfold.  While your life likely a long way removed from what is happening on the ground in Hong Kong,wherever you live, there is no escaping uncertainty.

Since uncertainty is more psychologically stressful than certainty, to thrive in a world in which the ground beneath us regularly feels like its shaking, we have to learn to become grounded in ourselves. Only then can we muster up the courage we need to make a decision despite the ambiguity and to venture out on a limb despite the risks of it growing shaking.

So as you read this now, lean into your gut and ask yourself:

What action must I take to move purposefully toward the future I want to create?

Do you risk the potential of things no unfolding perfectly to plan? You bet. It’s impossible to predict what the future will look six months form now, much less ten years from now. However one thing is certain:

Those who are willing to embrace the wild unknown will be best positioned to seize its opportunities.

If my trip to Hong Kong taught me anything it’s this:

When fear runs high, the need for courage runs higher.

Margie Warrell is a leadership speaker, facilitator & author of Stop Playing Safe. She is leading her Live Brave Women’s Weekend this October 25-27 near Washington DC.  Connect on Linked In & Twitter.