Do We Control Our Own Purchasing Habits?

Flaws in our decision-making ability are fuel for the market. 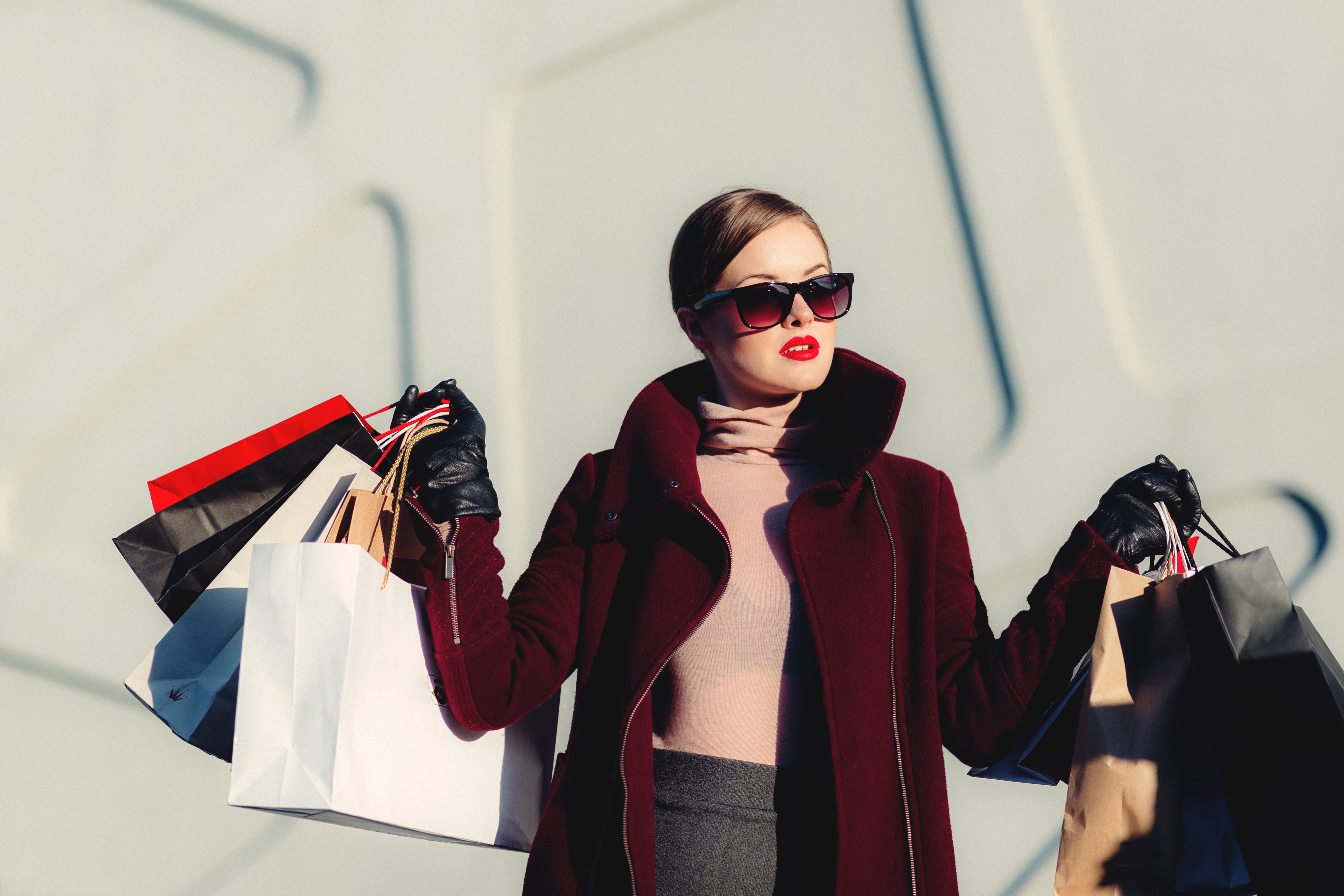 While we’d all love to think that our actions are based on reason and logic, the truth is that we’re often driven by cognitive biases that completely ignore reality. In his book, “Descartes’ Error,” Antonio Damasio, professor of neuroscience at the University of Southern California, argues that emotion is a primary ingredient in nearly  every decision.

So, how do you persuade your customers when they are heavily influenced by subjective factors that you have seemingly little control over?

The first step toward answering that question is identifying what those subjective factors are for your audience.

Flaws in our decision-making ability are fuel for the market. In certain situations, illustrated below, we are especially susceptible to external influences.

In those situations, our primitive needs and desires plague us. Our basic urges derive from the lower-level areas of the brain, such as the limbic system, which controls emotions and motivation. When it comes to consumers, perhaps the most important characteristic of emotions is that they push us toward action. As humans, we are often compelled to do something as a response to an emotion.

Imagine this scenario: You’re at the supermarket with your three children, who you’ve just picked up from school.

After a tiring succession of aisles, punctuated by the begging, crying and screaming of your children asking for everything that catches their eyes, you’ve arrived undaunted at the checkout line. As you wait, a brave new world greets your little loved ones: a smorgasbord of tempting candies, each colorfully-wrapped treat at exactly the height where your children can reach them.

By wondrous coincidence, soda and popsicles are also within reach. At this moment — while you’re under the stares of the other awaiting shoppers, when you’ve successfully reached the finish line after triumphing over the ceaseless struggles that met you in every aisle of the store — you finally surrender to the pleas of your kids.

Into the cart you toss a Kit Kat bar, a Snickers bar and a packet of M&Ms. At that critical moment, with the barrier of resistance already breached, a chilled bottle of Diet Sprite beckoning from the cooler strikes you as just what you need. Your decision, apparently a choice freely made, is actually as far as it could be from a free choice.

It turns out that when we are worn out, tired, hungry or under pressure (or all of the above), we make decisions that differ completely from those we make when we’re calm, cool and collected.

Overestimating Our Own Powers of Reason

In countless interviews and studies, consumers have revealed that they lack basic understanding of the forces that shape their purchasing behavior.

When they decide to purchase a particular product, they believe that they are behaving rationally, making a choice in an effort to maximize their benefit. Yet this belief is nothing more than a cognitive deception.

Granted, today’s consumers are well aware of being targets of aggressive marketing. Yet in their hearts, they believe they are strong, independent thinkers, impervious to marketers’ manipulations.

When asked how they decide whether to purchase a particular product, consumers speak about an intensive, rational process of thought. They describe how they investigate and consider the characteristics of the product, compare the available prices, and thus attain the best value for their money.

The Illusion of Being in Charge

The problem with their self-conception is that it’s systematically biased. We overrate our resistance to external influences. This bias derives from our need to believe that at any given moment, we are in charge of our own decisions and actions. This delusion enables us to enjoy a feeling of independence and control over our lives. The locus of control bias is a basic, essential defense mechanism, and we couldn’t survive without it.

Our misconception of subjective experience gives us the illusion of control in our decisions. In order to preserve that sense of control that is so crucial in our lives, we create supporting narratives and tell ourselves stories about rational thought processes that underlie our decisions.

In reality, however, emotion and primitive urges play a very significant role part in our purchasing decisions. Much more so than we’d like to admit.

Which Force Decides: Rational or Emotional?

Inside our brains, decision-making is the product of two opposing forces — rational and emotional. The rational conscious force is governed by the brain’s command-and-control areas, located near the forehead. The emotional unconscious force is governed by the more primitive areas, such as the limbic system, which affect feelings and immediate urges, and which we share with our fellow animals.

The human brain has no access to the unconscious processes involved in decision-making. In fact, factors that have nothing to do with the actual decision greatly influence this process, such as environmental cues, context and our emotions.

When test subjects were asked to choose between receiving two Amazon coupons in a month’s time or receiving one coupon when the experiment finished, subjects who had shown high activity in the rational systems involved in long-term planning and in regulation of urges decided to wait a month to receive two Amazon coupons. Subjects who had shown higher activity in the emotional system that deals with immediate satisfaction of needs asked to receive one Amazon coupon on the spot.

Until recently, the consensus was that self-restraint is an innate ability — that some people are born with abundant self-discipline and others with less. In order to test that conception, subjects were asked to forgo lunch and were presented with two bowls: one full of radishes and the other full of freshly baked chocolate chip cookies.

Half of the subjects were instructed to eat the cookies and ignore the radishes, while the other half was instructed conversely. Immediately after eating, the subjects were asked to perform a cognitive task, a persistence-testing puzzle, which was intentionally impossible to accomplish.

The cookie-eaters, fully armed with self-discipline and motivation, tried repeatedly to complete the task. On average, they spent nineteen minutes more at their attempts than the radish-eaters did. For their part, the radish-eaters made far fewer attempts and devoted less than half the time solving the puzzle compared to the chocolate-eating participants.

Those who had to resist the sweets and force themselves to eat pungent vegetables could no longer find the will to fully engage in another torturous task. They were already too tired and displayed frustration and irritation. They complained that the experiment was a complete waste of time. Some of them put their hands on the table and closed their eyes.

Manipulating People for a Profit

It appears that willpower is not a talent, but a matter of available energy.

When our kids at the supermarket have drained us of our last drop of energy, our ability to stand fast and resist is significantly impaired. When we are under pressure to catch a plane, our resistance to tempting smells from the bakery stalls is particularly low. When we’ve said a painful farewell, our ability to opt for healthy food over junk food becomes dubious.

In online buying as well, it can be observed that impulse buying tends to occur in the evening, after the hard knocks of the day erode our powers of control. Impulse buying is the purchase, for emotional reasons, of products that we don’t actually need. We purchase these things because they provide us, at the time, with a moment of emotional relief.

In contrast, an examination of purchasing in the daytime — when our cognitive resources are still at their fullest — shows consumers more involved in price comparisons and in careful examination of product characteristics.

We don’t stop to think how much effort and expertise is invested in understanding our moments of weakness and in developing strategies for exploiting them. With sufficient knowledge and understanding of people, someone will always find a way to sell an unnecessary product.

George Akerlof, a co-winner of the Nobel Prize in Economic Sciences, once said, “Taking advantage of weaknesses is an integral part of the free market. Manipulating people for profit is a natural aspect of the economic equilibrium. The free-market system exploits our weaknesses automatically.”

Or in other words: if we have a weakness, the market will be sure to manipulate it.