How To Be a Great Boss

A manager, like a coach, must know that you don’t win unless your team does. 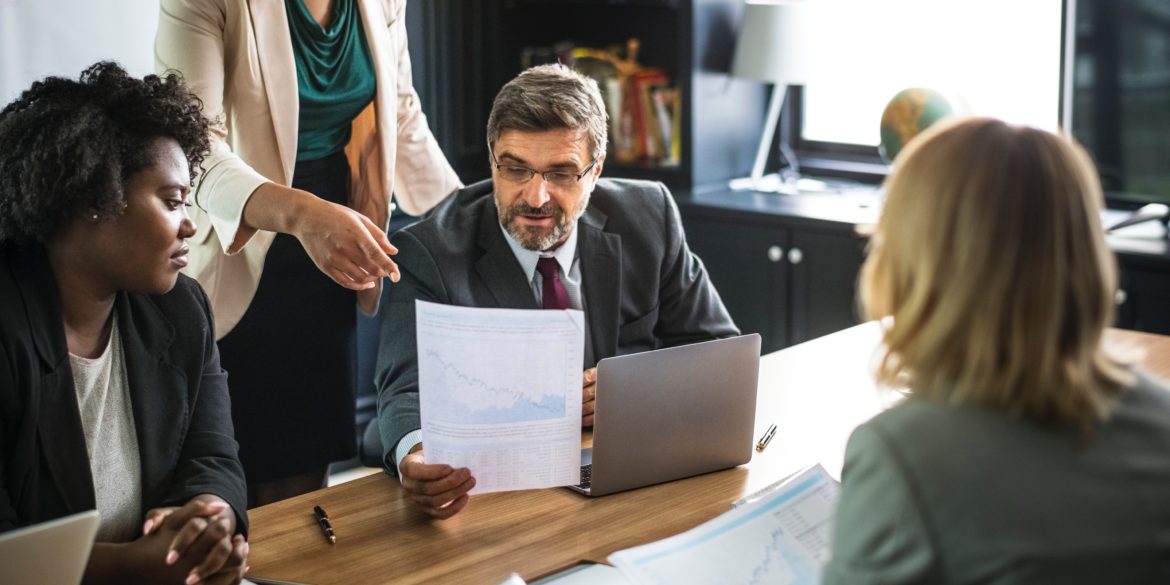 Would I rather be feared or loved? Easy. Both. I want people to be afraid of how much they love me. — Michael Scott, The Office

However humorous and charming the Michael Scott’s of the world are, nobody actually wants the Michael Scott boss. As employees, we want to be respectfully guided, trusted, and empowered to expand our professional and personal selves. We want to be seen as unique contributors with infinite potential for growth. And as leaders, we want to see our employees progress and ultimately, thrive. It’s good for them, it’s fulfilling for us, and it’s good for the bottom line.

But how do we do that? What makes a great boss?

Using my new book Build an A-Team as a guide, here are three tips for expanding and supporting your new hires, seasoned employees, and right-hand women and men, and to become the boss you dreamed you had.

FOR PEOPLE WHO ARE JUST STARTING

Remember, you’re both in this together. You and your new hire have a mutually beneficial relationship. The more you strategically support, mentor, and guide new employees, the better chance the employee will have of excelling, thriving in their position, and contributing to the team and the company as a whole.

When you hired this new team member, you saw potential. The core skills were there; the standard requirements ticked off on the impressive resume. But it was his or hers soft skills that most impressed you and the other leaders: affability, confident problem solving, unique background, or openness and communicativeness that would fit nicely on the team.

Remember this potential as you invest, and potentially risk, your own time and energy into the professional development of this new hire. Your new hire is working at the edge of their abilities. Their progress may seem slow and you may even question your hiring decision. But there was a reason you hired them. You just have to bring it out of them.

As a manager, your job is to pinpoint what people do uniquely well and pit these abilities against assignments that make their strengths relevant.

To perform at the highest level, each member of your team must operate from a position of personal strength. I’m not talking about the strengths of the team in general but of each individual’s distinctive strengths. What does each person do well that other people on the team do not, and what sorts of problems do those strengths equip them to solve? As a manager, your job is to pinpoint what people do uniquely well and pit these abilities against assignments that make their strengths relevant. This powerful combination (abilities + assignments) busts through the challenging low end of the learning curve.

Each employee (and each manager) requires an individual curve to climb. In hiring for, or moving an employee to, a new role, skew toward market risk whenever possible. What needs aren’t being met on your team or in your business? Does it make sense to redistribute responsibilities among current team members? Create a new role? Would more high-quality candidates be available if you looked beyond the margins of a currently available job? If you assume market risk and deploy employees where no one else is playing, you will improve the odds of your workers’ (and your own) success.

Fearing an increased sense of entitlement, managers sometimes dial back on praise. Instead, turn the volume up. Consultants Jack Zenger and Joe Folkman reviewed some ten thousand 360-degree assessments and found that the best managers give a mix of praise and criticism.

Sounds obvious — except that the people who saw themselves as great managers (but were not seen that way by their employees) tended to give mostly criticism. Our employees are desperate for praise. And we rarely give it, in part because genuine praise is hard to give.

Genuine praise is hard to give.

Gretchen Rubin helps explain why. She wrote The Happiness Project, a book based on her yearlong initiative to be happier, inspired by Benjamin Franklin’s self-improvement efforts. As she set out on this journey, Rubin set the goal to “give positive reviews.” “People who are critical are often perceived to be more discerning,” Rubin writes. Various studies conclude “… that people tend to think that someone who criticizes them is smarter than they are. Although enthusiasm seems easy and undiscriminating, in fact, it’s much harder to embrace something than to disdain it. It’s riskier.” Rubin suggests “Enthusiasm is a form of social courage … Giving positive reviews requires humility … A willingness to be pleased requires modesty and even innocence …”

“Enthusiasm is a form of social courage…” — Gretchin Rubin

Says writer Anne Lamott: “If we stay where we are, where we’re stuck, where we’re comfortable and safe, we die there. We become like mushrooms, living in the dark, with poop up to our chins. If you want to know only what you already know, you’re dying.”

Patrick Pichette, former CFO of Google, was at the top of his curve when he was recruited into Google — but his boss understood that even C-level employees need the thrill of learning. “The job was not what I wanted at all,” he said. He had already been a CFO at two previous firms. However, in his meeting with Google CEO Eric Schmidt, Pichette reports that Schmidt was very savvy. He remembers Schmidt saying, “Well, we have a real problem, Patrick. After eighteen months, you’ll be totally bored and you’re going to go and do something else. I’ll tell you what: I’ll hire you as CFO, and we’ll give you this and that and the other to start with, and every time it looks like you are about to lose interest, I’m going to add stuff onto your plate.” Schmidt made good on his offer. “That’s how I ended up over time with finance, organization, the people operations, the real estate, all the employee services, Google Fiber, Google.org,” and more, Pichette relates. He spent seven years with Google before taking a sabbatical to travel and engage in environmental and other philanthropic causes.

Encourage talented, successful employees to disrupt themselves. Lay out the risks to upper management of why not encouraging disruption is the bigger risk. The company risks bored, unfulfilled changemakers. And what do talented people do when they’re bored? Leave. They find a new job. If they’re not engaged, they won’t innovate, and they may not even work.

However, in any given role, there is a “best by” date for an employee. To maximize that person’s value, break their tenure into time segments: the first three months, the second three months. What needs to be accomplished for them to tip into the sweet spot of the curve after roughly six months? Once they are moving into confident competence, what do you want them to accomplish in those three peak performance years? Knowing that things don’t get better forever, establish clear expectations around the achievement of mastery. For example, what knowledge do they need to transfer before graduating to the next in-house opportunity? The bonus is that training is shouldered by several people, not just you, their manager

Our best self will let people go, even help them go.

Our best self will let people go, even help them go. Raju Narisetti, CEO of Gizmodo Media, who has previously worked in senior leadership for News Corp., the Wall Street Journal and the Washington Post, says, “I’ve increasingly measured myself by saying, ‘Where are the people that I’ve hired? What have they gone on to do … ?’ I’m proud of the people who are doing bigger, greater things now.” Stockpiling people and rationing talent may boost your team for a time, but it cheats your business overall.

See people not only for who they are, but who they can become.

Aspire to be kind of boss who sees people not only for who they are, but who they can become. Become known as a talent developer, and when that talent moves on, there will be even more great talent around the corner.

BE THE GREAT BOSS

A manager, like a coach, must know that you don’t win unless your team does. As you aspire to be a boss who leads their team up the learning curve, be patient with yourself and with others. Half the battle of being a great boss is execution. Figure out what you need to do, and do it. And if it’s not working, pivot. Stay humble and diligent and you won’t just build one A team, you’ll build many over the course of your career.

When you focus on letting your people learn, leap to new learning curves and repeat the process, you will not only meet your performance goals (because people are happy and all-in) you will become a talent magnet — a boss people love. 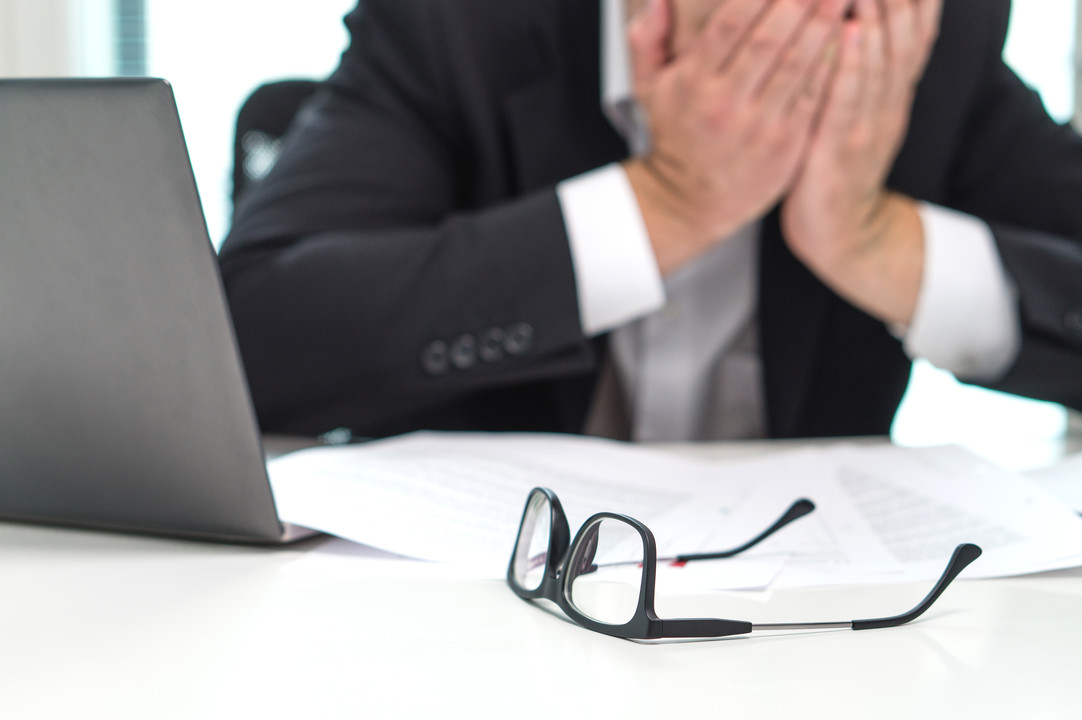 A Surprisingly Simple Way To Get In Front Of Stress Before It Happens
We use cookies on our site to give you the best experience possible. By continuing to browse the site, you agree to this use. For more information on how we use cookies, see our Privacy Policy
Continue