Seven Reasons to Be Proud to Be an Introvert

In a culture that rewards extroversion, where does that leave introverts? 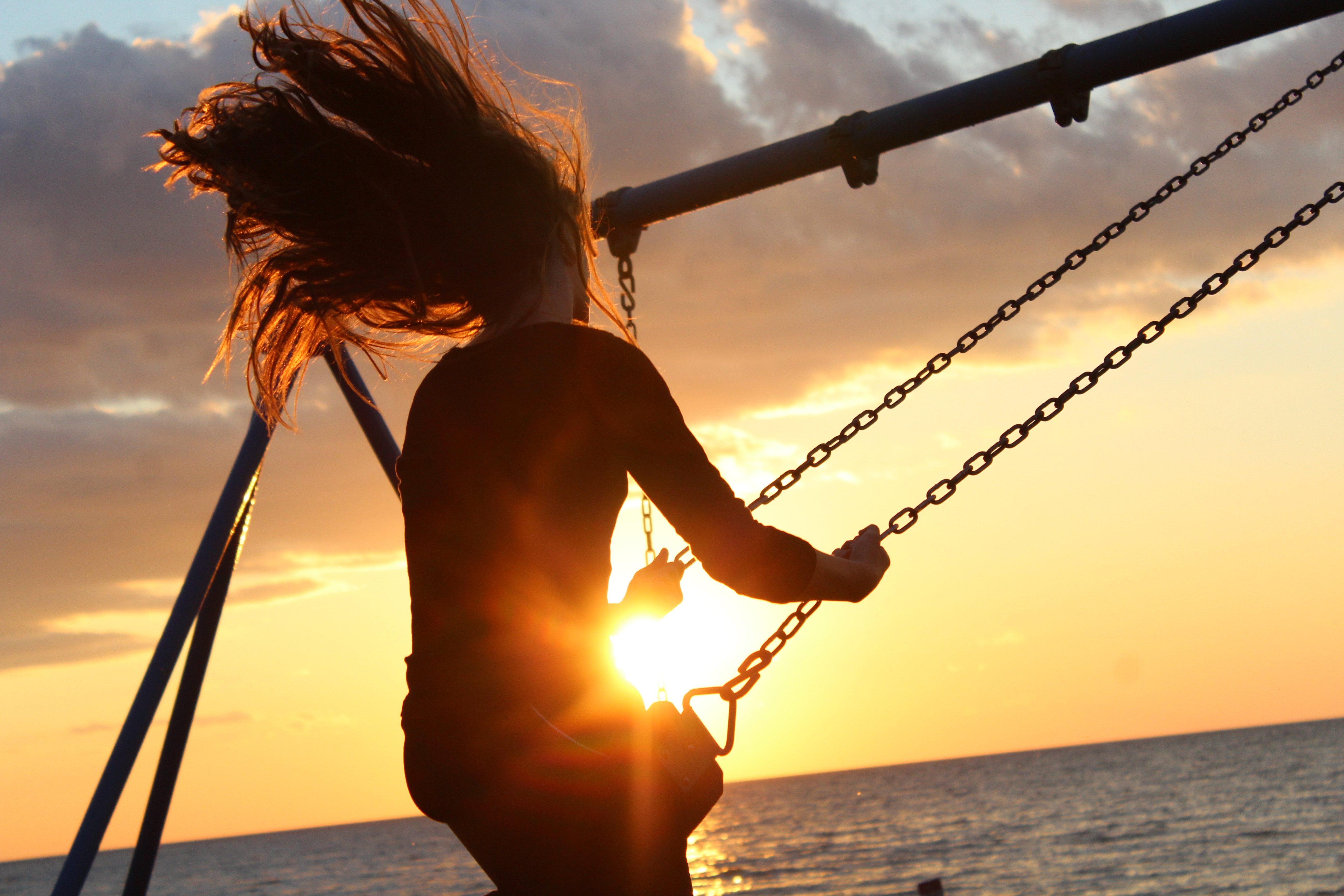 Introverts have gotten a bad rap. Considering they make up one-third to one-half of the population — including some of the world’s most gifted individuals — this is as unfortunate as it is baffling.

According to Carl Jung, everyone has an introverted side and an extroverted side, with one more dominant than the other. Those on the more extroverted side tend to be energized by social stimulation, with little need for downtime. They value the outer world and social approval, and are more apt to conform with society. Those closer to the introverted side can feel drained by too much social stimulation, so they require a certain amount of alone time to re-energize. They are not to be confused with loners or to be considered antisocial — most introverts are not. They are simply more focused on the inner world of ideas and concepts, as evidenced by brilliant minds like Sir Isaac Newton and Albert Einstein.

So why all the flak? Psychologists and personality theorists historically pathologized introversion, linking it with attributes on the most extreme, negative end of the spectrum. Extroversion, however, is usually associated with its most positive attributes, such as sociability or chattiness. While these qualities have come to be highly esteemed in American society, this wasn’t always the case. In fact, there was a time when the reserved and humble were revered, and to “speak softly and carry a big stick,” as Teddy Roosevelt famously said, was a key to success. The “stick” in the case of introverts would be their quiet powers of observation, innovative ideas, and other gifts they rarely get credit for.

One of the greatest frustrations introverts experience is squelching these gifts. Consider this typical experience:

You’re sitting in a meeting or a large group when you are suddenly hit with a great idea. While you’re working up the nerve to voice that idea out loud, the extrovert sitting next to you blurts it out first, getting all the credit. You’re devastated and angry at yourself for once again not speaking up.

Although most introverts don’t mind giving away the spotlight, preferring to be the silent observer of the group, that doesn’t mean they don’t want to be recognized or acknowledged. Psychiatrist Marti Olsen Laney, in her book The Introvert Advantage, eloquently speaks of her own painful experience growing up as an introvert, or “innie,” as she puts it. She describes feeling like an “odd duck” in a world where she didn’t belong, a phenomenon familiar to many introverts and a reason some grapple with feelings of guilt and shame.

Thankfully this is beginning to change, as more and more is being written on the subject. In Quiet: The Power of Introverts in a World that Can’t Stop Talking, author Susan Cain aimed to change the way the world sees introverts and, more important, how they see themselves. She attempts to debunk some common myths, such as they all introverts are shy, or don’t like other people, or don’t have good ideas.

Although some introverts may be shy, most simply have a lower threshold for small talk and superficialities. They prefer to conserve their energy for meaningful interactions that stimulate them, rather than shallow ones that drain them. As for not liking people, nothing could be further from the truth; many thrive on deep, meaningful conversation, preferably one-on-one. And not having ideas? By their very nature, introverts live in a world of ideas. As Cain writes, “There’s zero correlation between being the best talker and having the best ideas.”

Despite what popular opinion may have us believe, there are just as many benefits to being introverted as there are to being extroverted; each type has the ability to thrive in their respective optimal environments. According to Jung, “Introverts … have more ways of protecting themselves and live longer. They appreciate a simpler life, plan and reflect on new ways of doing things, and encourage others to develop self-reflection and think before acting.”

As Albert Einstein said, “The monotony and solitude of a quiet life stimulates the creative mind.” While extroverts rely on stimulation from the outside, introverts prefer the inner world of fantasy and imagination. Imagination being the birthplace of innovation and creativity, it stands to reason that many of our most gifted writers, performers, athletes, and artists tend toward the introverted end of the spectrum. Steve Martin, Meryl Streep, Shonda Rhimes, J.K. Rowling, and Steven Spielberg are only a sample of famous introverts who have made the world a more colorful place through their artistic gifts and talents.

2. Their ability to think outside the box

Many introverts have no desire to conform to society’s rules, preferring to make their own. The mind of an introvert is fertile ground for the development of innovative ideas. Mark Zuckerberg, Steve Wozniak, and Bill Gates are cases in point. So without introverts, we pretty much wouldn’t have Microsoft, Facebook, or (half of) Apple.

3. Their attunement to others

Not surprisingly, many introverts make successful therapists. Their attunement to the feelings of others and attention to the inner workings of the mind can make them highly empathic and compassionate. This heightened sensitivity to feelings is one reason introverts do better in one-on-one interactions. Since too much stimulation can become overwhelming, they don’t often do well in groups. This may make them appear to be disinterested or bored, but don’t let their quiet demeanor fool you.

4. Their uncanny powers of observation

While they may be the quiet ones in the group, one of the greatest strengths introverts possess is a keen power of observation. The best leaders are the best communicators, and the best communicators know how to listen. Whether in business or relationships, the ability to pick up on the feelings of others by reading between the lines and interpreting what is not spoken, introverts know, will get you further than bulldozing your audience. They know that “knowledge is not gained by flapping your lips, but by removing your ear wax.”[1]

5. Their ability to overcome challenges

Whether they are the kid left out in class, the last to be chosen for the soccer team, or the employee passed over for a deserved promotion, many introverts have had to develop their own coping strategies for living as a square peg in a round hole. As with most people who haven’t had it easy, they are able to empathize with those in pain and connect with others on a deeper level, which brings us to the next point …

6. Their ability to form genuine connections

Their sensitivity and attunement to others explain their penchant for forging meaningful and lasting connections. Because these relationships adequately satisfy their limited need for social stimulation, they are rarely lonely when alone. To an introvert, alone is not a scary word — it is where they can let down their guard. Their solitude is their sanctuary.

“Alone had always felt like an actual place to me, as if it weren’t a state of being, but rather a room where I could retreat to be who I really was.” —Cheryl Strayed

7. Their ability to quietly change the world

Because many introverts tend to be on the reserved side, they are sometimes mistaken for wallflowers or shrinking violets. Rosa Parks was a quiet, demure woman who was anything but a shrinking violet. The same goes for Eleanor Roosevelt, Abraham Lincoln, and others who have transformed society. Perhaps contending with their own struggles fueled their dogged efforts to challenge and ultimately change the injustices they witnessed. They are proof that the quiet nature of the introvert is not to be underestimated and that, as Mahatma Gandhi said, “In a gentle way, you can shake the world.”

If you’ve been embraced by an introvert, feel honored; they don’t let just anyone in. But when they do, their fierce loyalty and empathic nature make them some of the best friends, partners, co-workers, and bosses you could ask for. Their presence is a gift.