The Best Leaders Know How To Be Vulnerable 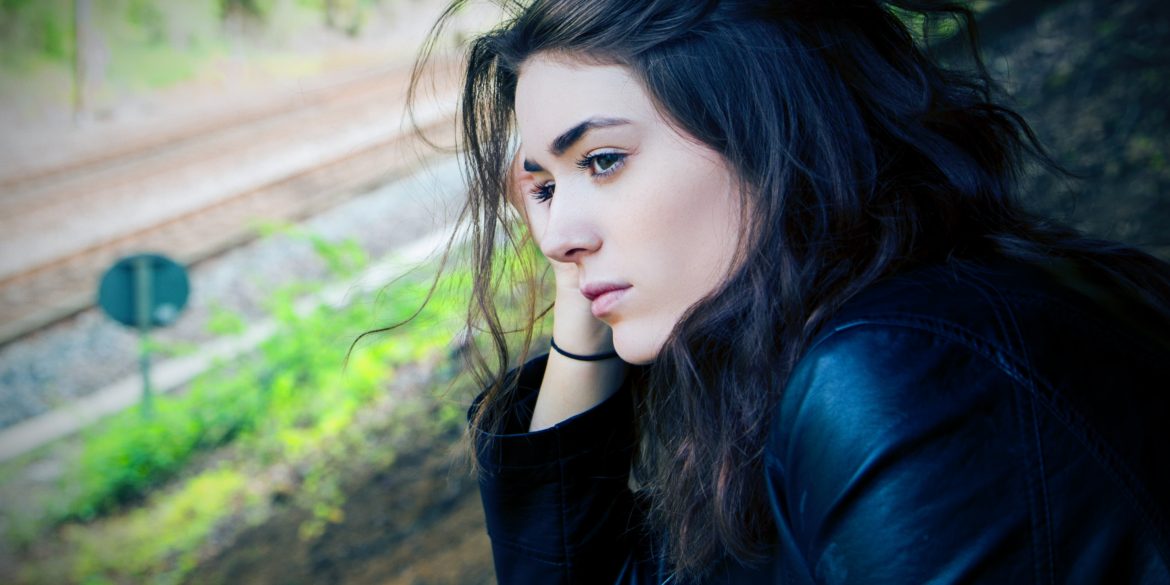 When people meet me, they expect me to have the kind of bravado that is portrayed by FBI agents on TV and in movies—confident with no signs of weakness or vulnerability. Nothing could be further from the truth!

It’s true that the most successful agents I worked alongside were brave, but it wasn’t the bluster that shoves people out of their way or abuses power. Nor was it the detachment that keeps emotions on a tight leash.

I mean the big, scary fears that we’d rather avoid because they make us feel—vulnerable! We are afraid of situations freighted with uncertainty, emotions we can’t control, and challenges that produce a sudden lack of confidence. It’s tempting to run away from our fears because they’re both uncomfortable and unpredictable.

This is what I’ve learned from FBI training—understanding our fears gives us the confidence to move forward. Courage is the product of our vulnerability, not our strengths. The possibility of greatness opens up when we prepare to move through our fears—in other words, allow ourselves to be vulnerable. Too often, it is much easier to settle for highly functioning mediocrity in our life rather than to risk exposure to criticism and the possibility of failure.

And yet vulnerability is not a topic most people want to talk about. Our culture has trained us to hide our vulnerabilities, especially if we want to climb the corporate ladder.

Here is why the best leaders know how to be vulnerable:
1. Builds Genuine Social Connections
Brene Brown feels that vulnerability and authenticity lie at the root of human connection. Unfortunately, real human connection is often missing from a “look at me” culture represented by the number of our Instagram likes. Many of us see ourselves as the driver behind our personal destiny and immune to the needs of people around us.

While there may not be many positives from a pandemic that kept us in isolation for weeks, one of them has been a renewed appreciation for human connection.

In his book,Social, scientist Matthew Lieberman states that our need to connect is as fundamental as our need for food and water. In an interview with Scientific American, Lieberman explained how humans around the world use pain language to describe social pain (“she broke my heart”, he hurt my feelings”).

The things that cause us to feel pain are things that evolution taught us were a threat to our survival. Evolution has treated social connection as a necessity, not a luxury.

Often genuine social connection is polluted by our attempts to project an image of confidence, competence and authority when in public. When this happens, we don’t allow ourselves to be authentic and vulnerable.

While we might let down to a spouse or close friend in private, most of us are very careful to preserve an image that might have taken years to hone when we think someone important is watching us.

The joke is on us, however, because our brains are wired to “read others” in a manner that is automatic and so rapid that we don’t even register the process. One of my colleagues once said, “It’s not what you do, it’s how you look doing it.” People leak all sorts of important information about themselves by what they say and what they don’t say.

Parts of our brain not only read this information, they mimic the behavior of the other person. Called mirroring, we subconsciously try to build rapport with others my imitating their mannerisms, posture, and non-verbals.

This can be counterproductive because if the information we receive from people is inaccurate and inauthentic, it’s impossible to build a relationship built on trust.

How To Make It Work For You: We feel more comfortable around someone who is authentic and vulnerable. One very effective way to convey this is through forgiveness. Kim Cameron points out that a culture of forgiveness in organizations leads to employee productivity because it breeds trust. Forgiveness doesn’t mean tolerance for mistakes; rather it builds a patient nurturing of growth.

2. Relies On Values-Based Leadership
People feel more comfortable around someone who is authentic and vulnerable. The reason is simple—they know it’s a lot safer to trust a person who lives a life measured by values rather than success.

Even if you can’t identify your own values, you’re inspired by people who have their act together enough that their life isn’t a wasteland of Youtube videos and old reruns of “Keeping Up With The Kardashians.” People who live by values that provide their life with meaning can inspire you to get off your lazy butt and search for your own North Star.

Authentic people aren’t afraid to be vulnerable, honest, and transparent. In return, their colleagues respond in positive and constructive ways and generate feelings of hope and trust. It produces a spiral effect where everyone gets ahead.

How To Make It Work For You:  It’s time to ditch the old sink-or-swim approach to leadership, whether it’s in the home or at the office. Try something radical—kindness. Here’s what may happen: people will see you as a human being who struggles with life just like everyone else. They may feel closer to you, and watch out—they may ask your advice. The reason? You’ve made them feel respected and   this encourages that important personal connection.

3. Eliminates The Hot Air In The Room
Vulnerability requires a quality that’s become rare in recent years—ethics. Ethics are a system of moral principles that can trace their concept from religion, philosophy, and ancient cultures.

Ethics guide our behavior; if we’re greedy and selfish, we’re bankrupt in the ethics department because we lack the decency to consider what is good for society. The distinction between right and wrong depends on the circumstances and whether we’ll profit from the decision. Forget the poor slobs who end up as collateral damage on our way to top.

Ethics require the courage to be vulnerable enough that you admit your mistakes. You know what you’re good at, and possess the self-awareness to recognize those areas that need improvement. In other words, you’re mature enough to admit you’re not perfect.

This is about the time you begin to have little or no patience with the bullsh*tter in the room. You know the one I mean, the person who’s full of hot air and makes excuses for their poor performance and bad choices. The bullsh*tter has no relationship with ethics because they are neither truthful with themselves or others.

How To Make It Work For You: First and foremost, don’t be the one in the room who’s full of hot air! While you may fool some of the people some of the time, you’ll never fool all the people all the time. The smirks behind your back might be covered with a hand, or a fat paycheck. But, if you want to earn the respect of people around you, become a wise person with a set of values, not a rich one with no code of ethics. 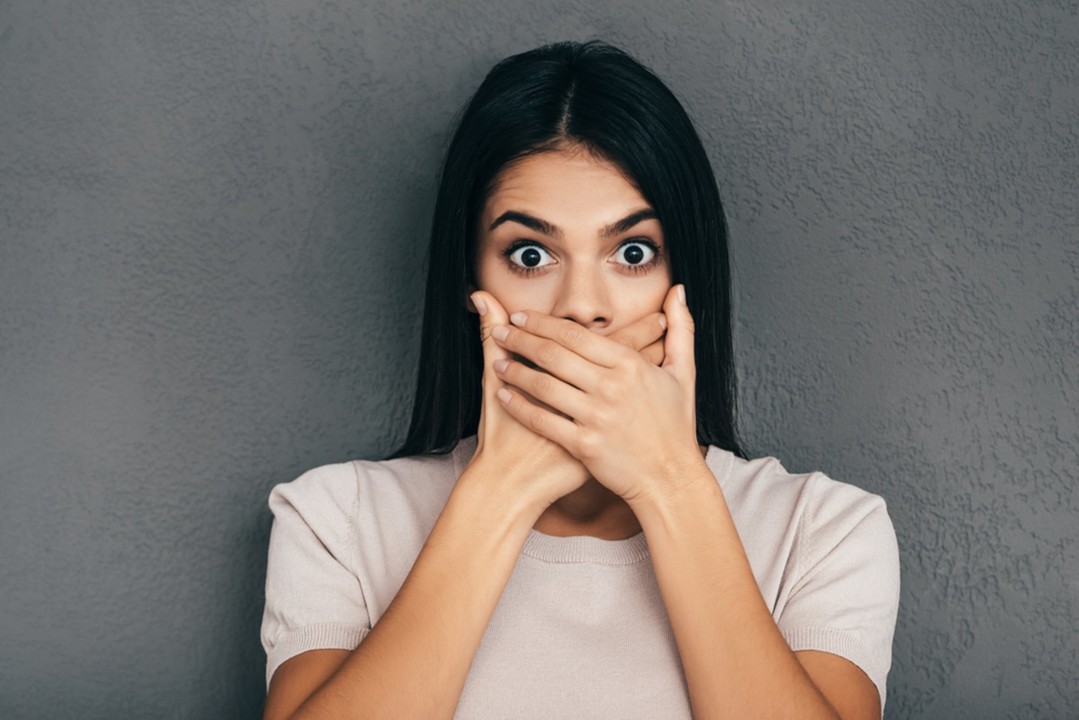 6 Things You Don’t Ever Want Your Co-Workers to Hear You Say
We use cookies on our site to give you the best experience possible. By continuing to browse the site, you agree to this use. For more information on how we use cookies, see our Privacy Policy
Continue