The Nine Most Frustrating Things about Being Chronically Ill

Healthy or not, everybody has his or her share of frustrations in life. The chronically ill don’t have a corner on that market! This piece focuses on frustrations that are unique to those with ongoing health issues. I’ve experienced all of them as a result of being chronically ill with a debilitating illness that settled in after I contracted what appeared to be an acute viral infection in 2001.

Here are nine things I find most frustrating about being chronically ill—in no particular order of intensity; that depends on the day! I hope this piece increases people’s understanding of what it’s like to struggle day-in and day-out with health problems.

Most people I’ve met online report that their day-to-day symptoms remain relatively unchanged. If they suffer from chronic pain, they’re in pain all of the time. If their muscles ache, they ache every day. As we in the chronic illness community like to point out: “Chronic means chronic.”

In my case, I’m never symptom-free. Even on a “good” day, I awake with low level flu-like symptoms and slowly deteriorate as the day progresses. By evening, I invariably feel the same as I would have had I woken up in the morning with intense symptoms. The operative word in that last sentence is invariably. The monotony—and relentlessness—of symptoms is frustrating indeed.

Although I know people have the best of intentions, to be honest, it’s frustrating. The fact is that after more than 16 years of illness, I’ve had every test—from traditional Western medicine’s vast array of lab and other tests to alternative medicine’s saliva, urine, and other esoteric tests to Eastern medicine’s pulse and tongue diagnosis—so the odds are extremely high that the illness someone is suggesting I have is one that’s been ruled out multiple times, by multiple modalities.

Part of my frustration is that I know people are trying to help, and so I feel I need to be gracious in responding to their suggestions. And so I am, even if the person who’s diagnosing me may be the 10th person in as many days to suggest that I have a particular test or illness.

I can’t go out to lunch with people because, sometime between 11:30 a.m. and 1:00 p.m., my body collapses in debilitating fatigue and I have no choice but to lie down and try to nap. (I’ve tried skipping the nap, but that just lands me in bed for days.)

Then, by about 5:00 p.m., I begin to wilt, meaning my functionality slowly drops to about 10%. If I’m feeling well enough, sometimes my husband and I go out to an early dinner, but who wants to join us for dinner at 5:00? Dinner parties are out of the questions, as are evening concerts (I’ve tried to find daytime concerts but they’re a rare breed).

This leaves an early brunch as a possibility and, indeed, once in a while I’ll make a date to have brunch with someone I used to work with.

Bottom line: It’s frustrating that my illness requires that I be on a schedule that prevents me from being with people during the peak socializing times of the day or evening. This frustration is compounded by the need to make excuses all the time for why I can’t do this or can’t do that.

I learned this term from the TV show ER.I’ve had many a wait “in chairs,” both in doctors’ offices and at labs or other test facilities. I’m not complaining because I know that having to wait are usually the result of someone ahead of me getting the attention he or she needs. Nevertheless, it’s frustrating because I never know if the wait will be five minutes or over an hour. And if I’m seeing a doctor, the wait is in two parts. Part 1: Waiting in the reception area with everyone else who’s there to see a doctor. Part 2: Waiting in the exam room for the doctor to come in once I’ve been escorted back. It used to be that if I needed to lie down, I could do so in the exam room, but every year the exam tables get smaller and smaller. They’re about four feet long now, so it’s back to waiting “in chairs.”

In my book, How to Be Sick, I write about how I’ve become an expert at turning a chair into a make-shift bed by lying across more than one (that is, if it doesn’t have arm rests in the way). In 2014, I put that skill to good use at U.C. Davis’ Veterinary Hospital. No, I wasn’t waiting to be treated myself (!). I was waiting for my dog Scout after she’d broken her leg and had about a dozen follow-up appointments. A couple of those waits were for two hours while they took follow-up x-rays that first required them to sedate her. It’s frustrating to wait while another “family member” is getting medical care when you’re already sick yourself!

Except to my closest friends and family, I don’t look sick. As a result, I can find myself not wanting to go out even if I feel well enough to because my desire to be understood seems to be more important than the possibility that people will misinterpret what it means for me to be sitting at a restaurant at 5:00 p.m., eating an early dinner.

On this score, I’m working on getting my priorities straight: it’s more important for me to go out if I’m up to it than it is for people to understand that, although I may look good, I may not feel good.

I learned this term when I lived in Winnipeg, Manitoba where frigid winters can keep people housebound for weeks at a time, except to venture out for necessities, such as making a living or getting food. They refer to being cooped up like this as having “cabin fever.” But for the healthy, when winter passes, so does cabin fever. Not so for the chronically ill. And what about those who live in a warmer climates? I live in California. We have our winter cold spells, but they never keep people from going outside, that is, unless they’re chronically ill. And so, cabin fever can be a year-around frustration for us.

Even if people have good health insurance, many treatments aren’t covered or are only partially covered. This has been true for me. Several treatments I’ve tried with my primary care doctor’s approval (from acupuncture to supplements to off-label use of prescription drugs) are not covered by insurance and, more often than not, are very expensive.

In addition, chronic illness brings with it a lot of hidden costs. For example, before I became housebound, on days when I was at work, my employer paid to keep me warm in winter and cool in summer. Now I pay…and it’s not cheap.

Other people have shared with me that this frustrates them too. We don’t want to be talked down to as if we’re mentally deficient. We’re sick, not stupid. I’ve written about this before: it’s called infantalization. It’s frustrating and it’s sad.

It’s frustrating to stare all day at walls that need painting, rugs that need cleaning, and a yard that needs weeding, but not be able to do it myself or handle the disruption of hiring someone else to do it. I fear my house is slowly becoming a “fixer-upper.”

These are the 9 things that frustrate me most about being chronically ill. I wish all of you the best in coping with your health challenges. 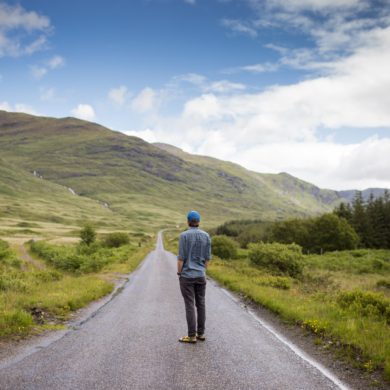 Memory And Attention Difficulties Are Often Part Of a Normal Life
We use cookies on our site to give you the best experience possible. By continuing to browse the site, you agree to this use. For more information on how we use cookies, see our Privacy Policy
Continue