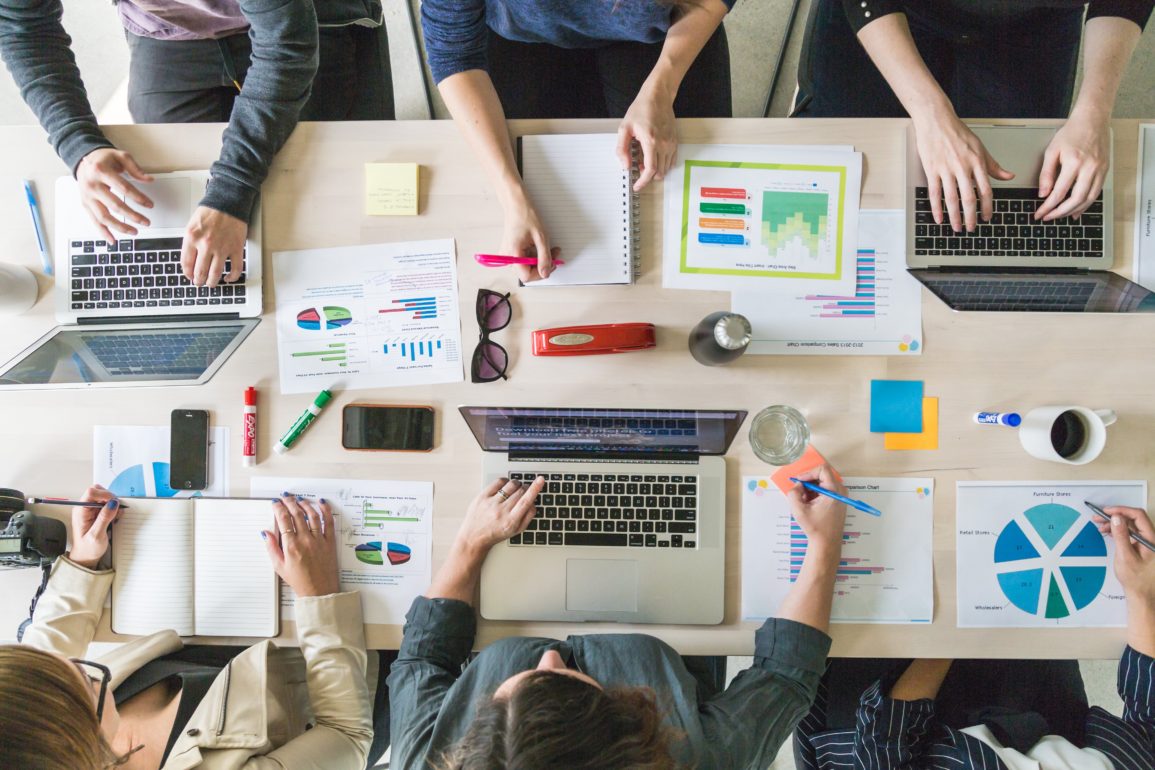 Have you noticed how we continue to talk in terms of a “digital” marketing campaign, even while everything in marketing now has a digital component?

There can be no doubt digital marketing technology gets more than its fair share of coverage. Marketers seem obsessed by the new. One week it’s Facebook live videos, or maybe Snapchat. The next week it’s IoT blockchain-powered AI iBeacons delivering hyper-targeted chatbots from voice search.

Learning about such technologies is certainly interesting. But it’s also a distraction. It’s a distraction because, as a marketer or business owner, it’s too easy to be believe the BS. Before you realize it you’ve been seduced into thinking the latest shiny object is going to totally transform the marketing landscape forever, and it’s all going to happen “within a year or so”. The truth is usually very different.

In reality, technology takes a lot longer to become useful in the real world. Watching a T-rex walking around the carpark from my phone screen is cute and kind of cool. But unless, as a business owners and marketer, you can show me a real, repeatable use case on how (for example) augmented reality is going to help me sell more of my product in the next 12 months, I’m not interested. I’ve got far more urgent things to worry about. And so do you.

Moreover the incumbent systems that are supposed to be rendered obsolete never really go away. For example digital music downloads were supposed to kill-off CDs and vinyl LPs, yet today more people are buying records and CDs than downloading them. The inevitable result is we prioritize the novel over the established. We revere ‘digital’ marketing and ignore (or even deride) existing, proven marketing initiatives — even if they may do a better job.

By viewing marketing as consisting of two separate disciplines — ‘digital’ and ‘traditional’ — business owners and marketers are missing a trick. Because today the best results occur when combining the right mix of tactics to deliver on the strategic business result. Some of them may be ‘digital’. Some of them may be ‘traditional’. But all of them are Marketing — and that’s the point.

“Traditional” Marketing Channels Are Dead? Don’t You Believe It

People who like to think they know a bit about marketing (Dunning Kruger effect, anyone?) seem to automatically dismiss many existing customer communications tools in favor of the new and the novel. Not only is a marketing campaign using the new technology considered ‘better’ than one executed using established (and proven) tactics. But the introduction of this new shiny innovation means the way we’ve done things in the past is now somehow obsolete.

If you’re gullible enough to believe such hype, you’ll be thinking that radio is dead. So, by the way, are billboards. Oh, and don’t forget that millennials no longer watch TV (even if we don’t know what a millennial actually is), so the goggle box must be on its last legs too. Clearly, designing any marketing campaign to include such channels is a waste of time and money. Digital marketing is the only marketing worth doing, since it seems to be the only marketing anyone talks about.

Except that it’s all nonsense.

Today, pretty much everything in marketing has a digital component. So if it’s all digital, why are we even using the word? What additional clarification does it serve when it’s ubiquitous and pervades everything we do?

Defining some elements of Marketing as ‘Digital Marketing’ may have had some justification in, say, 2005. But it certainly has no reason to exist today.

The Re-Emergence Of Radio Marketing

Radio — at least analog radio — is dying. But what you won’t read about is how digital radio is not just taking its place but growing in real terms, year on year.

How come? Because today’s radio isn’t just a digital version of what we used to know as ‘radio stations’. Radio broadcasting used to be thought of as catering to a small local audience, occasionally going as far as nationwide. Today, digital means radio now has a global audience.

You know what else is radio? Podcasts. Podcast advertising grew 85% year-on-year in 2017. Those number don’t seem consistent with something that’s supposed to be dying, do they?

Print Had A Wobble. But It’s Looking Healthier

OK, how about billboards? Well JCDecaux, the biggest outdoor advertiser in the world, is already more than 50% digital in the UK, with other countries catching-up fast.

Newspapers? You’d be hard-pressed to find any mainstream newspaper in any country that doesn’t make more money from digital subscriptions than from newsstand sales.

Sure, the industry took a huge hit about 10 years ago. But publishers are finally working out how to monetise their business in the digital world, and newspaper ad revenues have been rising over the past few years. But we don’t tend to read about that very much.

Billboards and newspapers are digital.

Is It ‘Digital’? Is It ‘Traditional’? Who Cares?

At the end of the day “digital” is just a word. So where’s the harm in continuing to use the term ‘digital marketing’ ?

Because by definition ‘digital’ marketers aren’t seeing the full picture.

By focusing on a media execution rather than the best mix of tactics and channels for the business outcome, digital marketers are short-changing their bosses, clients, and businesses. Looking at newer tech-based customer outreach methods in isolation without considering the channels frequented/preferred by the customer (however old-hat you may personally think they are) is missing the fundamental point.

It’s not a case of using one over the other. It’s about picking the right mix of channels as appropriate for the product, market, customer.

For example, from our own experience we’ve often found the sweetspot is a mix of print and PPC advertising, supported by more targeted initiatives such as content marketing. Last year we designed a series of direct mail campaigns for a client who saw fantastic results when compared to the “email / blogging / social media blast” formula they’d been doing for years. Why? Because it just so happened that many of their customers preferred receiving printed materials to an email. But up until we got involved, no-one had bothered to ask them.

Sure, every client execution is different — meaning every recipe is different. But surely the better way forward is openly embracing all the tools we may have available, regardless of personal preference or familiarity?

The Right Marketing Tool For The Job

Please don’t misunderstand me: I don’t want to give you the impression I’m against digital tactics and/or channels. As an agency we’re running digital-centric campaigns for clients every day. Yes, digital can be awesome. But it’s not the only tool in the toolbox.

What I’m saying is that, today, the idea of separating ‘digital’ from ‘traditional’ is ridiculous — it’s all Marketing. Not only is it short-sighted because of the overlap from an execution standpoint. It’s short-sighted because the destination point of all this stuff — the customer — doesn’t see things as a zero sum game. There’s no such thing as an ‘online-only’ or ‘offline-only’ consumer, any more than someone who only ever watches one TV channel.

The answer lies somewhere between the two extremes. The best marketing executions are most often combinations of initiatives derived from both camps, developed from an understanding of customer behavior and expectations and in alignment with the business strategy upon which the marketing plan must deliver.