This Is How You Build Trust In Your Relationships 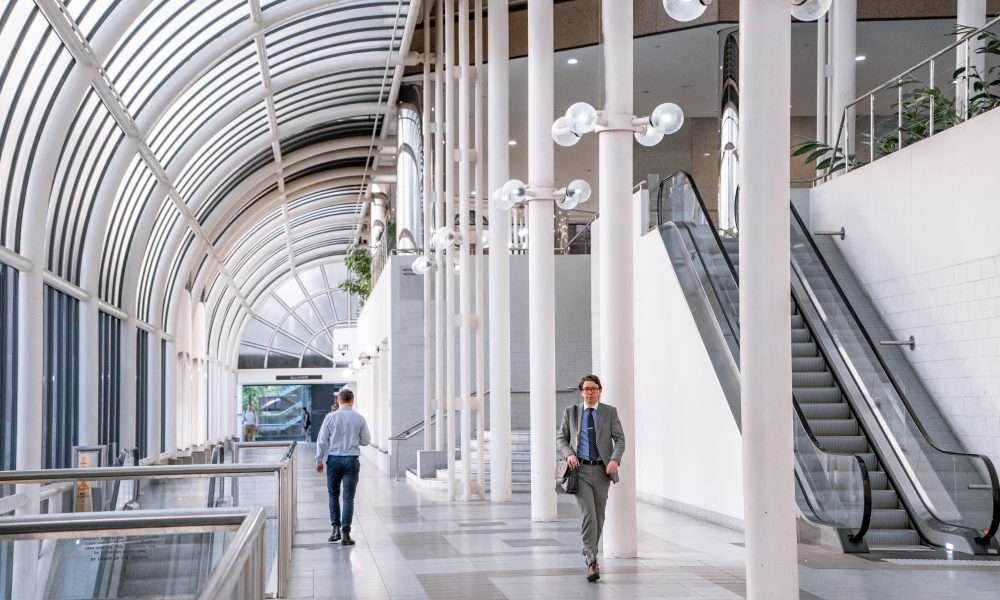 We already know that there will be people we encounter who will be untrustworthy, or worse, dishonest. We will face betrayals, big and small, in life. It might be a colleague, spouse, employer, or stranger. Even worse, the betrayal might come from a family member or close friend.

Since it’s inevitable that we’ll bump into people who can’t be trusted and will act poorly, how do we move forward? Shameful behavior is a part of life, by others, and even ourselves on occasion—even though we’d rather not admit it.

Everyone needs to make friends and develop partnerships, and it’s impossible to have healthy relationships without trust. So we need to learn how to trust but always keep our eyes open for red flags that may come up.

Perhaps the bigger question is this: how can we develop trust in the first place?

I spent most of my professional career trying to recruit foreign spies to work for the FBI. Foreign Intelligence Officers are trained to believe that FBI agents are not to be trusted because they are manipulative and greedy.

This stereotype can be a hard nut to crack. FBI Agents need to be masters in selling themselves and their product. As an undercover FBI agent, people ask me how I could create trust when I lied to the targets of my investigation about my identity. Here is what I learned:

The only time I ran into trouble in undercover cases was when I tried to be someone I wasn’t. Beneath the surface. I never lied to the targets of my undercover investigations about the important things in life.

I was authentic. If I tried to fake it, it didn’t work. A person can slap on a different name or title, but who they are as a person does not change.

Strengthening relationships is not just a priority for counterintelligence FBI agents who want to establish trust with the Targets of their investigations. You may need to develop trust with team members, competitors, and new clients—it is the most important factor in building relationships.

This is how you can build trust in your relationships:

I developed a genuine appreciation for the Target of my investigation. If I couldn’t, I walked away from the case—the Target deserved better than me.

I resisted the temptation to feel angry or put-upon when the Target tested our relationship by asking for favors—especially ones that would help make him look good in some way.

The law of reciprocity says that when we do someone a favor, the other person will feel an obligation to reciprocate that favor at some point in the future. Over time, the need to reciprocate the interest, kindness, and effort that you’ve made on their behalf will pay off.

Your greatest need may be to build stronger connections with competitors, or those who would rather see you fail than succeed. No matter your current relationship, let them know that their goals and priorities are important to you.

How To Make It Work For You: Mental toughness is controlling your emotions rather than letting your emotions control you. Trust is built faster and stronger when your agenda is not the first priority. The Stoics would remind us to respond with grace, not anger when we’re betrayed. They recommend we try to understand how and why the betrayal occurred in the first place. Then they recommend that we decide whether that person should be pardoned and what role they should have in our life going forward.

2. Never Lie About The Things That Matter

I used deceit on a superficial level when working undercover counterintelligence cases. Even so, it’s impossible to create trust in an authentic manner. This is why undercover agents are “cutout” and replaced by an FBI agent utilizing their true identity. Authentic trust is impossible to build if it is based on deception or ulterior motives. You can only move to a certain point in a relationship if you did not create trust around it. That is why undercover agents move out and overt FBI agents are brought in to take the relationship to the next step.

When you look at someone as an object, or as good or bad to your career, trust cannot be built. Instead, try to be non-judgmental and understand:

To manage the constant flow of information, our brain is hardwired to make snap judgments about people and situations. You will need to intentionally choose to be non-judgmental as you build trust with them.

Look for ways that you can help them think about other effective ways they can be successful in what they want to achieve. And then help them achieve their goal.

How To Make It Work For You: Whenever a self-serving agenda becomes apparent, we know we’re being manipulated. When this happens, make an effort to understand why they feel the need to manipulate you rather than communicating with you in a more direct manner.

3. Remember That People Deceive Themselves As Much As They Deceive Others

People can deceive themselves and believe any number of things—sometimes they exaggerate their own importance or abilities to impress others. Sometimes they’re too critical of their own efforts. At other times, they don’t give themselves enough credit for their accomplishments.

We know what it feels like to fall into the snare of self-deception or self-limiting beliefs—with luck, only briefly. The incredible thing about self-deception is that not only are we telling a lie, but it’s ourselves we are lying to! We all have blind spots about our own performance. We empower ourselves when we’re better able to understand them.

All of us have taken steps to improve ourselves in the sight of others. This is cosmetic deceit and it refers to our efforts to make ourselves look better than we are. It can be a dab of make-up to hide a blemish. Or, the use of words to hide imperfection in our work performance that we’d rather not broadcast to the world. I’ve used cosmetic deceit when dealing with others, such as compliments on hair, performance, or a sermon. The intention is to make the other person feel better and soften the edges of an embarrassment.

How To Make It Work For You: The Stoics remind us that we need to take care to distinguish those who deceive themselves as much as us and those who are truly toxic and deserve a wide berth.

Honesty is the foundation upon which trust is built:

A few years ago, Joel and Ethan Coen produced a movie called Fargo. It was set in rural Minnesota in the dead of winter and tells the story of a kidnapping case that goes deadly wrong. Those of us who saw the movie will never forget the sight of a pregnant Marge Gunderson trudging through cold and snow to investigate the crime.

The opening credits announced that the movie is based on a true story. Journalists could not find any reference to the crime depicted in the movie, and eventually, the producers admitted that it was all fiction. The Coen brothers explained that they believed that if the movie were represented as a true story, it would have more credibility with the audience.

We enter into relationships with the same desire for honesty because experience has shown that honesty is the foundation upon which trust is built. We assess information, and people, differently when we trust them.