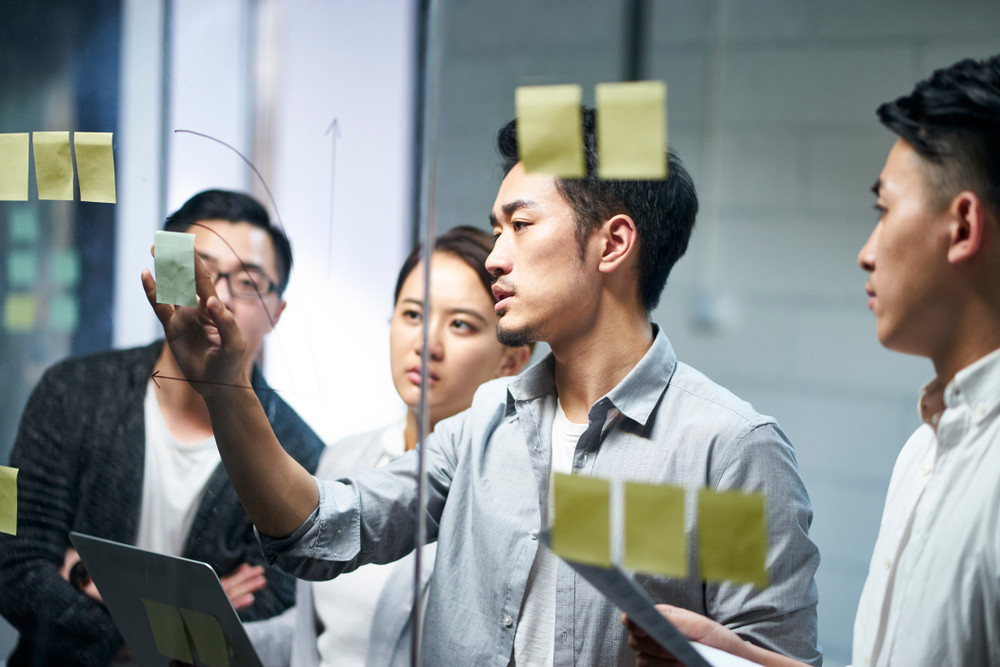 In my time as a marketing and product management executive in corporate America, I was continually floored by commonplace organizational behavior that made zero sense and was downright ridiculous. From the vast amount of time wasted in hundreds of meetings, the huge numbers of people required to be involved in a project when only a few were needed, the constant in-fighting between departments that made the final product terrible, and more, I would scratch my head daily wondering how these businesses or products could ever survive.

To learn more about why organizations drown in nonsense, bureaucracy and red tape that strips them of any chance for true success, I was excited this month to catch up with Martin Lindstrom. Lindstrom is the founder and chairman of Lindstrom Company, the world’s leading brand and culture transformation group, operating across five continents and more than 30 countries. TIME Magazine has named Lindstrom one of the “World’s 100 Most Influential People.” And for three years running, Thinkers50, the world’s premier ranking resource of business icons, has selected Lindstrom to be among the world’s top 50 business thinkers. Lindstrom is a high-profile speaker and author of 7 New York Times bestselling books, translated into 60 languages.

His newest book, The Ministry of Common Sense: How to Eliminate Bureaucratic Red Tape, Bad Excuses, and Corporate BS, is an exploration of what causes corporate common sense to break down, and a practical rallying cry for restoring it, even during a pandemic.

Here’s what Lindstrom shares:
Kathy Caprino: Martin, what was the key reason you decided to write The Ministry of Common Sense?
Martin Lindstrom: Because I, like most people, am sick and tired of all the bureaucratic red tape, bad excuses, and corporate nonsense paralyzing our work and private lives.

The story began with McDonald’s asking me to reinvent the Happy Meal. We ran a pilot and I pitched the idea of healthy fruits and vegetables at McDonald’s headquarters, only to be met with a skeptical “very i-n-t-e-r-e-s-t-i-n-g.” It took two more years for the new Happy Meal to hit the market — and now the only change made to the meal is that it features an apple.
The case was so intriguing that I decided to investigate what really goes wrong inside corporations. Through that journey I discovered some unpleasant, surprising, hilarious, and thought-provoking insights. The result is seven Fortune 100 companies running their own ministries of common sense, eliminating one stupidity at a time.

Caprino: What are the first signs that a company lacks common sense?
Lindstrom: In a Miami hotel, I decided to check the news, so I reached for the TV remote. It looked complex enough to launch a rocket ship, with three separate keypads full of tiny numbered buttons. There were two “on” buttons. I wondered: if I pressed both, would my TV access supernatural programming that viewers with just one on button couldn’t see?

What did “Source” mean? What did “a-b-c-d” mean? After stabbing at the thing for a few minutes, the TV came to life. I watched the news, then tried to shut the TV off. There were two “off” buttons. The first one dimmed the lights in a moody, sexy way, the second turned off the air conditioner—but the TV stayed on. I had to yank the plug from the wall socket, disconnecting the TV, the minibar, and the standing lamp.

A few months later, on a flight to New York, the passenger seated next to me introduced himself. He was an engineer at the company responsible for that TV remote. “You’ve probably never heard of the company,” he said.
“Want to bet?” I said. Powering up my laptop, I showed him my PowerPoint slide of the remote control.
“What the hell went wrong with you guys?”
Stiffening in his seat, he explained that the company had internal problems, with various divisions vying for real estate on the remote control. Ultimately they divided the TV remote into zones, reflecting internal departments: TV, cable, TiVo, satellite, big-band, hip-hop, and the wintertime yule log. The engineer seemed proud of how equitably things had been resolved, with every division satisfied by its fair representation on the remote.
“Except for one fact,” I said. “I still have no idea how to use the TV!”
He looked at me, still not comprehending.

So, how does an overcomplicated remote control circle back to an absence of common sense in an organization? Very simply. As the engineer pointed out, the average TV remote control—with its logographic script of arrows, keys, buttons, numbers, and letters—reflects internal miscommunications and power struggles inside a local telecom. Just as a footbridge with a small crack indicates serious foundational problems, an overly complex remote control points to core problems within the company that designed it. With a dozen silos inside the company vying for representation, no one saw the remote control holistically—that is, from the consumer’s point-of-view.

Just think of the two weed-smoking kids who posted photos of themselves to social media. The next day, they discussed how cool it would be if they could retract those embarrassing photos. Snapchat was born. Today it’s a $50 billion company. Like all entrepreneurial businesses, Snapchat was born through empathy.

But as companies evolve, the founders depart (Google), compliance and rules take over (to protect the company), and the point-of-view changes. Empathy fades away and nonsense takes over.

Caprino: How has common sense changed with our change of work routine?
Lindstrom: As we “drink the Kool-Aid,” we learn to navigate rules, jump hoops, and convince ourselves things aren’t that bad. When that happens, we drift away from the customer’s point-of-view. The customer’s perspective is minimized to stats on a spreadsheet; it’s killed by endless meetings leading to (you guessed it) more meetings and larger PowerPoint decks.

Having investigated 120 companies worldwide, I estimate that 35% of time is swallowed by bureaucratic red tape, bad excuses, and corporate BS. This, in turn, generates unprecedented frustration. Our “deliverable” has turned into the number of Zoom meetings we attend, the size of our decks, and the complexity of our spreadsheets.

Caprino: What are some common, annoying examples of corporate nonsense at work?
Lindstrom: Here are just a few:
·     A company wanted to save on free coffee consumption, so they adjusted the coffee machine to provide 2/3 cups. The result? Employees pressed the button twice and dumped the excess. Cost savings: minus 12%.
·     A company decided to replace potted plants with plastic plants. Allergies spiked, so they had to hire a full-time person to clean the plastic leaves.
·     A company travel form reset after 12 hours if it hadn’t been approved by a senior executive, who happened to be 12 time zones away.

Caprino: What have you found to be the core reason that people start adhering to codes of behavior, both official and unofficial, when they start working inside an organization, even when they know those codes are illogical?
Lindstrom: We all want to be accepted by our tribe. As a new employee, this is more important than anything, so we slowly shift our point-of-view, change sides, and come to see the outside world as the “stupid ones” and the inside world as the reality.

Caprino: How have you found this lack of common sense dangerous and destructive?
Lindstrom: As I mentioned, not demonstrating common sense is often rooted in a loss of empathy. This indicates you are disregarding signals that help you improve your company, strengthen your brand, and rebuild your company culture. Over time, lack of common sense can lead to so much frustration among customers that they simply choose to move on (think about all the airline stories) or start ranting about the company online. The result is a damaged brand.

Caprino: Can you share some small but important ways each of us can restore common sense in our own teams or realms of control, no matter our level or status at work? How can leaders, managers and individual contributors shift to common sense today?
Lindstrom: Here are several effective strategies:
Note the friction
First, start by noting down the small but seriously frustrating frictions you encounter on a daily basis. Ask your colleagues to do the same. Compare notes.

Pinpoint a friction that is straightforward to solve yet will have a big impact. In one bank we banned the CC button, resulting in a 50% drop in unnecessary email. Implement the change in just 90 days (a “90-day intervention”). Once you’ve achieved a measurable result, celebrate it internally. Then move on to the next friction point.

Think like a startup
Most startups today have one thing in common: they were founded to solve an entrepreneur’s frustration with something. For example, Uber was founded out of Travis Kalanick’s frustration trying to get a taxi in Paris. While most entrepreneurial companies are common-sense based in the beginning, as they become more and more successful, they become fearful of losing.

They create a wall of protection that quite often lacks common sense because it restricts people from thinking freely.

Celebrate your success
Finally, celebrate success with your team. Celebrations give people hope and permission to change.

Kathy Caprino is a career and leadership coach, speaker, educator, and author of The Most Powerful You: 7 Bravery-Boosting Paths to Career Bliss. She helps professional women build their best careers through her Career & Leadership Breakthrough programs and Finding Brave podcast.