4 Tips to Make a Great Impression on a New Boss

Prepare an executive briefing package. Master your metrics and business model. Focus on being helpful. 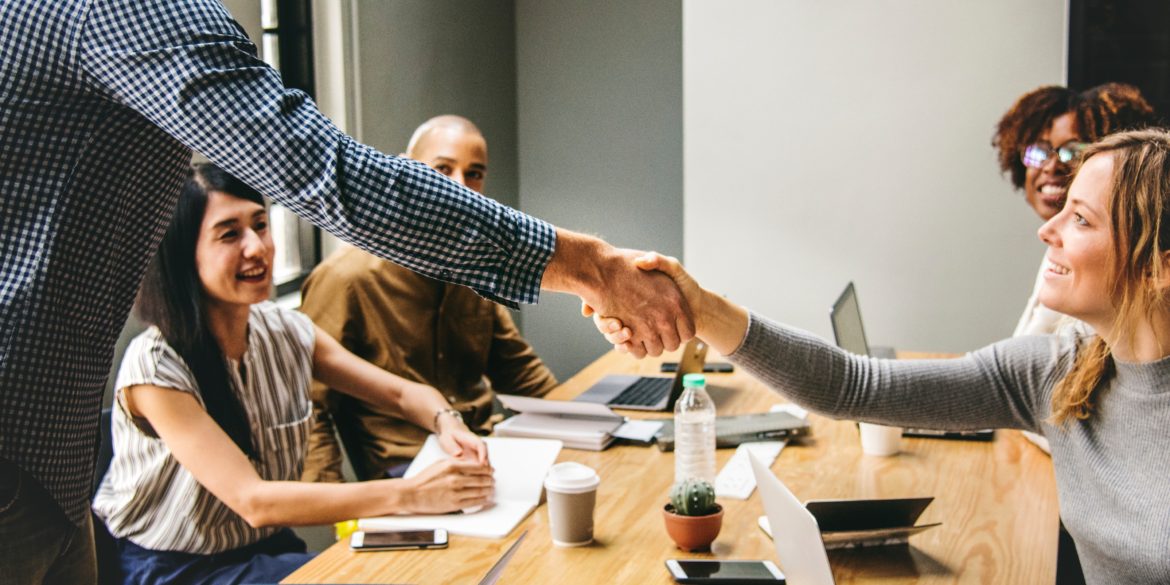 I’ve been on both sides of this equation. I’ve had many new bosses and I’ve been the new boss myself on several occasions. So, I have a pretty good sense for what to do and what not to do if you want to thrive under a new leader.

Today I’m going to share four tips designed to ensure you make a great impression on your new manager. If you think you might end up with a new boss anytime soon, you’re definitely going to want to keep reading.

Most people view a new boss as a risky situation … as a negative thing. And they act in a manner that reflects this perspective. They get worried. They start thinking and acting defensively. I see it happen all the time.

Let me know if any of these thoughts sound familiar:

I still have so many changes to make. What’s my new boss going to think when she reviews the performance of my team?

What about all the issues we haven’t gotten to yet? Is he going to think I’m incompetent for not addressing them?

What are my peers going to say about me? About my team? Are they going to throw me under the bus? Should I beat them to the punch?

Thoughts like these can attack when you find out you’re getting a new boss. They can make you act defensively, erratically. They can make you say and do things that are counterproductive. They can bring out the worst in you. They can trick you into doing things that don’t reflect your true skill and professionalism. If you’re not careful, they can cause you to manifest the very thing you’re most afraid of.

Most people fall into a defensive shell when faced with the prospect of a new manager. That’s exactly the wrong perspective. You need to see it as an opportunity, and act accordingly. As soon as I find out I’m getting a new boss, that’s exactly what I do. I prepare to make the most of the situation. I prepare to differentiate myself in a positive way.

Today I’m going to share four tips to do just that. I hope they are helpful to you.

1.  Be the most prepared

When a new boss starts, the first thing she will do is meet with her direct reports and begin a process of assessment. She’ll want to understand your team and its performance. You might be surprised just how unprepared most people are for this process. They spend so much time worrying and gossiping that they neglect to actually prepare. Don’t fall into this trap. Instead of fretting about what changes your new manager might make, focus on being as prepared as you possibly can be.

I’ve found it extremely valuable, when faced with a new boss, to prepare an executive briefing package. Something clear and concise that will help make the assessment process as easy as possible for my new manager. In my first meeting, I can present a package that provides everything she needs to understand my team, our projects and our performance. I try to be as objective as I can in assessing strengths and areas for improvement. There is no sense in trying to hide or sugar coat anything. In my experience, people who try to hide issues or overstate performance ultimately reveal their incompetence.

My advice for anyone getting a new boss, is to prepare a briefing package that can be presented at your first meeting. Be objective and honest. Show that you have integrity. Every team has problems. Your new boss will understand that. What she won’t understand, is why you’re lying to her or hiding critical business issues.

One of the most important things you want to communicate to your new manager, is that you understand your business. You want to demonstrate a mastery of your team, performance, KPIs, and business model. There is nothing more important than this. Every mature, competent leader has a firm grasp over his or her operation. Having been a new boss several times, I can tell you nothing shakes my confidence more than discovering an employee doesn’t have a handle on their own performance. I don’t panic when a new employee describes their problems and plans for fixing them. I embrace that. I only get nervous when I discover an employee is lying to me or has no idea how they are performing.

Next time you find out you’re getting a new boss, start by mastering your key metrics. Prepare a dashboard or model or report that demonstrates you have a real command over your performance. The good and the bad. Your understanding and transparency is more important than the performance itself.

3.  Be helpful, not defensive

Most people act defensively when faced with the prospect of having a new manager. They get paranoid and act accordingly. Never do this. Your mindset, when you get a new boss, should be to be as helpful as possible. Your job is to help her be successful. If you are effective in doing that, your own success will take care of itself. No amount of politicking, sugar coating, or sucking up will save you if you haven’t done a good job. So, don’t bother trying. Just be helpful.

Part of being helpful to your new boss is being honest. Show her where the land mines are. Show him the skeletons in the closet. Help her be successful. Protect him from getting embarrassed. Imagine what it must be like to be in her shoes. A new team, a new company, high expectations. Be a trusted adviser and supporter to her, just as you would wish a new team member would be for you if roles were reversed.

One of the most common worries people have, when getting a new boss, is what their peers will say about them. We get paranoid. We imagine what our rivals will say. We worry about being thrown under the bus when we’re not in the room. I see this happen all the time. The fear of being painted in a negative light by others, makes people act that way themselves. They point fingers. They talk badly about their colleagues. They strike first before getting struck. Its ugly and it doesn’t work.

My advice is to rise above the politics. If you present yourself as a mature leader, with a command over your team and performance, you will distinguish yourself from others. You don’t need to play a political game if you are prepared and helpful.

Getting a new boss is a stressful thing. It carries uncertainty with it. You never know what you’re going to get. You can’t control it. Most people react defensively and politically and end up manifesting the very outcome they are most afraid of. My advice is to do the opposite. Prepare an executive briefing package. Master your metrics and business model. Focus on being helpful. And don’t get sucked into the backstabbing and politics. These tips have helped me navigate many new bosses and they’re exactly the way I wish new team members would behave if I was a new boss. I hope they’re helpful to you. 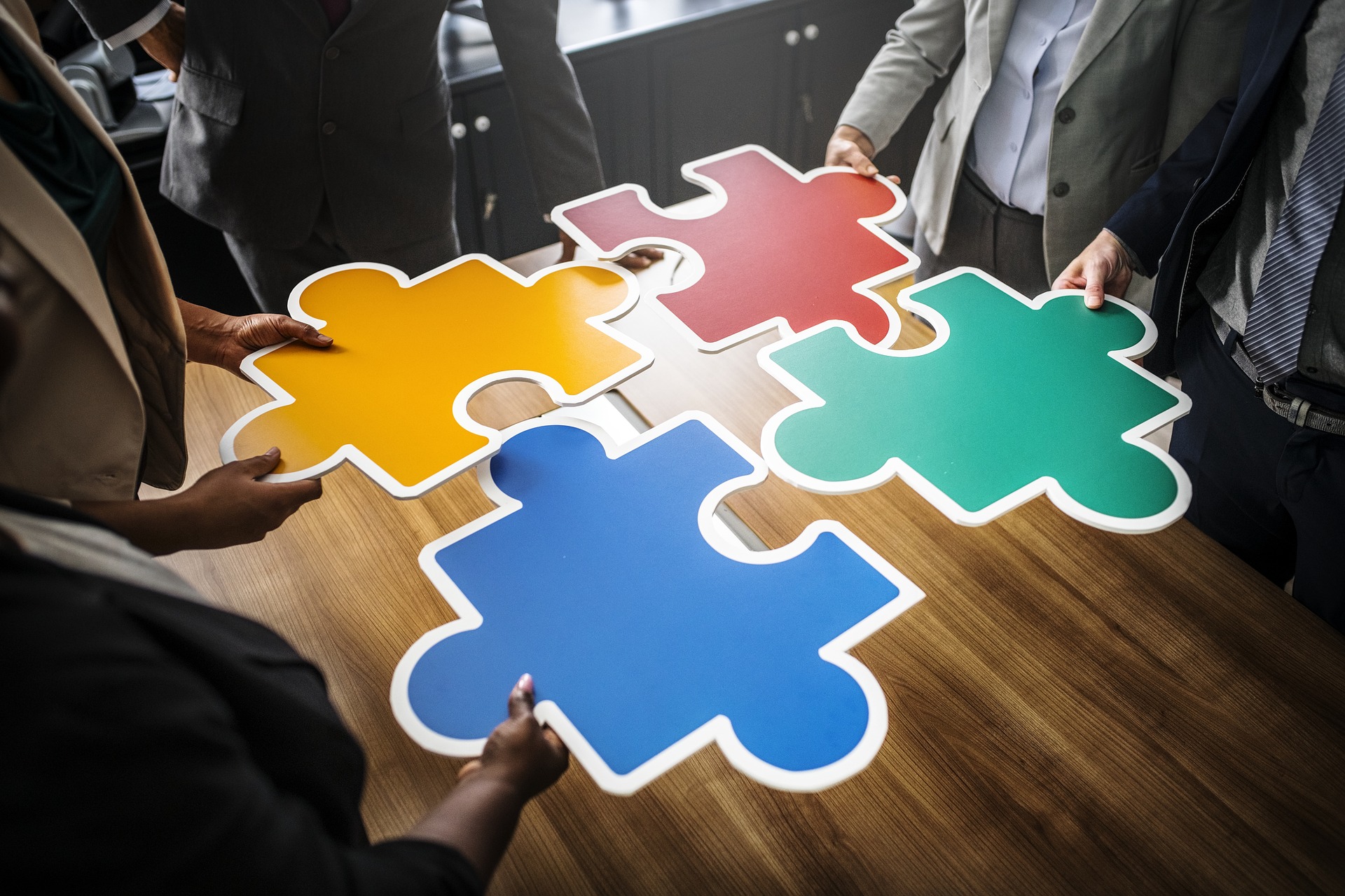 Does Your Workplace Fuel Courage Or Fear? 6 Ways To Create Psychological Safety
We use cookies on our site to give you the best experience possible. By continuing to browse the site, you agree to this use. For more information on how we use cookies, see our Privacy Policy
Continue