Afraid To Mess Up? Why You Often Just Need To Wing It! 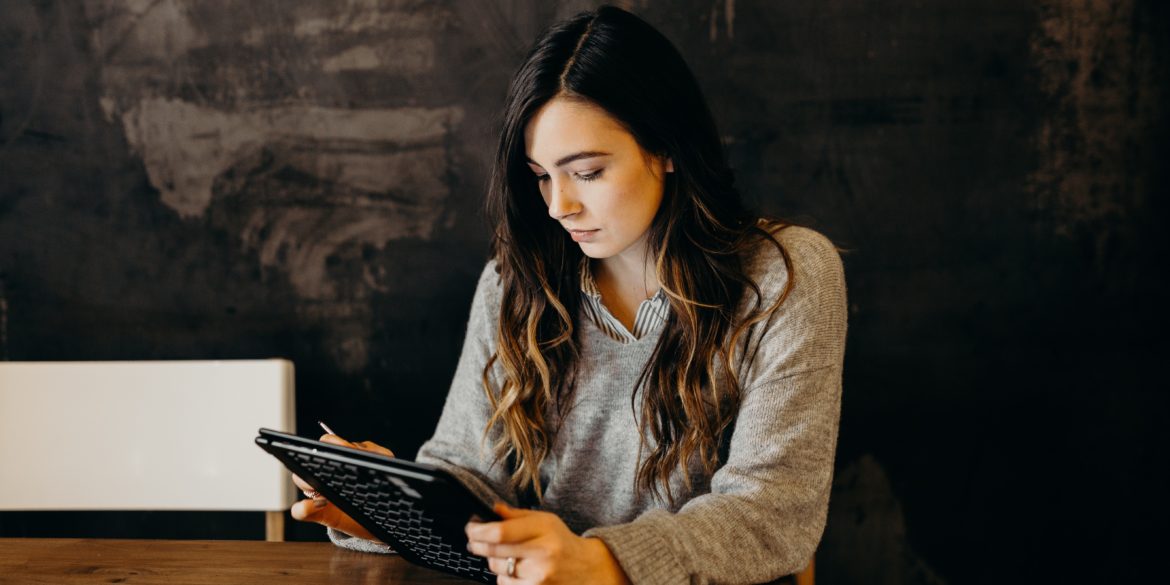 When was the last time you decided to wing it?

Jeff Bezos, founder of Amazon, credits Amazon’s explosive growth with his high-velocity decision making. In his annual letter to shareholders, he shared his approach:

Most decisions should probably be made with somewhere around 70% of the information you wish you had. If you wait for 90%, in most cases, you’re probably being slow. Plus, either way, you need to be good at quickly recognizing and correcting bad decisions. If you’re good at course correcting, being wrong may be less costly than you think, whereas being slow is going to be expensive for sure.”

To some, that may seem a little foolhardy. To others, it’s just evidence of the importance of being willing to learn and pivot as you go… and the hidden opportunity cost of waiting for certainty before we start out. 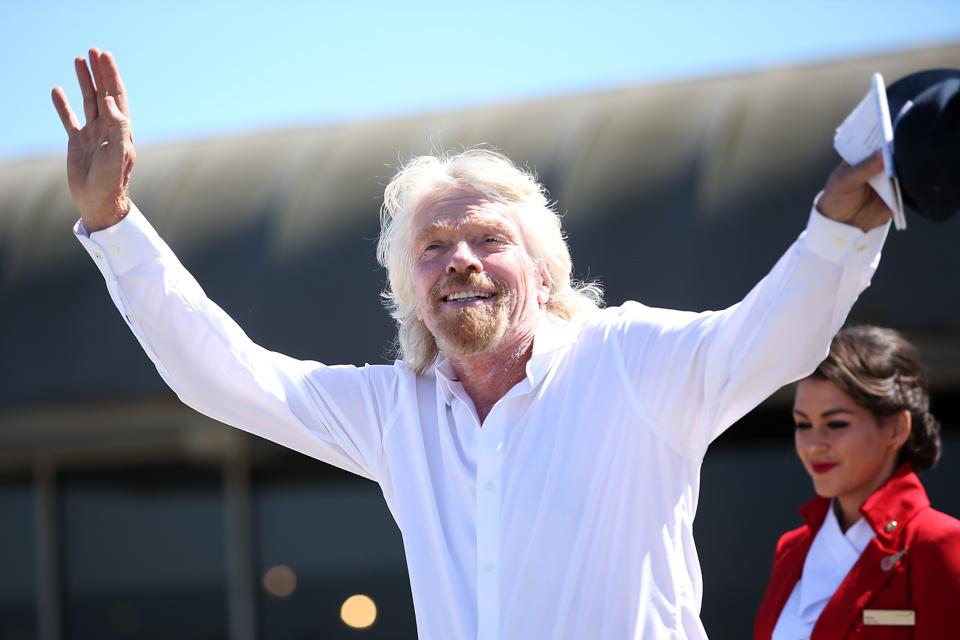 Richard Branson has a similar approach. “It’s important to note that most decisions we make are not one-way door decisions,” Branson wrote in the Virgin blog. “They are two-way door decisions. Even if they seem definite, they are actually reversible.”

Put another way, if you think it’s probably the best thing to do then try it out, test it, and tweak as you go along.

“You can walk through the door, see how it feels and walk back through to the other side if it isn’t working,” Branson wrote. “For a business trying to be innovative and nimble, its leaders need to make plenty of two-way door decisions.”

Sure, not everyone has the same tolerance for risk as Bezos or Branson. But there is absolutely no doubt that people who want to be competitive and forge new ground — whether in business or life — need to be willing to ‘wing it’ to some extent. Or as the old saying goes, ‘to build the plane as they go.’

Emma Isaacs, a serial entrepreneur, founder of Business Chicks and mother of five children aged 9 and under, credits her own success to having the courage to wing it. She shared her approach in her latest book, Winging It:

WINGING IT means less second-guessing yourself and more going with your gut.

WINGING IT means less time spent trying to concoct the perfect plan and future-proof yourself for dramas that probably won’t eventuate.

WINGING IT means more time for going with the flow and celebrating the unexpected.

WINGING IT is the act of believing in yourself enough to give your dreams a go.

WINGING IT puts you in control, and that’s exactly where you deserve to be.

The irony is that while winging it puts you firmly in control, it also requires giving up the illusion that you ever had any control to begin with. When I reflect upon the most successful people I’ve met over the years (which I define as enjoying their journey as they make things better for others), they are all, in one way or another, winging it. That is, never 100% certain about what they’re doing but trusting themselves to figure it out as they go along.

Of course, winging it means many different things to each of us depending on where we’re at in life. Having had four kids in five years myself, I can attest to how much I was also winging it when they were younger and I was starting out on a new career path in coaching and leadership development.

“How do you do it?” people would often ask (and sometimes with an undertone of judgment.)

“By the seat of my pants on a daily basis,” I would answer. They’re older now, but in many ways, I still am. For instance, I’m launching a podcast soon (which I interviewed Emma Isaacs for) but do you think I know exactly how to do that? Not even close! As Isaacs said, “We’re all winging it.”

One thing I know for sure, I’d never have had four children, much less tried to build a business, if I’d first thought I needed a bulletproof plan or knew what I was doing. It’s why daring to wing it takes courage: feeling afraid and jumping in anyway. 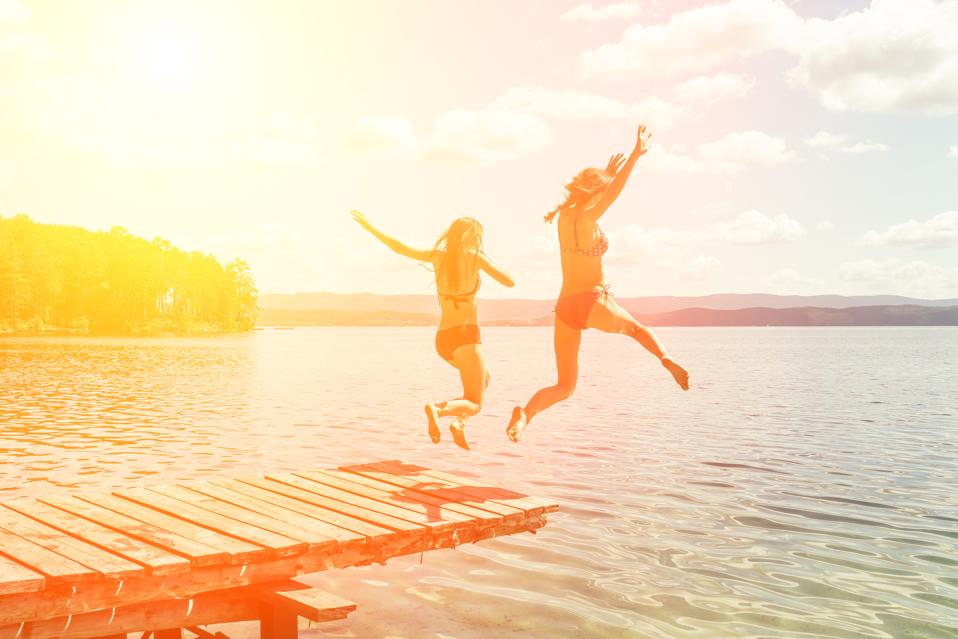 Is there a risk of messing up, making a sub-optimal decision or totally getting it wrong? Of course. Does that hurt? You bet it does. None of us like to fail, have a decision turn pear-shaped, mess up in front of those we’d rather impress or lose something we value – our job, reputation, or money. However, if we aren’t giving ourselves permission to risk ‘all of the above’, we are putting at risk invaluable opportunities to learn and grow and contribute and discover whole new horizons for ourselves. As the Jewish philosopher Maimonides wrote in the 11th century, “the risk of a wrong decision is preferable to the terror of indecision.”

To help you figure out where you need to ‘wing it more’ and overthink it less, reflect on these four questions:

Sure, we all want to make decisions today based on a tomorrow we can predict with certainty. That’s human nature. But if you’re waiting for certainty before you commit to a plan of action, you can spend your life on hold.

If you’ve been holding off taking decisive action because you don’t know exactly what you’re doing, stop over thinking it and do it anyway.

If you’ve been waiting until you can see beyond the step immediately ahead, stop even trying and take it anyway.

Because if there’s one thing that is certain, the most valuable learning you’ll ever get in life is what you gain on-the-job. And the steps you need to take will become apparent once you need to take them.

So don’t wait until you have the answers.

Don’t wait until you know what you’re doing or are sure you can’t screw up.

Has Zuckerberg broken and thing or two? Clearly he’s had his share of high profile ‘breakages’ in recent times.  Bezos, Branson and Musk have had their share too. But let’s not lose sight of the indelible mark they’ve each made on the world in the process. If any of these men or (insert-name-of-trailblazer-here) had waited until they knew they’d get it 100%, first time, every time, they’d never have even got out the starting blocks.

My point:  Putting off a decision make feel safer in the short term, but it always comes with an opportunity cost and can make us less secure in the long run.

So back yourself more. Embrace life’s uncertainty. Seize its adventure. Permit yourself to make mistakes, learn as you go and take yourself more lightly. Because while uncertainty will always abound, one thing I know for certain is this:

Unless you dare to dive in, despite your doubts and uncertainty, you’ll never know what you’re capable of doing.

Here’s to giving yourself permission to wing it. A year from now, you’ll be so glad you did. 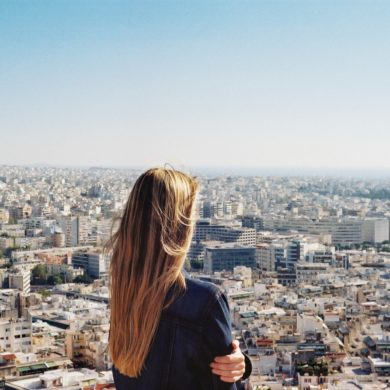 How Stepping Away From Work And Leaving Your Comfort Zone Boosts Your Success
We use cookies on our site to give you the best experience possible. By continuing to browse the site, you agree to this use. For more information on how we use cookies, see our Privacy Policy
Continue