Five Ways to Encourage Safe Behavior During the Pandemic

Research provides some tips on how to get each other to wear masks, wash our hands, and keep distance. 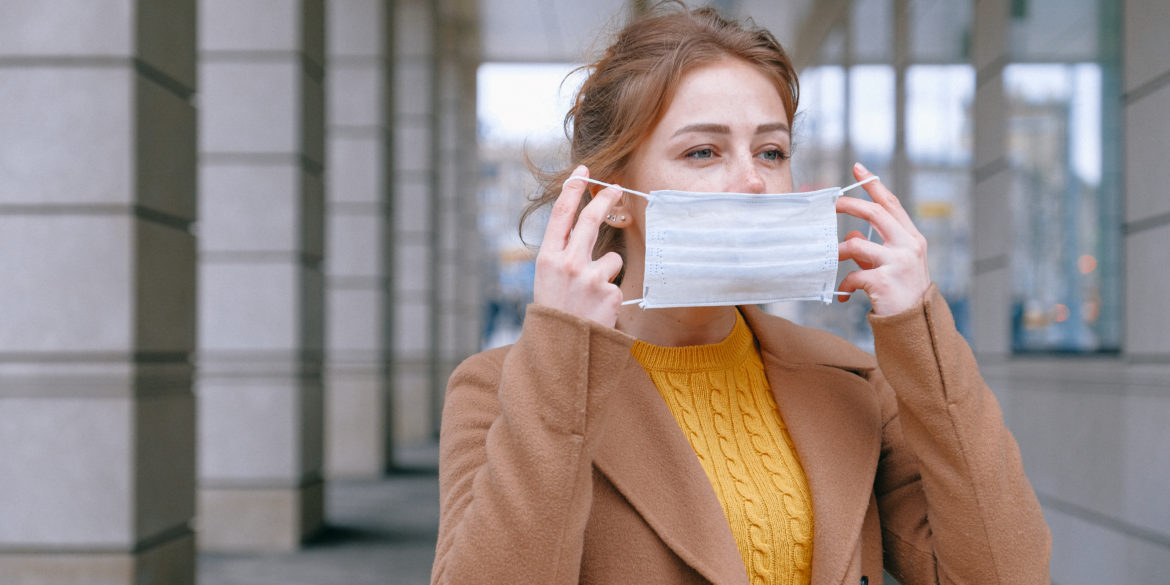 Recently, my husband and I went hiking. Two runners came toward us, neither wearing masks. As we put our masks on and turned away to let them pass at a safe distance, one of the runners made fun of our behavior, chiding us for our “theatrics.”

It’s frustrating to see people not comply with health advisories—and it’s worrying. Health experts report that wearing masks and keeping our distance are clearly effective at slowing the spread of the coronavirus. Washing our hands regularly, avoiding crowded spaces, and staying home when we feel ill are also ways of supporting public health goals.

How can we encourage people to take these seriously, especially when it’s inconvenient to them?

Luckily, science suggests that there are many ways to nudge people in the right direction. Since we so badly need to keep this virus under control—especially once we have more freedom of movement—it becomes more important than ever to figure out what works. Here are five ways research has identified to encourage people to protect themselves and each other from the pandemic.

1. Appeal to concern for others

As a species, we humans naturally care about others’ welfare and will often act cooperatively for the benefit of our group. In fact, research shows that our first instincts in a disaster are to act “prosocially”—meaning, acting to benefit the welfare of others rather than doing what benefits us.

In a recent study from Sweden, researchers measured participants’ prosociality by having them fill out a questionnaire and play an economics game in which they could avoid exposing others to risk for their own benefit; then, they collected information about what kinds of steps participants had taken to prevent viral spread. Their findings suggest that people with higher prosociality scores were more likely to follow guidelines about hygiene and social distancing, and they were more likely to buy masks, donate, or spend more time reading about the virus.

As many of us have prosocial instincts already, appealing to that side of us might be important in a pandemic, as another recent study found.

In that study, conducted in the United States at two points in time during the viral outbreak, researchers tested different messaging to see how it affected participants’ intentions to comply with preventative measures—like washing their hands frequently, not touching their face, staying home whenever possible, or stocking up on cleaning supplies.

In the first experiment in March, they tested different messages about COVID prevention: to protect others in one’s community, avoid becoming ill or dying oneself, or protect oneself and others (a combination). A fourth message did not emphasize potential victims at all.

Results showed that people were significantly more willing to take precautions if the message focused on benefiting others, with the combined message being no more effective than the prosocial message alone. This suggests that people may be most motivated to prevent the spread of the virus when primed with concern for other people.

These results were somewhat surprising, says lead author Jillian Jordan, given that it could have gone either way. “There’s a lot of research suggesting that while people do care a great deal about themselves and are self-interested, people also care a lot about other people and those social motivations are big part of our behavior,” she says.

In a follow-up experiment within the same study—conducted a month later, as coronavirus cases spiked in the U.S.—these differences around messaging effects tended to disappear, with appeals to promoting public or personal health being equally effective. Jordan isn’t sure why—it could have been small differences in her methods or the changing national conversation around the pandemic. But, whatever the case, prosocial messaging was surprisingly robust.

“The key takeaway is that prosocial messages are no less effective than self-interested messages,” she says. “That reaffirms the idea that prosocial motivation does have some power.”

Unfortunately, there will always be people—like the runners we encountered—who are tempted to forego protections, especially the longer the risk period lasts. For those who are at less risk of serious illness, the temptation may be even stronger.

Researchers who study cooperative groups call these folks “free riders,” because they take advantage of others’ cooperative behavior to benefit themselves. For example, they may decide that with everyone else staying at home or wearing masks in public, they can safely go outside mask-free with little chance of infection.

“When we leave our own homes, we are looking around and noticing if other people are wearing a mask”

Unfortunately, “free riders” can poison cooperative action. After all, being “good” comes at a cost of personal freedom, and, especially in a more individualistic society, that’s a hard lift. To see other people flouting the rules could make compliant people feel they are being taken advantage of.

How to discourage free riders and make compliance the norm? Again, the science of cooperation provides some answers, according to another research paper.

As one of the paper’s coauthors, Lehigh University psychologist Dominic Packer, argues, we’re subtly influenced by the behaviors of those around us. So, if we are exposed to people who are generally adhering to recommended guidelines, we are more apt to adhere to them ourselves, and that behavior can spread in a community.

“When we leave our own homes, we are looking around and noticing if other people are wearing a mask or showing up to grocery stores and waiting in lines, and we’re using that to inform us about how much other people are listening to the CDC and thinking it’s a good source of information,” says Packer.

Our tendency to go along with what we see others doing depends on our personal identities, too, says Packer. For example, in the U.S., social distancing and mask wearing has been embraced more by liberals/Democrats and eschewed more by conservatives/Republicans.

That’s why shaming people who don’t comply with norms—as I was tempted to do when the mask-free runners passed by me—probably won’t work well, says Packer. While shaming can get people to change their behavior when they identify strongly with the person shaming them—let’s say, your teen friend group telling you to wear a mask—it can backfire and increase your opposition if you don’t identify with the person shaming you.

What can we do instead? It’s important to highlight our common humanity and remember our shared moral values. If this messaging isn’t coming from national leadership, we can encourage people to remember their other, non-political identities—as Americans, parents, or community members, for example—to help the norm spread, says Packer.

In spite of political bickering, he is encouraged that the norm of being careful has spread as much as it has. Creating a new norm around behaviors like wearing masks or staying indoors—which are foreign to most Americans—is pretty remarkable, he says.

“Given that we can’t draw on prior experiences and that we’re getting a lot of conflicting information from news outlets and government authorities, the amount of behavior change we have seen in such a short period of time is truly astonishing—like, unprecedented.”

4. Make the messages authoritative and consistent

Prosocial messaging may help to keep people focused on being cooperative rather than looking out for themselves. But, with the messaging around the virus changing rapidly—and, in the U.S. at least, the messages being skewed for political reasons—it’s more difficult to keep that spirit of unified action alive.

Messaging matters when it comes to individual behavior. For example, one recent study found that when you frame the dangers from the coronavirus in economic costs rather than public health costs, people are less willing to take precautions to protect themselves or others from the virus. The study also found that when messages of precaution came from an authoritative source (in this experiment, President Trump), people were more willing to follow them than when they came from an expert source (the CDC).

This means that consistent messaging from authorities about the importance of maintaining social distancing and other forms of protection is helpful for encouraging ongoing compliance. Unfortunately, that’s not happening in the United States, where the pandemic has (at this writing) killed over 120,000 people—in part because of confused messaging. We can at least take responsibility for controlling our own messaging—to our kids and family, coworkers, and followers on social media. Perhaps our leaders will follow suit.

People need to hear that their actions are making a difference.

In a recent paper synthesizing decades of research, scientists suggest that we can encourage compliance with prevention measures by reporting on the benefits of accrued cooperation—meaning, let people know that their actions are resulting in lowered hospitalization and death rates. People are more likely to continue with difficult advice when they feel that it’s actually making a difference.

There’s also a good way to recognize each other’s efforts: gratitude. Saying “thanks” to other people who adhere to wearing masks and social distancing can also help, the researchers argue. Not only does gratitude make people feel good about what they’re doing, but it can also encourage them to “pay it forward” and to want to do more to help others.

Public displays of gratitude—as well as offering opportunities for people to help one another through neighborhood groups or community organizations—can build community, too, and bring momentum to the movement to continue taking precautions as time goes on.

“Doing so would spotlight the cooperation at the heart of social distancing and implement the reciprocity shown to generate cooperation in social dilemmas,” the study authors write.

All of these steps—appealing to our prosocial natures and common humanity; being a good role model; consistent, authoritative messaging; and making impact visible—can help us to do the hard work of protecting others and increasing the common good. If the pandemic has taught us anything, it’s that we need to think of ourselves as one big human family all trying to fight this virus together. 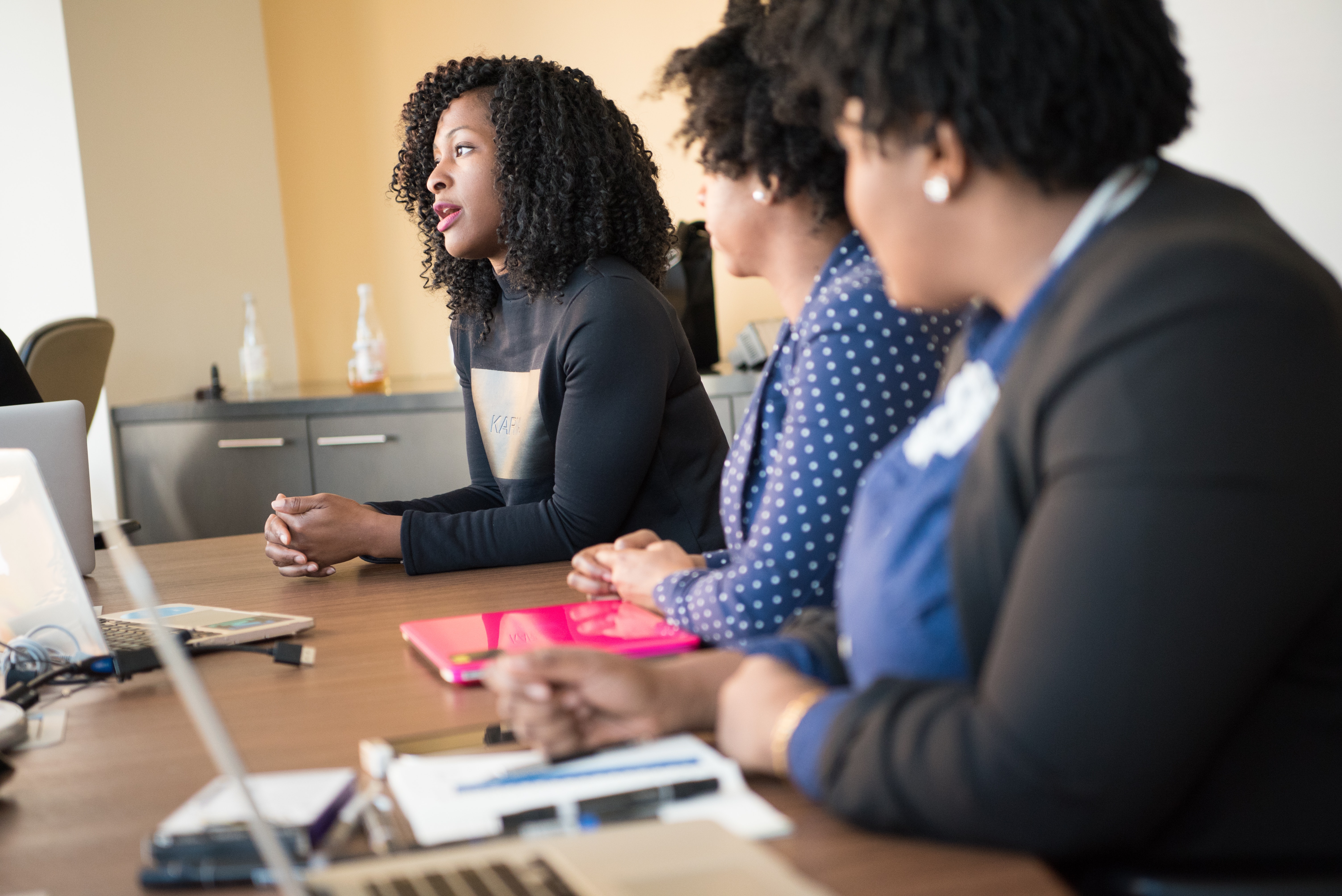 The Un-rewind-able Moments of Listening
We use cookies on our site to give you the best experience possible. By continuing to browse the site, you agree to this use. For more information on how we use cookies, see our Privacy Policy
Continue