Trust yourself and your vision and share it. Make yourself seen and heard in a room. Your experience, ideas, and perspective are necessary. 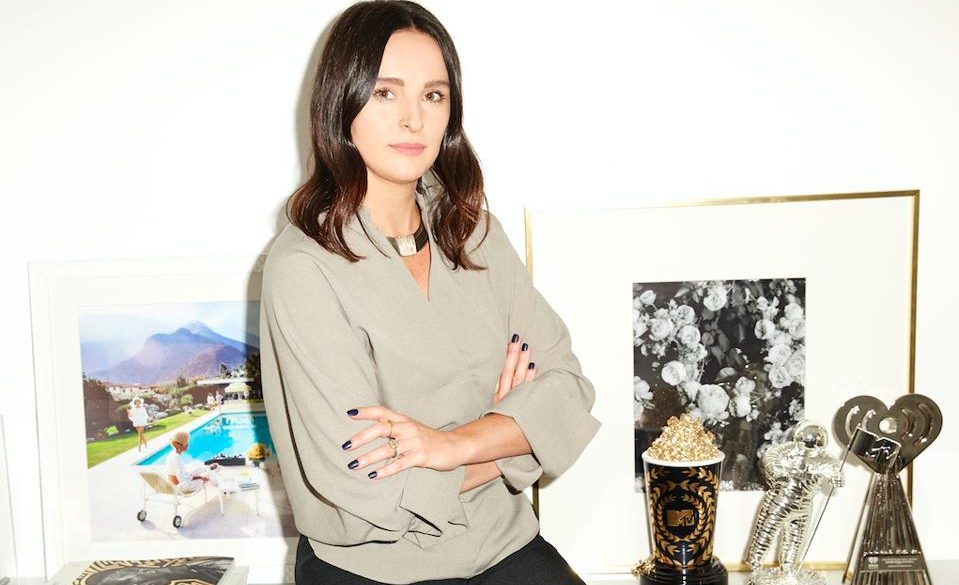 As we’ve seen these past months, the Covid-19 pandemic has dramatically impacted so many industries, some of which may potentially be able to recover, while others may continue the struggle or be radically transformed. According to recent data, the industries most impacted have been airlines, casino and gaming and leisure facilities, auto parts and equipment and oil and gas drilling. Many say too that the world of entertainment, has been forever changed.

To learn more about how entertainment industry is shifting to address the current challenges, I was excited to catch up this week with Den of Thieves executive producer Barb Bialkowski, one of the leading entertainment showrunners responsible for the MTV Video Music Awards, E!’s People’s Choice Awards and E!’s red carpet specials, to name a few. Up next, she will be producing the 2020 MTV Video Music Awards.

As a highly successful female producer in a male-dominated industry, Bialkowski is defying the odds and helping Den of Thieves see consistent year-over-year increases in ratings and social engagement across telecasts, which is a true accomplishment considering the current viewership climate. This continual increase is why the biggest entertainment events and most notable talent in the industry are repeatedly trusting her to make their content standout in a time where there is so much noise to break through.

Some recent Den of Thieves achievements are:

In our interview, Bialkowski shares how she builds success and collaboratively manages and approaches her projects in the male-centric entertainment industry, and offers a candid perspective on the future and ever-evolving landscape of television, and highlights how the narrative about women in the entertainment industry has changed over the past decade, but must continue to evolve.

Here’s what she shares:

Kathy Caprino: As a female in a male-dominated industry, how do you think the narrative of women in the entertainment industry has changed over the past decade?

Barb Bialkowski: Not enough. We’re still fighting for seats at the table and we’re often greatly outnumbered in leadership positions. There’s a very narrow box women have to fit into, and that fit isn’t comfortable. We outgrew it a long time ago, or actually, we never fit into it in the first place. We contend with so many mixed messages. We’re told to be likeable, but decisive. Strong, but not too aggressive. That narrative is so tired.

When women work together, they make incredible things happen. I’ve been in the production trenches enough times and I’ve sat in the hot seat enough times to know that women have a most unique power to communicate, strategize, solve, elevate, and overcome.

I’ve made a very conscious effort to bring women into my production teams and it shows. Whether they are established producers or young professionals getting their start in the industry, they are the backbone of our productions. I strive to create an environment where those women feel seen, heard, and most of all valued. There are so many fantastic female candidates out there. You just have to hire them!

Caprino: As an established, development executive producer, what advice would you give other women in the entertainment industry pursuing their goals?

Bialkowski: Trust your instincts as a leader and as a creative. Women often take a backseat and let others be louder and taller. We assume someone else’s ideas are better. Trust yourself and your vision and share it. Make yourself seen and heard in a room. Your experience, ideas, and perspective are necessary.

I strongly believe in hard work. It’s not an even playing field out there, and you’ll need to work harder than anyone around you. Pay your dues and learn as much as you can. Be overprepared and know what you’re talking about. People will notice. I’m honest with myself about what my goals are, what I’m bringing to the table, and what it is I really want out of a project. That is often easy to lose sight of or be distracted from.

Caprino: Covid-19 has really taken a toll on the entertainment industry. How has this impacted your daily work?

Bialkowski: My daily work is sometimes just keeping my head above water. It’s worrying about your loved ones, it’s trying to stay sane, it’s trying to remain creative and productive during a time of uncertainty. This is not easy, and not being ok is ok.

We’re all working from the confines of our own homes obviously and all-day Zoom conferencing is the new normal. The entertainment industry was already fairly casual in terms of dress code, and now you’re seeing executives in sweatshirts in their kitchens, which I’m very supportive of by the way. Let’s just keep it real.

I do think a layer of formality is removed and we’re having straightforward conversations as we try to maneuver through this together. Everyone is in the same boat and there’s a vulnerability present. We’re all facing the unknown and scared for our families and friends. In that climate you tend to get right to the point quickly.

Caprino: How do you see the pandemic changing the face of entertainment?

Bialkowski: It has certainly paralyzed the event space. Productions can’t get off the ground, tours and festivals are canceled, and we’ve seen big event shows move into living rooms and backyards.

In the early stages of quarantine, we produced YouTube’s global dance event #MoveWithMe, and a month later, we were bringing a live interactive Prom experience to high school seniors across the country with MTV’s Prom- athon.

We had to quickly figure out how to produce live content all from the confines of our own homes. Our entire team of producers, directors, and technical crew were all connected through virtual Control Rooms and communicating via iPhone apps. If I’m being honest, it can definitely be frustrating at times and has forced us to be even more flexible and patient.

Now, we’re knee deep in the MTV Video Music Awards which we’ve been producing for over a decade. It’s an iconic show that has always inspired artists to bring their most ambitious performances. It has come to define that thrilling “you never know what’s going to happen” energy. This show is always a beast to produce, and the pandemic has added a very tricky layer.

Every day reveals new statistics and proposes a new challenge. We’re trying to wrap our heads around how to deliver on the creative expectations we all have about the VMA’s, but in a safe way with a million limitations.

Caprino: How have current events impacted your outlook on the type of stories and projects that Den of Thieves will prioritize moving forward?

Bialkowski: Working in the music event space for the last 15 years, diversity has long been at the core of the stories we tell. We’ve created iconic moments alongside artists who represent so many different perspectives, backgrounds and voices. They speak their truth when they get on the stage and it’s our job to ensure their artistic vision is realized.

But this year I’ve been shaken to my core. I’m listening and learning, and extremely conscious of the continued work that needs to happen. We have a platform that we’ve worked hard to create, and we will continue to shine light on the individuals that are bravely speaking truth to power, and the stories that are necessary for all of us to hear. I will work hard to hold us accountable for that.

Caprino: Artists and comedians tend to come with a vision or a social agenda. As the producer, how do you support that creative vision and help them execute it properly?

Bialkowski: I’m constantly inspired by outspoken artists. The ones who are willing to use their voice to speak kindness, truth, and justice, even when it’s uncomfortable for everyone else. They’re the trailblazers, the rock stars, the revolutionaries.

One of the biggest rewards to us is that the talent wants to use the platforms we’ve created on our shows to speak out, connect and inspire change.

For the most part, I stay out of their way. I try to create an honest and trusting relationship with our talent, making sure they feel supported and protected. We’re partners. Obviously as a producer, you’ve got to think about your audience and the tone of the show you’re trying to create. I’ve found that honesty is the best policy here. If you’re straightforward with your goals or concerns, that’s a good place to start the conversation.

Caprino: During this time of quarantine, how have you adjusted your day-to-day to help lead the other producers on your team and ensure productivity across the board?

Bialkowski: I won’t lie, it can be really hard. I wish I was better at it. When you’re not together in a shared space, you can’t physically check in, pop by to discuss a plan or issue, or just have a simple conversation. It’s really hard to create that momentum.

We’re existing in a world of Zoom, email, Slack, text. It’s exhausting. There are so many platforms to be reached on, but I’ve never felt more disconnected. I keep resisting the thought of getting used to this.

I have to shout out our incredible producers and team members who light up our endless Zoom calls with enthusiasm and passion. Some days you’re the cheerleader, and other days you need someone else to be. We continue to learn and adjust in this new normal and take the proper steps to ensure success despite the limitations.

7 Habits Of Innovative Thinkers
We use cookies on our site to give you the best experience possible. By continuing to browse the site, you agree to this use. For more information on how we use cookies, see our Privacy Policy
Continue