How To Get More Confident Speaking Up In Meetings 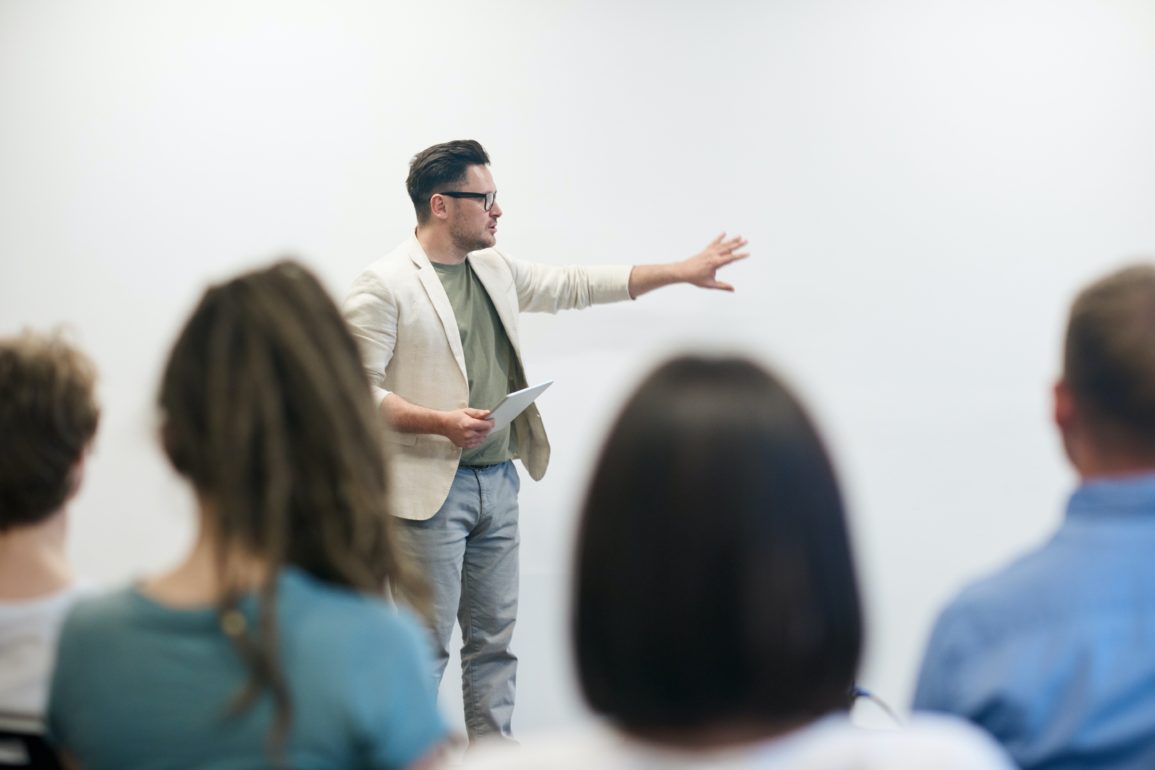 Group meetings can be intimidating. Lots of people, often at different levels of the organization, are sitting in one place throwing out ideas. Meetings are an opportunity to have an impact on ideas in development, but they are also a place where you can display your ignorance in front of a large group. If you’re new in an organization or an introvert who doesn’t like that spotlight, it can be easier to fade into the background and look to have your impact elsewhere.


But there are real advantages to speaking up. For one thing, you are much more likely to have an influence on ongoing events if you get involved in conversations than if you hold your opinions to yourself. For another, the comments you make may spur new ideas in your colleagues that can make good projects even better. Finally, your participation in meetings gives other people in the organization a chance to get to know the way you think, which may lead them to engage you in new opportunities in the future.
If you’re having trouble mustering the courage to say something, you can prepare yourself to do it successfully:

LISTEN BEFORE YOU PLAY
As a saxophone player, I read a lot about jazz improvisation. One of the critical pieces of advice that they give to musicians who are sitting in with a new combo is to resist the urge to play a lot of notes and dazzle people with your technical wizardry until you understand what the group is doing. That is: You have to listen before you play. That way, what you play will blend with what everyone else is doing.

The same advice applies to learning to speak up in meetings. Pay attention to what people say and how they say it. Think about the comments that people have made that have had an impact versus those that seem to evaporate after they are spoken. The ideas that get picked up are being spoken by people who are attaching what they have to say to the needs of the group. Your aim when you do contribute in a meeting is to connect to the concerns people have.

PREPARE IN ADVANCE
One thing that can make your participation less stressful is to prepare your initial contributions carefully. When there is an issue of concern to you being discussed in an upcoming meeting, look over the agenda in advance. Think about what points you would like to make. Write down a sentence or two that highlights a key point or two that you want to make.

It may seem strange to prepare a comment you want to make in a meeting. But speaking in front of a group (even as a contributor in a meeting) can be stressful. Research on choking under pressure suggests that the amount of information you can hold in your mind goes down as your anxiety about a performance goes up. That means you cannot rely on all of the right words coming to mind for the first time in the moment when you’re not used to talking in a meeting. The preparation you do in advance will help you to say what you want to say briefly and coherently.

DON’T OVERTHINK IT IN THE MOMENT
That anxiety you feel before you say something in a meeting can also cause you to chicken out altogether. A common reaction to fear and anxiety is just to freeze. After all, your biggest fear about speaking up is probably that other people will judge you harshly if you say something that doesn’t move the conversation forward.

The longer you wait, the more anxiety you’re likely to feel. You may find the easiest way to handle that anxiety is to give up on saying anything. Even if you do manage to raise your hand at that point, the anxiety may make it harder for you to say what you want to say.

Instead, try not to overthink it. When the point you want to discuss comes up on the agenda just raise your hand right away. Commit quickly. That way, you won’t avoid your chance to contribute.

THERE IS LESS DOWNSIDE THAN YOU FEAR
Perhaps the most important thing to keep in mind is that the fear of speaking out is actually far worse than speaking in a meeting. That worst-case scenario you fear—being like Charlie Brown in the old Peanuts cartoons where the whole class is laughing at him—is not actually going to happen. In fact, the worst-case scenario if you speak out in a meeting ineffectively is that nobody pays attention at all and they forget you said anything.

If you have a fear of speaking out in meetings, it is worth asking yourself whether any single comment anyone has ever made in a meeting lowered your esteem for that person permanently. Chances are, you won’t be able to think of any examples of that happening in your experience. And you are unlikely to have that happen to you. This is quite likely to be a situation where the thing you have most to fear is fear itself.