What Should I Do If My Boss Is a Bully?

Employ the Six Ways of Ruling 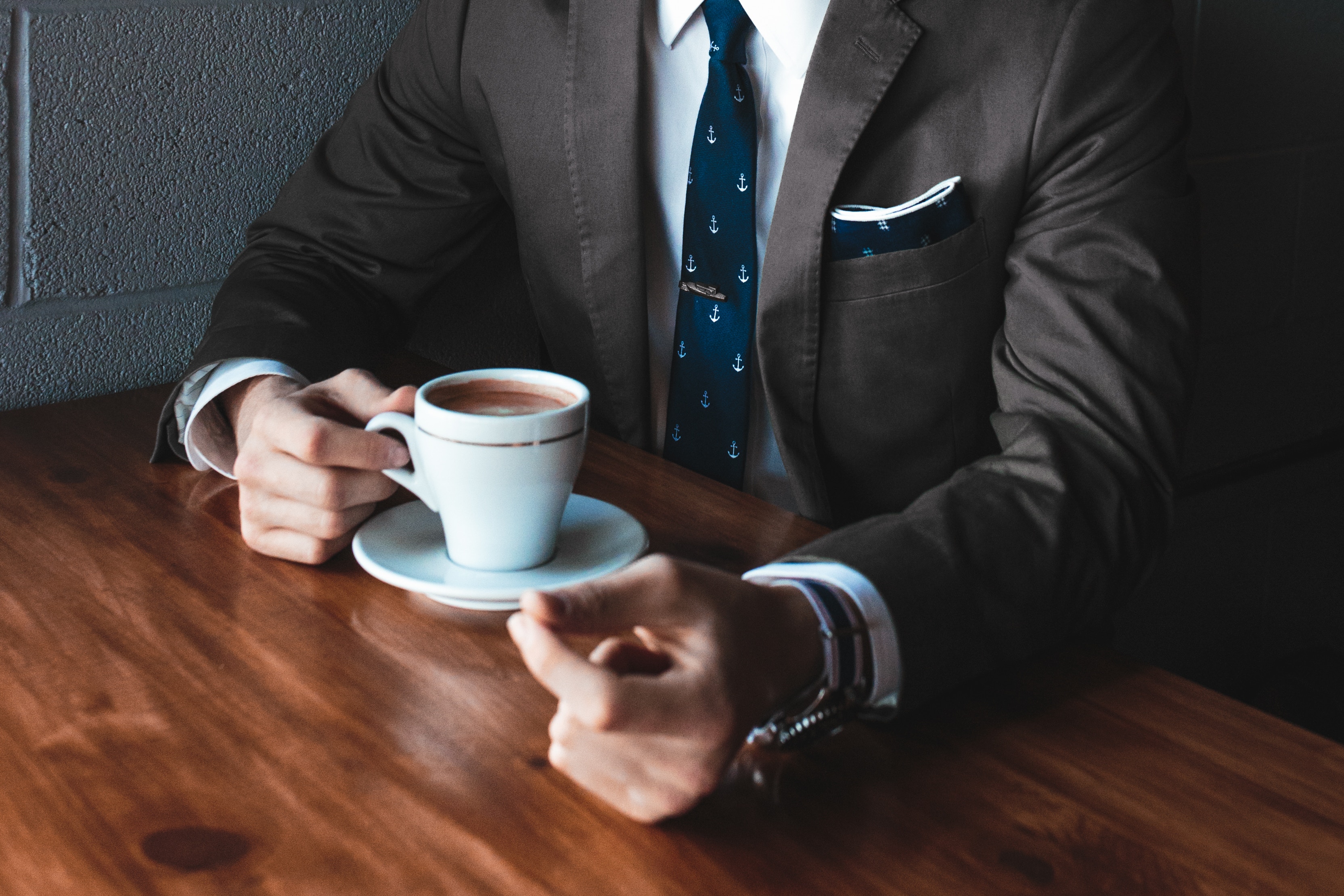 Many people look to Siddhartha Gautama as an example of someone who attained nirvana, a buddha. Every other week in this column we look at what it might be like if Siddhartha were on his spiritual journey today. How would he combine Buddhism and dating? How would he handle stress in the workplace? “What Would Sid Do?” is devoted to taking an honest look at what we as meditators face in the modern world.

Every other week I’ll take on a new question and give some advice based on what I think Sid, a fictional Siddhartha, would do. Here Sid is not yet a buddha; he’s just someone struggling to maintain an open heart on a spiritual path while facing numerous distractions along the way. Because let’s face it: you and I are Sid.

This week’s question comes from Michaela: “I am working as a researcher for a pharmaceutical company and I am being severely bullied by my boss. He steals credit from me, tells lies about me to co-workers and belittles me in front of clients. Since my immigration status is tied to this employer for now, I have to stick it out for probably another 6 months. Honestly, I do harbor revenge fantasies for all the psychological stress I have to endure right now. I can’t wait for the day, when I am free and I can tell him what a dirty little jerk he is. In rare moments I do feel compassion for him, since he is a tormented soul and I know he must suffer greatly in order to abuse other people. How would Sid handle this?”

I think you’re not alone in this conundrum Michaela. Many of us at one point or another have felt that our hard work has not been acknowledged, that we’ve taken blame when it was not due, or have been hurt by slanderous speech. To have all of the above come from one person (and someone who so closely controls your future status in the country) is a tough position to be in.

One set of Shambhala Buddhist teachings I’ve always found helpful in workplace drama is known as the Six Ways of Ruling. The Six Ways of Ruling teach us to face aggression with compassion. As Tulku Ugyen Rinpoche used to say, “Being aggressive, you can accomplish some things, but with gentleness, you can accomplish all things.” I would like to think that if faced with an employer who would not let up on him Sid would respond with compassion and employ these six powerful methods.

The first step is trying to remain open and accommodating by not taking things too personally. This is tough, I know. However, you mention that your boss torments people other than you. A lot of times when someone in the workplace is stressed they do not know how to relax and will take it out on others. To give their aggression patience and space can be an incredible act of compassion.

Imagine an angry bull. If put in a small pen, it will continue to buck around like nobody’s business. However, if you take that bull and put it in an open field, he will run around until he tires himself out. The same can be said of another person’s aggression. If you can remain benevolent (the first of the six ways), then you have a shot at weathering this thing. Perhaps the image of the angry bull might inspire a sense of humor in you. Keeping a sense of humor and not taking things personally are ways of keeping an open mind in the midst of aggression. So step one: practice benevolence by being patient and spacious.

At times, though, you may need to say something to your boss in order to set the record straight. It’s important to chose your words carefully. Bringing mindfulness into your speech, you can be true to your own wisdom while empowering your words with a sense of weight. This is not simply being diplomatic but actually connecting with your heart, which serves as a generator of your wisdom. Remaining true to yourself while confronting tough issues inspires natural confidence. So if you see yourself being bullied, say something, and say it from your heart, not from a point of politics or protocol.

This takes us into the third way of ruling, being genuine. It sounds pretty straightforward (don’t be fake), but it’s a bit more complex. When you have a point to make, you ground it in logic. As Sakyong Mipham Rinpoche has said, “It is not even our genuineness particularly. It is just genuine, a star in the sky that everyone can see. We all recognize the truth.” In other words, if you are at work and clearly see that something needs to be done, then disregard previous animosity and attempt to guide your boss towards that goal with logic. It’s not about one of you being right and the other wrong but about attempting to show a clear course of action.

If we continue to remain gentle in the face of aggression, it can have a transformative effect on not only our employers but our whole office situation. As the Sakyong wrote in his book Ruling Your World, “Gentleness is always the best whip, one that everyone respects, because it is devoted to the welfare of others.” We garner respect from others because they come to learn that our actions are rooted in our own wisdom and the practicalities of the situation at hand.

Along those lines, when it is time for us to make a decision at work, we need to be fearless. As a researcher I imagine you quite carefully think through whatever actions need to be taken. Thus, when it is time to actually do something, act fearlessly. If you are reticent about how you feel things ought to be done, then that takes the wind out of the sails of the entire project. Fear can be contagious, so have faith in yourself.

The fifth way of ruling is artfulness. Ruling our work situation is an art, not a science. We can set our day up skillfully to maximize our time and spend it with co-workers with whom we know we can accomplish a great deal. Taking some time to review the work environment, you can ask yourself, “What is the most skillful time to pitch a new idea?” Before calling out your boss on something about which you feel negatively, ask, “How will this help?” I am not saying sit back and let him be mean to you, but rather keep an open mind about the circumstances around you. Consideration for others is at the root of being artful. With consideration we open up a space for others to use discernment and discover their own wisdom.

Giving yourself and others space is worthy of rejoicing, the sixth way of ruling. It’s so hard to not respond to aggression with aggression, to want to change someone who is causing us suffering while knowing in our heart that the only thing we can change is our own actions. To look upon your workplace with mindfulness, space, and compassion is a practice — a legitimate practice, just like what you do on the meditation cushion. When we look at our life in this way, we are happy in our skin. We feel comfortable because we are being true to ourselves in the midst of great obstacles. We should celebrate that.

The Sakyong has said that when we employ the Six Ways of Ruling, “we no longer believe that we can get what we want with negativity. We’re using different strategies. We understand how power flows: by resting in a big mind, we can conquer small mind.”

Here is an audio teaching from the Sakyong on his book tour, which also may prove helpful to you. 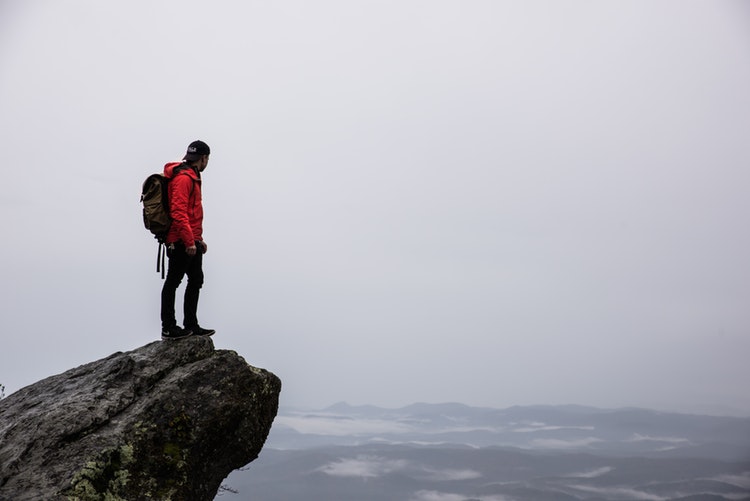 The 4 Ingredients of Motivation You Need to Succeed
We use cookies on our site to give you the best experience possible. By continuing to browse the site, you agree to this use. For more information on how we use cookies, see our Privacy Policy
Continue