Dear Women: Own Your Worth And Dare To Ask (People Aren’t Mind Readers)

When you risk nothing, you gain nothing.

By Margie Warrell
In Women at Work
18 min read 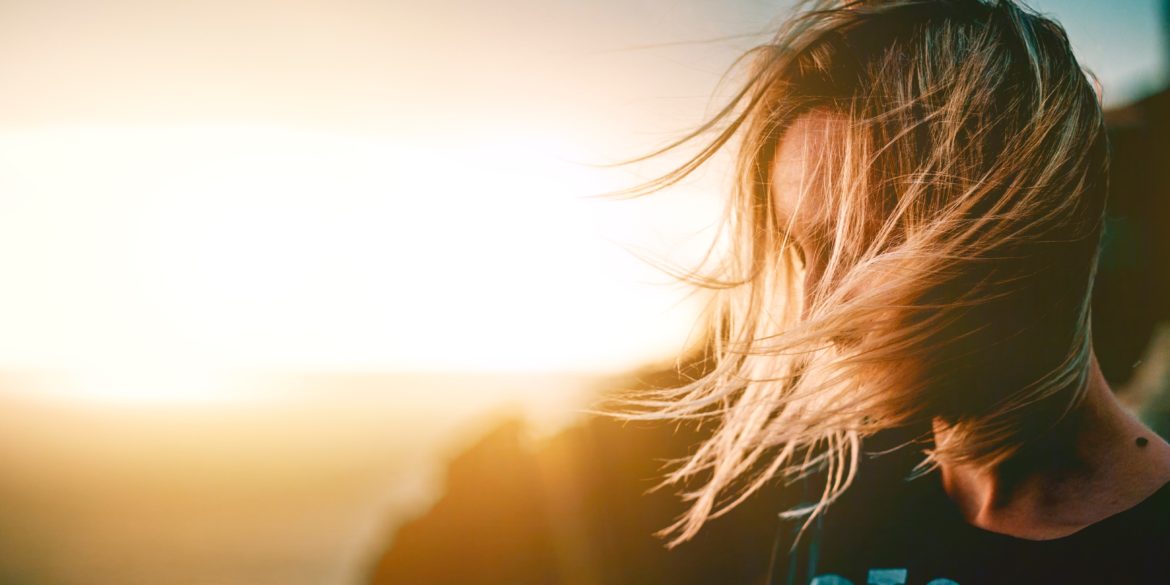 “I didn’t want anyone to think I couldn’t handle the workload,” Tina told me. “So I worked my tail off and never asked for any support despite the enormity of the role. It nearly killed me, but a year later I got promoted to another role. But here’s the kicker, the first thing the guy who replaced me did was ask for an assistant.” He got one soon after.

Tina’s story is not unique. In fact, you’ve probably met a Tina lookalike yourself. Perhaps you’ve been one. In Option B, Sheryl Sandberg wrote about feeling so insecure about imposing on others in the wake of her husband’s death that she considered starting a People Afraid of Inconveniencing Others support group. She decided against it once she realized none of the members would show up for fear of imposition on each other. Let’s face it, if the author of Lean In was struggling to lean in on friends at a time of intense need, little wonder so many women struggle.

But it’s not just reaching out to ask for help that many women are reticent about. It’s asking for anything. In fact, a recent study found that four out of five women find it ‘extremely difficult’ to express concerns and make clear, concise and straightforward requests.

Of course such behavior is adaptive in so far as it helps maintain social harmony and avoid disruptive relationships. Many women I know, myself included, were admonished from our earliest days for anything that could be perceived as self-serving. Don’t be pushy or greedy or difficult. Just focus on doing a good job and be nice. Wait your turn. No one likes a whiner.

It’s true. No one likes a whiner. Yet in our eagerness not to be seen as one, we conflate making any request for ourselves with being demanding or difficult. Having been raised by a former Catholic nun (no scandal, she exited convent life before I came along), I was schooled from the earliest age in the art of never being an imposition. My mother would not even request a cold meal be properly heated for fear of being a bother.

Yet as convenient as it is to assume others should take care of us, the reality is that advocating for our wants, needs and ambitions falls squarely at our own busy feet. So, if you find yourself feeling frustrated, resentful or overwhelmed, take 100% responsibility for addressing whatever is weighing you down. This includes making more, better and bolder requests.

Believe you’re worth it and don’t sell yourself short.

If any thought remotely resembling “Who am I to ask for that?” has ever rumbled through your head, try flipping it on its head by asking: “Who am I not to ask for that?” Opportunities rarely go to the busiest worker bees, highest IQs or most selfless martyrs. They go to those who advocate for them. The fact that men tend to rate their value higher is not their fault. It just points to the importance being extra attentive not to allow our gendered social conditioning dictate the value we place on ourselves or how much (or little) we settle for.

And if the thought of asking for help makes you feel guilty, consider that the more requests being made of you, the more you need to make of others. You can’t pour from an empty cup. Moving your own needs atop your priority list is the most loving thing you can do. So enough with the guilt. Your needs are no less important than anyone else’s.

You are the only person responsible for your career and your life. Take 100% ownership.

One of the many feminine strengths is our intuition and sensitivity to the people we work and live with. However, sometimes we mistakenly assume these people are as attuned to our thoughts and feelings as we are to theirs. Not so. Whether it’s something you want or something weighing you down, you have to take full ownership for ensuring others know as much.

If you’re in the baby-making/toddler taming season of life, this can be doubly true as well-meaning people assume you won’t be interested in roles that will up the ante on your “jugglerhood” act. Countering benevolent sexism requires getting ahead of the ball lest you miss out on opportunities they assumed you would not want.

Watering down what you ask for to mitigate against rejection sells you short.

Whenever women violate the “communal” feminine norms of prioritizing their needs over others there is always risk of backlash. It’s why women often dilute their requests or soften their negotiation stance (except, unsurprisingly, when negotiating for the needs of others). A study of business students at Carnegie Mellon found female students asked for, on average, 30% less than their male peers. Another study by Marilyn Davidson at Manchester Business School, in England, replicated this phenomenon. But just as we cannot change norms by bending to them, we can never get what we really want if we don’t have the courage to ask for it.

Take Sophia for instance. Sophia was feeling stuck in an administrative managerial role for a local government office. After workshopping her ideal role at my women’s weekend retreat, she mustered up her courage and met with her boss to enlist support to advance into a general manager position. After she’d made her ask, he looked at her and said, “I’m so glad you’ve let me know as I assumed you weren’t interested in a more demanding role.” Within six months she was GM. She hasn’t looked back.

So think about what your ideal outcome would be and then ask for support from those who can help make it reality. Not in an entitled way. Not in an aggressive way. Not in a resentful way. But in a way that conveys the belief you have in the value you bring.

Be direct, be concise, and be very clear. You get what you tolerate.

Every day, through what you say and do, you teach others how to treat you – whether it’s holding someone accountable for a missed deadline or calling someone out for speaking to you (or anyone) with a lack of respect. Not drawing a very clear line when people overstep boundaries or setting clear expectations makes you complicit in their continued transgressions.

You get what you tolerate. So don’t just drop hints if you want someone to act differently or help you in some way. Descending to passive aggressive innuendos like, “Wouldn’t it be nice if someone around here would help tidy up” neither empowers you or resolves the issue. Whatever is causing frustration: be direct, be concise, and be clear about the specific behavior change or assistance you want. Ambiguity and innuendos don’t serve your cause.

Risk rejection but don’t over personalise it.

After learning she was being paid less than her (mostly male) peers, my friend Sarah, a research professor, summoned her courage to ask her faculty Dean for a pay rise. She laid out what she felt was a compelling case, but her request was flatly refused, citing a lack of budget. Afterward Sarah confided the very act of asking had been empowering, but she couldn’t help but feel deflated by the outcome. She decided to start exploring other universities.

Whether word got out or not, Sarah was not sure, but six months later, the Dean called her into his office. Not only was she given the raise she’d asked for, but a very sizeable research grant as well. While he didn’t say as much, she was certain she’d never have gotten either had she remained quiet and settled with the status quo for fear of rejection.

Of course, violating the “communal” gender norms puts you at risk of some thinking you’re being difficult or demanding. You also run the risk of not getting what you want or, like Sarah, a flat rejection. So be it. At least you know where you stand and you’ve empowered yourself simply by not being passive.

Likewise, if you don’t get the answer you want, don’t over personalize it or interpret a no as a measure of your worth. Rather, get what feedback you can (so you’re more likely to get a yes next time) and move on, trusting that better things lay ahead if for no other reason than you backed yourself and made the ask.

The more people know what you want, the more who can help you get it.

It’s a general rule of life that getting what you want correlates very highly with asking for it. Sometimes there’s just a delay in between. Sure you risk rejection, discomfort, disapproval and maybe even rejection when you dare to lay your vulnerability on the line, own your worth and ask big. But far too often we women reject ourselves long before anyone else has the chance.

If there’s a situation right now causing you to feel frustrated, resentful or “less than” in any way, don’t complain, don’t settle and don’t fester on it. Rather, identify the request that needs making, then back yourself and make it. When you risk nothing, you gain nothing.

So today, before you go on to all that’s on your plate, ask yourself:

If I were being really brave, what request would I make today?

There’s no guarantee you’ll get what you want. But you’ll get far less if you don’t.

Margie Warrell is a bestselling author, keynote speaker. She is leading her Live Brave Women’s Weekend this October 25-27th. If you’d like to be braver, click here. 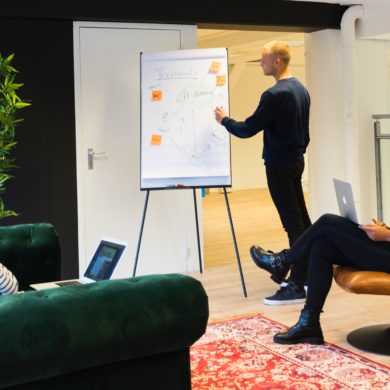 How Can You Be Sure Someone Has True Leadership Potential? Look for 3 Rare Signs
We use cookies on our site to give you the best experience possible. By continuing to browse the site, you agree to this use. For more information on how we use cookies, see our Privacy Policy
Continue