The key to achieving your dream life is to stop trying to do it all. 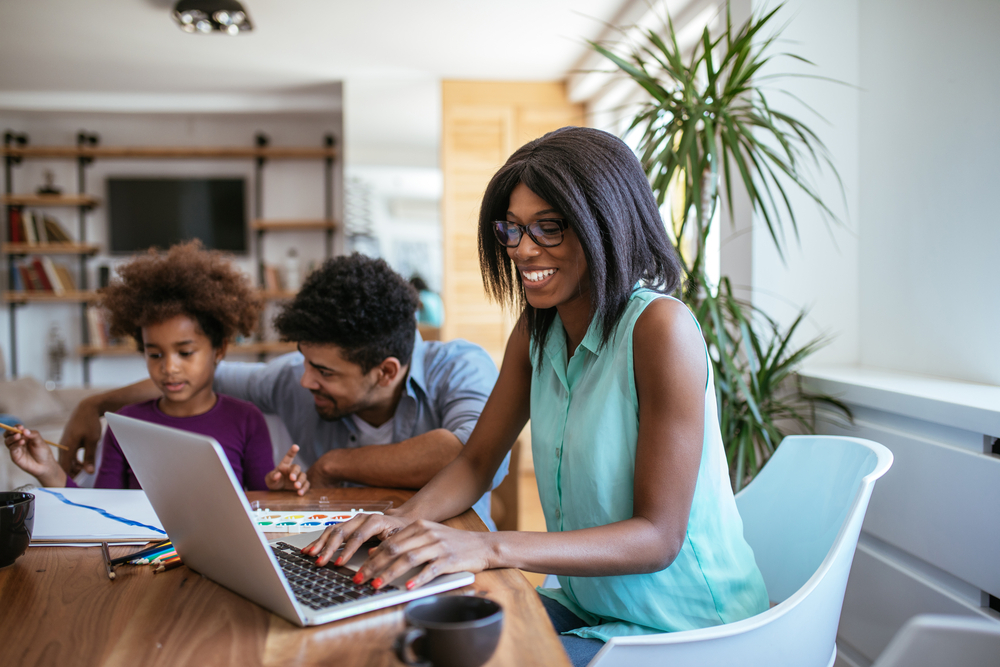 So many of us are consumed by our “to do” lists, and how many things on them we can accomplish and cross off. The problem is that these become “should” lists — focused on what other people or social norms tell us we should be doing, rather than our own personal and professional goals.

To gather perspective on the matter, I reached out to entrepreneur, mom, speaker, and bestselling author Romi Neustadt, whose new book You Can Have It All, Just Not at the Same Damn Time reveals that the key to achieving your dream life is to stop trying to do it all.

To that end, Neustadt offers a useful roadmap on how to pull it off, including the five valuable tips below.

1. Focus on your priorities and the goals that support them.

The main reason people can’t seem to build their dream lives is because they haven’t taken the time to figure out what’s really important to them. Neustadt shared, “It wasn’t until I was 42 — and drowning in my own to-do list — when I realized I had never declared my priorities and had spent decades confusing priorities and goals.”

The distinction between the two, she clarifies, is that “priorities are the things that are so important to us right now that not serving them is non-negotiable.” For Neustadt, a perennial priority of hers is to make healthy choices every day. She writes, “If I don’t protect myself from physical, mental, and emotional stress, everything else goes downhill.”

And goals? They’re something we’re trying to achieve in the future. Neustadt stresses its importance: “If your goals don’t serve your priorities, you end up feeling unfulfilled, stressed, and scattered, and you’ll never get to the things that you really want.”

2. Live proactively instead of reactively.

Neustadt shared the importance of planning out your weeks in advance. Without a plan of what you’re going to do and when you’re going to do it, you waste precious time trying to figure out what to do next, and you’ll be more likely to fill your days with other people’s requests.

“I coach people to have an intimate relationship with their calendar, taking 20 minutes on a Saturday or Sunday and capturing everything they need to and want to do in the coming week,” says Neustadt.

Also take five minutes at the end of every day to see what tomorrow looks like, and decide what should be moved around and juggled, since things constantly shift. “Anything on your calendar that isn’t serving your priorities and goals,” notes Neustadt, “you delete it. What a relief!”

We all know that multitasking is bad for us because the human brain is not a computer. We simply can’t do more than one mentally taxing task at a time, be present, and do it well. But Neustadt says there’s a good alternative to help you maximize the time you spend on your priorities and goals: Multipliers.

The idea is to combine one task that you can do on autopilot and one task that requires brainpower. Neustadt shares an example: “When I started my business, I was still working in PR and raising two very young kids. I did a lot of phone calls to build my business while folding and putting away laundry, putting away groceries, and doing other mindless chores. And instead of sitting and having a meeting in a conference room or sitting at a coffee shop, my colleagues and I will go for a walk while we talk so we can fit in exercise and time outside (which is a multiplier cubed). The point is to get creative!”

4. If you make to-do lists, put the hardest things on top.

If you love lists, to-do lists have to contain the right things in the right order. Too often they’re filled with a whole bunch of “shoulds.” And we also tend to put the easy stuff at the top and do those things first because we want to feel like we’re accomplishing something.

Neustadt offers a different view, one from her coaching playbook: “It’s the hard things that get us closer to achieving our goals and realizing our dreams that tend to stay at the bottom, often getting transferred from list to list. So I always coach people to make sure that everything on their to-do list serves their priorities and goals, with the hardest things at the top.”

5. Stop should-ing all over the place.

People waste so much time on things they think they “should” be doing, and it’s keeping them from living the lives they want. Neustadt explains that this tends to plague women more than men, who tend to have an easier time saying no because they’re less concerned with being judged by others.

“I want women and men everywhere to stop should-ing all over the place — say ‘no’ more to the things they really don’t want to do so they have the time and energy for what’s really important to them,” notes Neustadt.

That’s why going through the process of figuring out what your priorities are and setting goals that serve them is essential. You’ll be able to recognize the Shoulds, and you’ll be able to let them go.

When you live an authentic life dedicated to fulfilling your unique dreams and goals — instead of trying to please everyone or live up to unrealistic expectations — that’s truly having it all.