The key for women seeking to maximize their talents and opportunities is not becoming a less thoughtful and giving person, but rather being purposeful and highly intentional about their choices while also addressing the behaviors that keep them stuck. 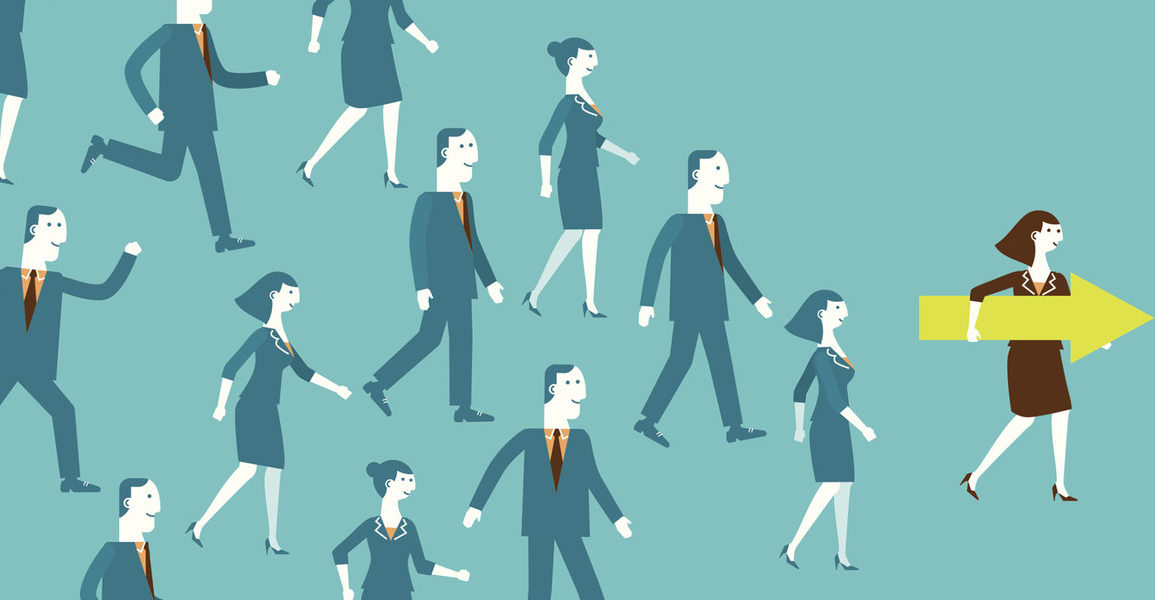 In our new book, How Women Rise, Marshall Goldsmith and I identify the 12 behaviors most likely to get in the way of successful women. And we offer tools to help women change those behaviors that are holding them back.

But what do we mean by “successful women”? Do we mean women who’ve reached the top of their organizations? Women on track to become CEO? Women who seem as if they have it all? Women who are famous?

After all, every woman gets to define what success means to her, what she believes will make her life satisfying and rewarding. This is an important point because our many years of experience working with women around the world has taught us that women define success based on what matters to them as individuals, rather than what their organizations assume people will most value.

For example, instead of viewing money and position as the sole or chief markers of success, women also tend to place a high value on the quality of their lives at work and the impact of the contributions. Enjoying co-workers and clients, having some degree of control over their time and believing that their work makes a positive difference in the world are key motivators for many successful women.

This does not mean women don’t care about financial reward or position—not at all. If women believe they are underpaid or feel their position in the organization doesn’t reflect the level of their contribution, they will resent it. And this will certainly impact their commitment and their perception of success. After all, money and position are still the carrots companies use to reward people and recognize their contributions. And most people work because they need and/or want money.

However, one reason companies sometimes struggle to retain high-performing women is that their leaders operate on the presumption that high salary and high position will always be sufficient motivators even if the quality of work life is consistently low. This assumption, especially when it comes to women, is often wrong. In fact, women may end up leaving jobs that offer a high salary and position but a low quality of life. When they do, they usually report finding such jobs “not worth it.”

This is not some wild generalization, but an observation based on decades of experience, as well as hard data.

For example, my colleague Julie Johnson and I joined with Harris Interactive, the polling company, to conduct a data study on similarities and differences in how men and women perceive, define, and pursue satisfaction at work. The results appeared in our 2010 book, The Female Vision: Women’s Real Power at Work.

That survey, which was delivered to 818 men and women who held management positions in companies with more than 50 employees, found many similarities between men and women. Both men and women reported deriving great satisfaction from leading teams, from posting results that exceeded expectations, and from being recognized for their contributions.

But the results of the survey also indicated that men tended to place greater value on attaining a high position and earning a high salary, whereas women placed a higher value on the actual experience of work. Earning an excellent salary or achieving a top position did not feel as satisfying to women if they were unable to also enjoy their days. Not every day, of course. But enough to make the job feel worth it.

Research for The Female Vision also found that men tend to place a higher value than women on winning, viewing it as a source of great satisfaction and a key marker of success. They report taking great satisfaction in besting competitors, “running up the score” and they often assign a numeric value or rank to their contributions and achievements. Women, by contrast, take less satisfaction in competition and scorekeeping and often go out of their way to describe winning as the result of a collaborative endeavor. Whereas men are likely to describe themselves as “playing to win,” women are likely to agree with the statement “I will pick up the slack for others to assure that a project is successful.”

My co-author Marshall Goldsmith’s experience working with successful leaders confirms these findings. Among the men he’s worked with, he finds the biggest single problem is an excessive need to win–– to win everything in sight, even when it’s not important. By contrast, although the women he’s worked with women like to win, they tend to be less interested in winning for themselves than in helping their organizations or their teams to win.

Women’s reluctance to view money, position and winning as chief benchmarks of success can be psychologically healthy for them and great for their teams and organizations–– not to mention their families. But it can also have a downside, leading women to underinvest in their own success even as they devote time to building up others. The instinct for self-sacrifice also lies at the bottom of a number of behaviors that hold women back.

As Marshall and I make clear in How Women Rise, the key for women seeking to maximize their talents and opportunities is not becoming a less thoughtful and giving person, but rather being purposeful and highly intentional about their choices while also addressing the behaviors that keep them stuck. This will pave the way to lasting success–– however a woman decides to define it.

Leadership expert Sally Helgesen and bestselling leadership coach Marshall Goldsmith identify the 12 habits that hold women back as they seek to advance, showing them why what worked for them in the past might actually be sabotaging their future success.