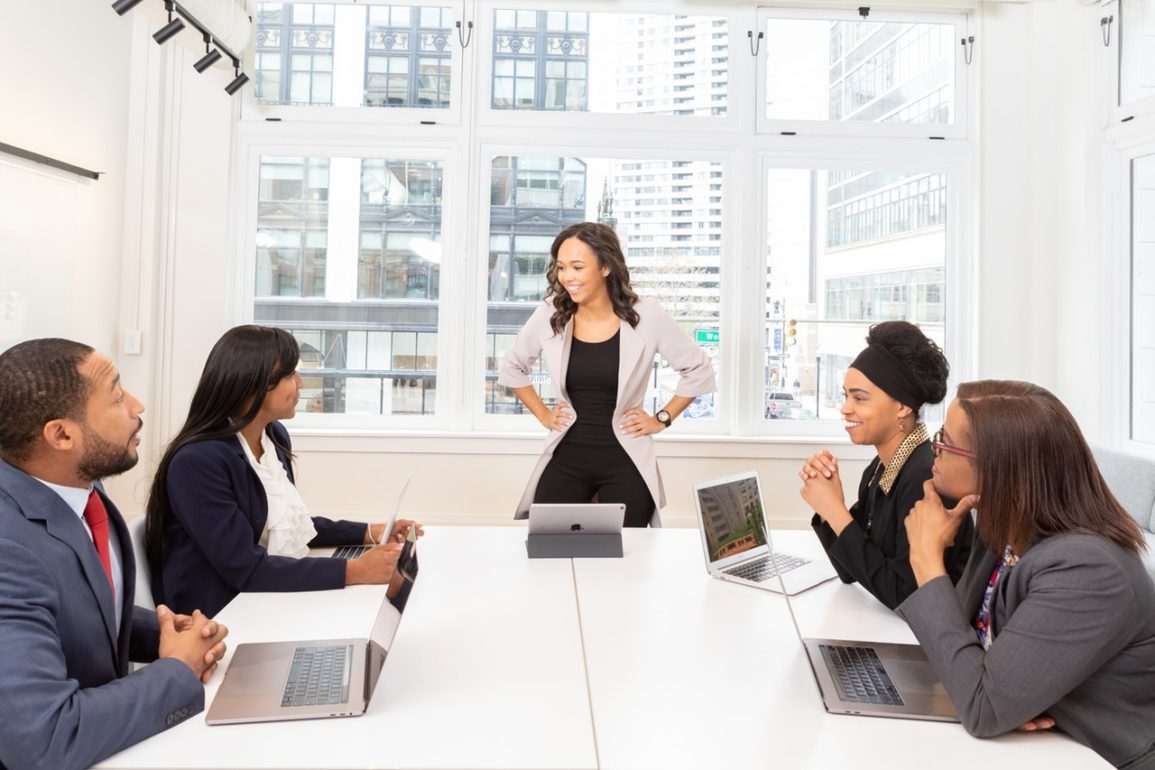 In my previous article [https://www.carayol.com/women-and-leadership-2/] we examined the interesting and instructive article by the challenging and intelligent writer on all facets of contemporary leadership, Shellie Karabell, in Forbes magazine (19th May 2016).

This article continues looking at the remaining ‘Ten Commandments’ and how they translate into today’s work environment.

6 Dress well. Identify a female executive whose style you admire and copy it as best you can. Yes, like in high school. Even if you’re attached to your own style, you might find something to improve.

Earlier this year the UK Government rejected calls for a specific ban after a campaign by temp receptionist, Nicola Thorp, who was sent home by receptionist outsourcing firm Portico, on her first day at PwC after refusing to wear a two to four-inch heels.

It is unacceptable for anyone to suffer discrimination in the workplace and being forced to wear fashionable high heels is discrimination. Surely, it’s more about how people do their jobs rather than what they wear. Once again, find the environment which will enable you to thrive, doing it ‘your’ way.

Speak Up and Speak Out

7 Use silence. Not to be confused as the antithesis of “speaking up.” Women talk more than men; they ramble, they forget the cut-off valve between mind and mouth. I have no statistics to support this – only memories of business meeting presentations made by women that went on far too long and ended badly. Silence is a useful punctuation on either side of a well-thought-out statement.

Do not ever feel that it is best to be ‘seen and not heard’. Every voice deserves to be listened to with respect. There is room for many different approaches and styles. Do not be intimidated into selling yourselves short.

8 Do what you say you’re going to do. Do less, or say more, but make it balance. Deliver on the promise; make it real.

Become known for doing what you say you are going to do. It builds trust and respect with everyone in the team and is the best way to build a rock-solid reputation. Back yourself and don’t be afraid to make a commitment, no matter how daunting the challenge that lays ahead. If you’re bold you might fail, if you’re not bold you will fail.

9 Stay positive. Not crazy Pollyanna-like Cheshire Cat grin happy; comfortable in your skin happy. Even if you’re not. Thinking of things that are going right will help you handle those things that are going wrong. Worry and pessimism only cast a pall over the realm of possibilities that could help.

Every team benefits from having those with a positive demeanour around. There is room for the more cautious and careful, but that shouldn’t mean doom and gloom every day. Constant pessimism is never fair or liked.

Circumstances change – values don’t. No matter what happens at work, stick to your values all the time – never let anyone convince you otherwise.

The value in real terms (i.e. after accounting for inflation) of the prize money won by Wimbledon men’s champion Rod Laver in 1968 was £30,000 – the first-year professional tennis players were allowed to play in the Grand Slam tournaments. The women’s champion, Billie Jean King, won £11,000. Both the men’s and women’s champions in this year’s tournament took home £2.25m.

Serena Williams, has become the role model for so many and when asked about gender pay disparity, she answered “The success of every woman should be the inspiration to another. We should raise each other up. Make sure you’re very courageous: be strong, be extremely kind, and above all be humble.”

Shellie ends with, “perhaps another list of commandments will be written before another 45 years pass …”

It will not take another 45 years, as things change for the better, so many women get stronger and are now forcing change, not just asking for it. Many men feel compelled to also fight for what is right. Together, they are an unstoppable force for good.

Britons at long last give up traditional gender roles. A new survey by the National Centre for Social Research suggests Britons have abandoned traditional views on gender roles. Almost three-quarters of the public no longer believe that women should be home-makers while men earn money. As recently as 1988, a majority still said women should stay at home while men went out.

We started with the perseverance of Khanyi, which led to the opportunity she always wanted and the late and great Maya Angelou may well have been describing her, “You may encounter many defeats, but you must not be defeated. In fact, it may be necessary to encounter the defeats, so you can know who you are, what you can rise from, how you can still come out of it.”